After Ezio’s narrow escape, follow the ghost of Altair as he leads you around the side of Masyaf fortress. Once you climb up onto solid ground, you’ll be confronted by a lone Templar guard. Take him out with your fists or a well timed counter (which will give you 100% Synch for this memory). Continue to follow Altair as he climbs around the outside of the fortress until you reach a room where you’ll pick up your hidden blades (one of which has been badly damaged by the fight in the opening sequence) as well as the Assassin Yataghan Sword. Follow the ghost of Altair up the staircase onto the ramparts, where you’ll have your first encounter with multiple opponents. Make sure to guard and tap the counter button right as they’re about to land a hit on you to take them out with ease. The red health gauge above their heads will flash white if they’re about to attack. After executing a counter, you can tap the attack button and aim at another Templar to take them out too instantly, and so on until all four are defeated. Make sure to counter kill at least one for 100% Synch! 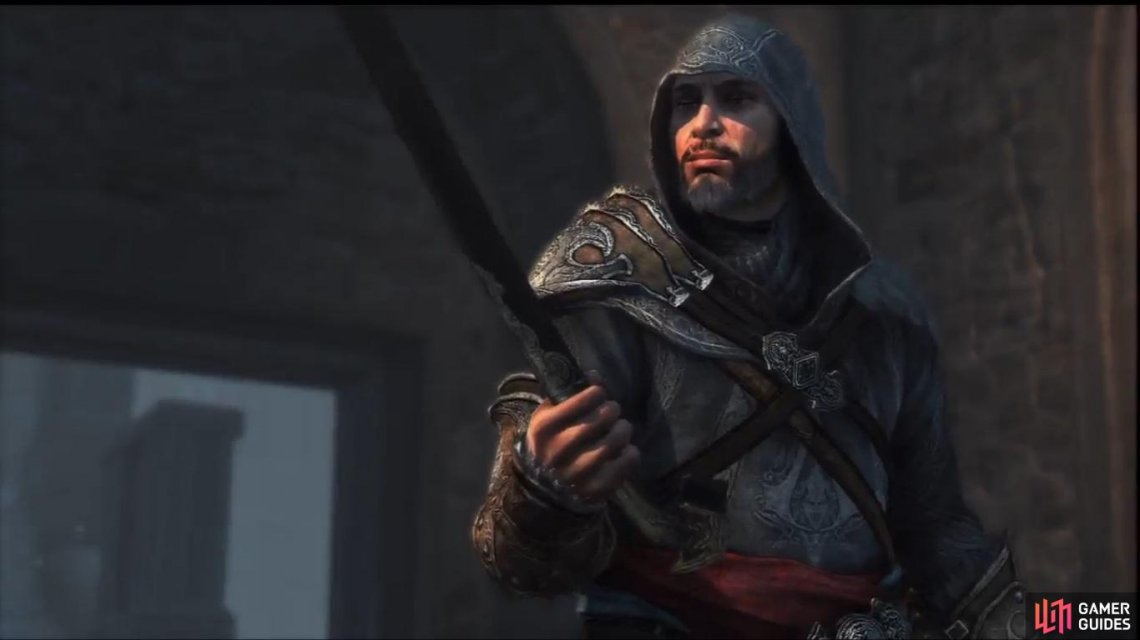 Continue to follow Altair and the onscreen instructions as your traverse the outside of the fortress, stopping to assassinate two lone Templar guards as you go. When you reach the roof, follow the ghost to the statue and press the interact button to see Ezio push the statue off of the roof, clearing a path into an underground chamber which he immediately leaps into, landing in water. Once he climbs out, you’ll be faced with a single Templar guard. Take him out and then proceed to the objective marker as instructed. In the room beneath you there are four guards. Either drop and and take them out quietly, or air assassinate the first, and fight the other three head on. After you’ve defeated them, talk to the man crouching by the door to end the first playable Memory.