Full Synchronisation Objective - Do not fail a single tail.¶

Follow the objective marker through the main hall of Masyaf to the front entrance, where you’ll see the Templars you need to tail to find their leader leaving through the main gate. Move to the wall ahead, and jump over, keeping close to the wall to avoid detection by the patrolling Templars. Alternatively, you can rush them and try and take them out in combat, but it’s easier in this case to slip by undetected.

Proceed up the hill and climb the ladder onto the fortress wall, where you’ll see another group of four Templars. This time, it’s very difficult to get past without being seen, so try and come in behind them and assassinate at least one before they react, turning the odds in your favour. Climb up the wall afterwards, moving towards the marker on the map. When the game prompts you to, leap off of the wall and hit the action button to open your parachute, and follow the Templars down the hill from the air. 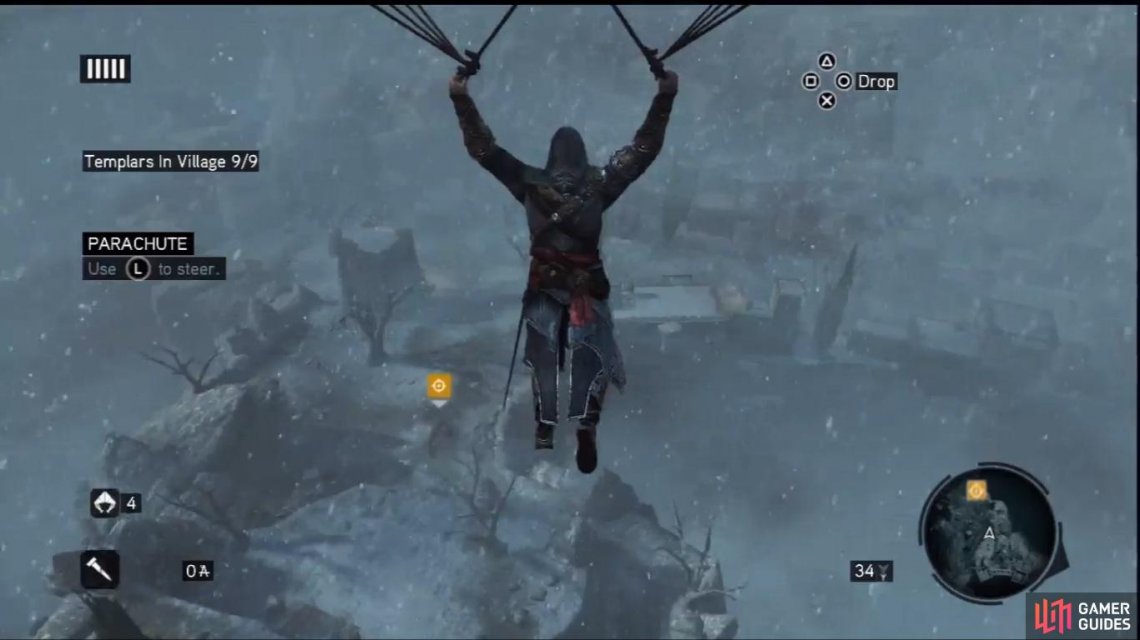 Be careful to not overtake them when they turn the corner to the right, and try to land on high ground to make sure they won’t spot you!

In order to get 100% Synch, you need to follow them down the hill without getting too close. Don’t worry too much about hiding in crowd groups at this stage, they don’t turn around to check for followers and it’s only a short distance to the village square, where you’ll run into the Templar Commander Leandros again and the chase is on.