You’ll begin this Memory right after the cutscene, Leandros fleeing in a carriage with you clinging to a rope behind it. You can steer Ezio with the left stick, so try and avoid hitting any of the rocky outcrops or other obstaces. As it takes a second or two to move, you need to start any evasive manouvres very early to avoid being hit. After a short distance, the rope will start to fray and you need to begin climbing the rope towards the carriage, all the while evading rocks. Focus on moving up the rope as quickly as possible, and eventually Leandros will commandeer the carriage of another Templar, killing him in his haste to escape you. Ezio will wrest control of a third carriage, and now you will take over driving. The most important thing to focus on is not trying to ram the Templars pursuing you, but rather in avoiding the rocky patches of ground - these take our your health very quickly. Instead, try and time your movements so that you push the Templars onto them. This applies to Leandros too, when you catch up to him. When trying to weaken his carriage, the path between the rocky ground becomes much more narrow, so again just try to avoid the rocks and push him onto them. Don’t worry too much about taking him down, just survive, as after a short distance you will come to a fork in the road and the memory will end with a short cutscene. 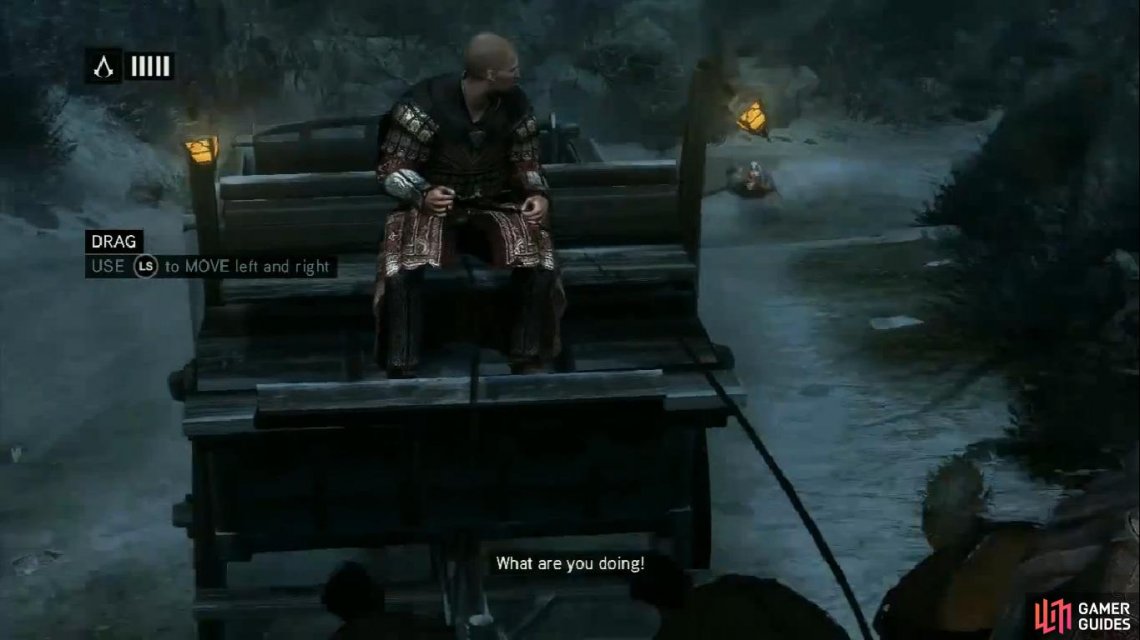