Full Synchronisation Requirement - Do not be detected while you search for the prisoners.¶

Meet with your returned apprentice by the docks to begin this Memory. He’ll explain that the renegade assassin you encountered before, known as the Sentinel, has kidnapped two assassins from the nearby den and is holding them hostage. Proceed to the objective markers and you’ll find a restricted area, heavily populated by Templar soldiers.

Getting to the two captives without being detected can be a little tricky with a conventional approach, so being more aggressive than usual can actually work in your favour. One good method is to use lethal bombs to take out the clustered groups of guards from the safety of a blended crowd group, avoiding the rooftops entirely as the riflemen can spot you from very far away. Use the bodies of slain Templars to lure others away from their patrol routes until you can reach the captive assassins. Free the first then proceed to the second. Using poison can also work well too to create a distraction, as well as your Assassin Signals. When you free the second, she will explain that you’ve been set up – the Sentinel is heading for your den now that you and your apprentice have been lured away.

Race to the den with your assassins to find the Sentinel there and the chase is on. Simply keep up with him and wait for your apprentice to leap onto him from a rooftop to bring him down for good. 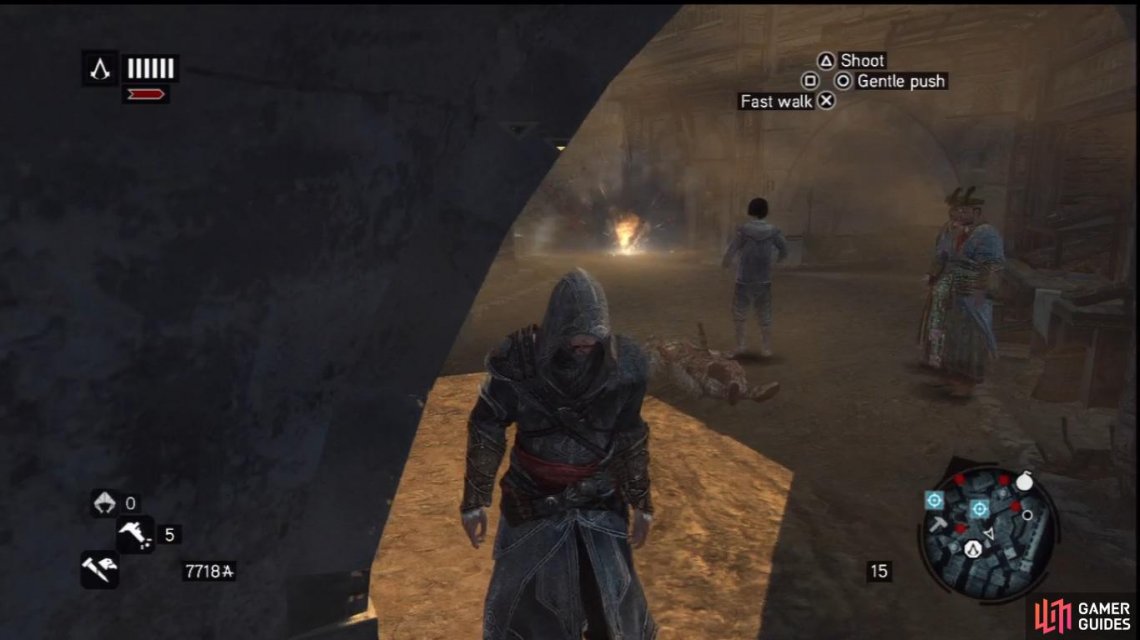 Sometimes a more direct approach can be very effective!