Memory 1 - Into the Shadows

Full Synchronisation Requirement - Perform an assassination from a hiding spot

The location of the lone Janissary is marked for you. Head north and you will see him standing at the corner of a building, glowing gold in Eagle Sense and probably harassing a citizen or two. Don’t get too close or he will be become aggressive and you will fail the Memory.

The full synch objective calls from an assassination from a hiding spot, and it has to be the Janissary, nobody else. Well luckily, there is a haystack slightly southeast of him, in the corner of two buildings, right near a black market bomb salesman from who you should purchase Cherry Bombs if you don’t have any (or at least distraction smoke bombs).

Throw one right behind the haystack and the Janissary should come to investigate - if he doesn’t, try and lure him closer with more bombs first. Hide in the haystack and assassinate him when he gets close. If you can’t reach him, don’t be afraid to do the high profile leaping assassinate from the haystack, it will usually still give you full synchronisation, even if you’re detected as you do it. 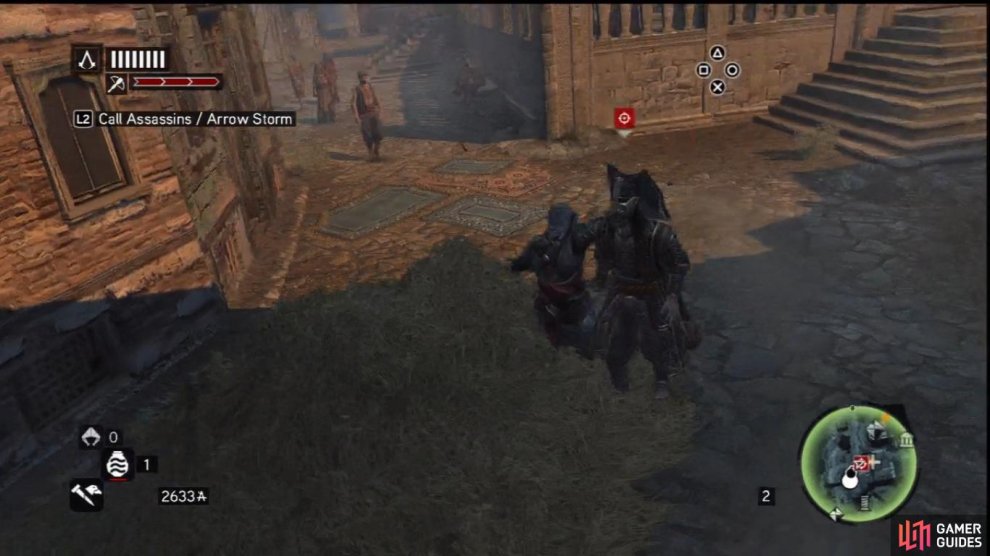