After the cutscene, walk along with the young assassin as he talks. He’ll lead you to the first slope leading further into Masyaf village. Go up the slope where the first two Captains are standing across from each other, ironically talking about the rumours of your return. Stand between them and use a double hidden blade assassinate to kill them both.

Go to the left and up the next hill, toward the third captain. He will run from you and your followers when you get closer. Follow him and more apprentice assassins will join you along the way. When battle with him and the assassins loyal to him breaks out, just go straight for the captain, ignoring everything else. Getting close will make him target you. Stay defensive, and then wait for him to strike and counter it to kill him cleanly.

Now just walk the rest of the way to the fortress gate and your final target, using R1/the R button for a small burst of speed to make it a little less arduous. Be careful to not ruin the optional objective by killing anyone else on the way. After the final Captain expresses his loyalty to you, step inside the fortress and make your way to the main door through the crowd. Be careful though, as some of the assassins will take the opportunity to strike at you. Disarm them carefully as you did in a previous Altair Memory to avoid killing anyone. Make sure to not call for help either, or your apprentices will kill someone and ruin the bonus objective. Once inside, talk to Abbas, and then when instructed, use the gun to take him out. 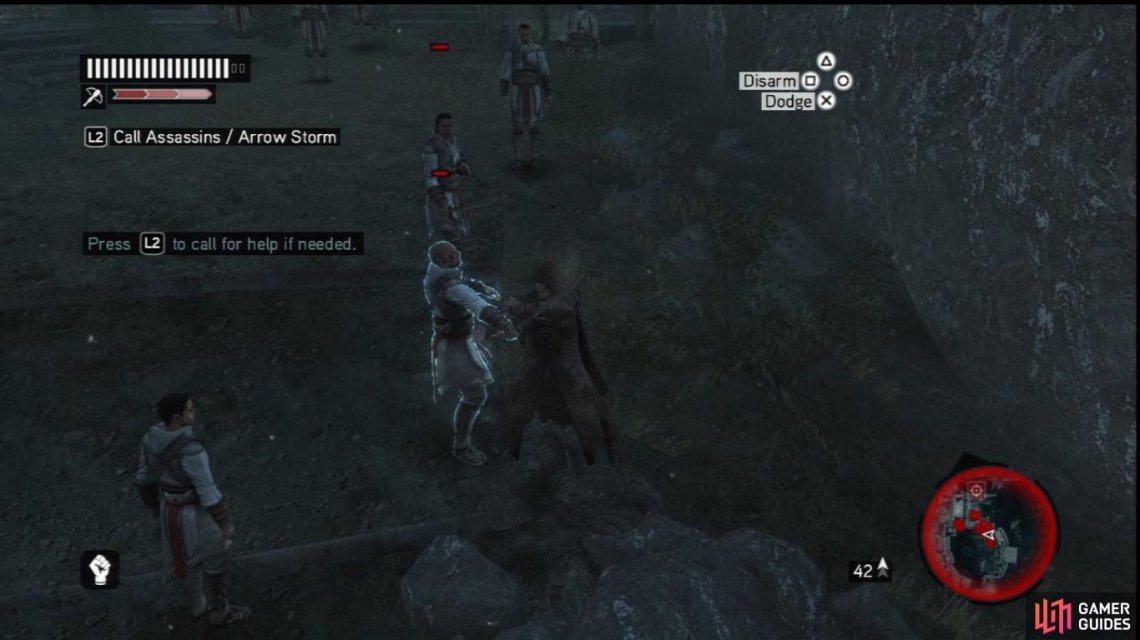 Make sure to not call for help if you want Full Synch!