Head straight head towards the column, and then start to climb over towards the first rifleman. Keep in mind you’re under a very strict time limit if you want the full synchronisation requirement, so try and be as precise as you can and to take the shortest and simplest climbing paths.

At the top, the assassination prompt should appear, press the button to pull the Templar rifleman off of the ledge to his death after a quick hidden blade stab. With one down, only a few guards are left between you and your target. Move quickly, scale the next wall and wait for the assassination prompt at the top of the railing for your second kill. Go into the corner and climb up onto the ledge for another Ledge Assassination. Climb the final wall, and the camera will rotate around. At the top of your climb, the prompt will appear again, hit it for a back eject and assassination combo. Loot the chests if you wish, and then step out onto the cross, lock on to Shakulu and then, as you did with Tariq, perform an Air Assassination to bring him down.

Or does it? Quickly draw your sword, as you’ll have to fight him and a few guards at the same time. Time your counters and use execution streaks to clear out the guards and reduce Shakulu’s health. He behaves much like a Janissary, except he lacks the annoying pistol, and thus takes three counters to bring down with a strong sword or the hidden blades. After you third counter, make sure to loot his body for a multiplayer bonus! The guards will flee after his death, and the Memory will end. 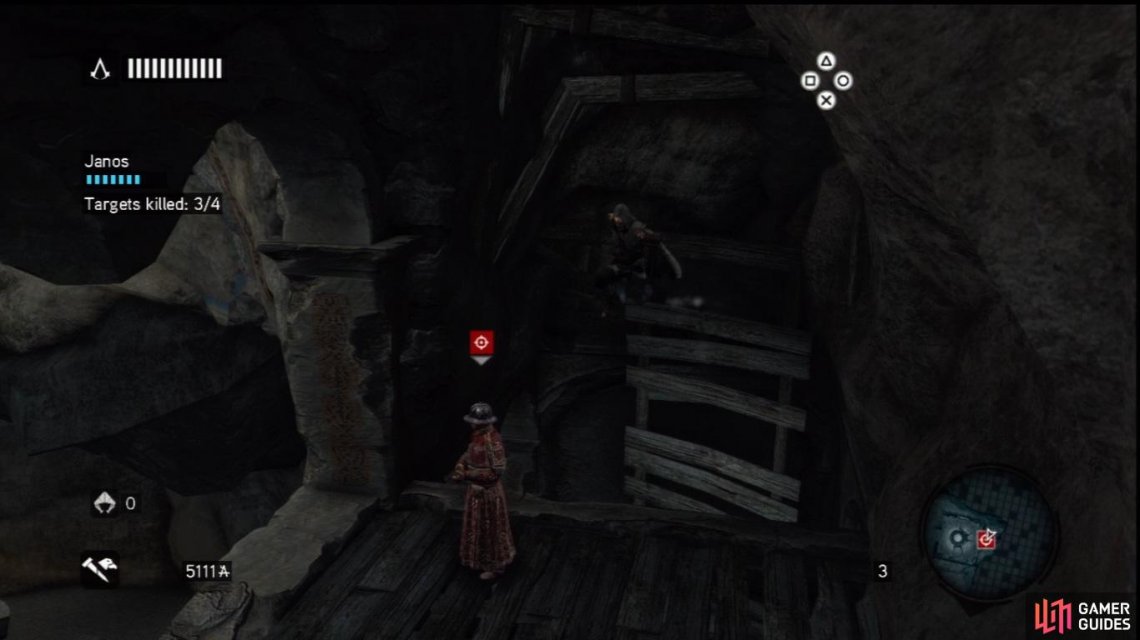