Leave the Assassin headquarters at Galata and head to the marker in the graveyard nearby. After the cutscene, head to the top of the wall for the exchange.

After the scene, run for Galata Tower as fast as you can. You’ve already climbed this once in 60 seconds, surely you can do it again even faster now for Sofia!

Climb up from the ground, and then shimmy to the right. Head up the small window, the tot he right again. On your left there will be an out of place stone that works as a handhold. Use the hookblade to boost your reach and get up higher. Keep moving to the right and using the windows to get higher on the tower. Make your way straight up when you can, and run to rescue Sofia.

After the scene, leap from the tower and immediately activate your parachute (The game gives you some if you didn’t bring any!). Simply glide straight for the marker and the tree, ignoring the rooftop Templars as your assassins will take care of them for you. Interact with Sofia to free her, and watch the scene, ending the Memory and leading straight into the next one. 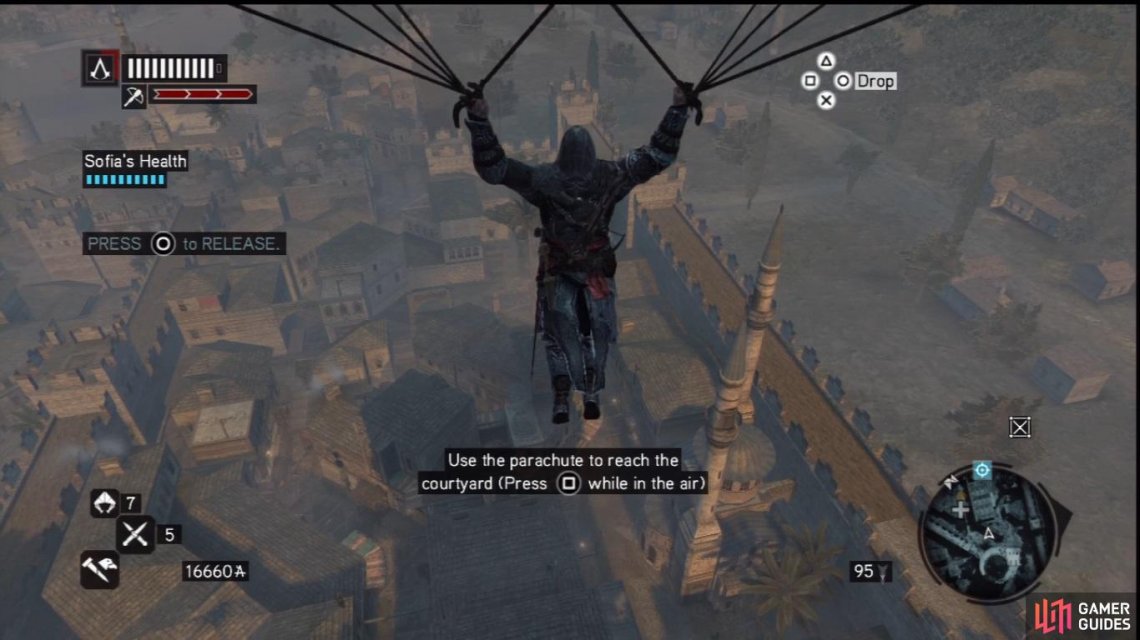