Patience asks you to find the “good” Doctor and she believes he comes to the tower. There is a lot of climbing in this mission and not so much fighting. Do not rush too far ahead or Patience will be too far away and you’ll desynchronise. Run all the way to the bottom until you see a wall you can climb up. Jump onto the beams and over to the right. Jump down on the walkway and then over a chasm as Aveline says she’ll scout ahead.

Use the beams to hop over another chasm before finding a waterfall. Don’t jump over the edge or you will die! Instead, use the boxes to the left to reach the next walkway. Climb more beams up onto the rock face and then move to the left to reach the wooden platform above. Run around the corner of the cliffs and keep following the beams until you’re back at the waterfall again. You’ll need to jump here and grab the wooden beam, then climb up to the top.

Run down a few sets of stairs and use the beams to leap over the next random hole in the ground. Inevitably, you’ll fall through the floor and end up somewhere different. In the next room are two guards who need to be dealt with so use the beams to move over to their position. Assassinate them from the air and then rush into the next area. Climb the large pillar after swinging round to the right. 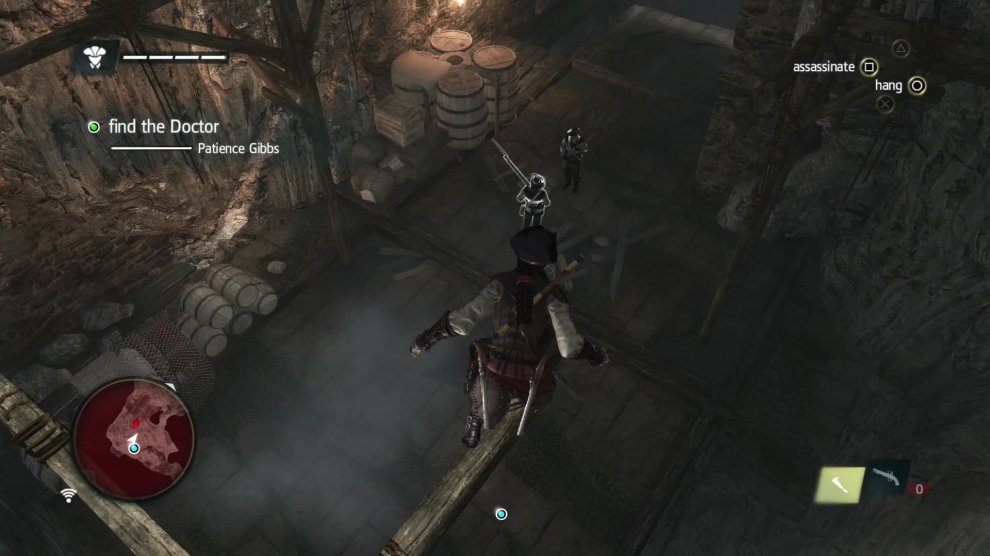 Patience’s lack of patience causes problems again as she rushes up to the guards and engages them in combat. Jump over there and kill them before they can hurt Patience. Silly woman. Exit through the doorway and jump down, over another gap to the opposite side and climb up for a scene.

If you aren’t quick to follow, guards in the next area will shoot Patience down before you can reach them so be quick off the mark. Swing across from where you are and run up the crates on the right as the door the Doctor went through will shut. When you reach the top, run straight at the gunner on the right and kill him before he shoots Patience. Quickly jump down and kill the next gunner as well. 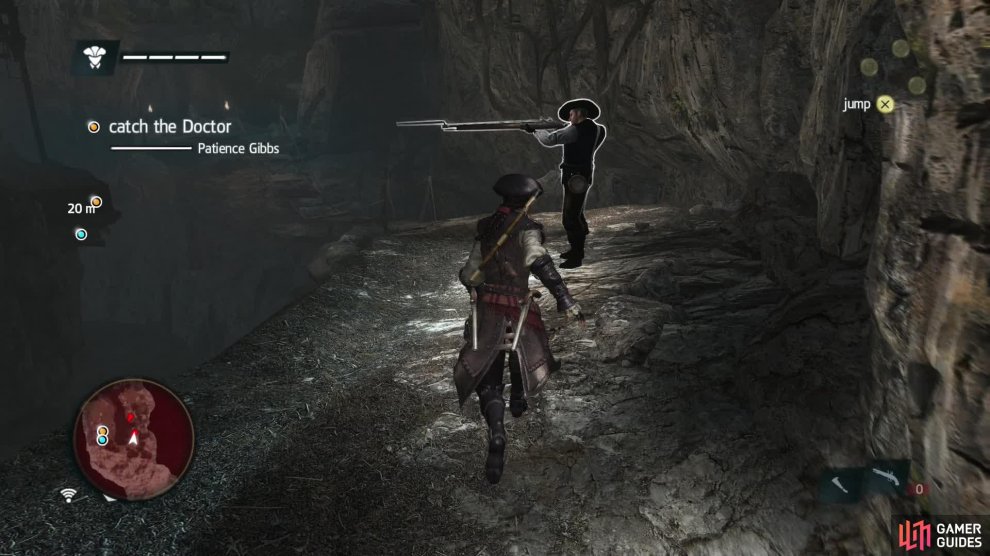 Keep running over the bridge until you reach another courtyard filled with guards just ready to take Patience down. Surprise them with a nice blade in the back before Patience gets killed. She has a fair amount of health so just hack away.

After the fight, use the lever marked by a green marker to open the gate for Patience. You must now find another way around so turn around and look for the crates stacked below the wooden platform. Climb these, then to the top and through the door here. Run down the stairs and Patience will leap out and kill the guards who train their sights on you.

Get to the top of the tower

In the next room, Patience will lower a structure that can be climbed, allowing you to reach the next balcony. Run up the stairs when you get to the top and jump across to the marked lever so Patience can get to her next area. Jump back across the platform to the lowered structure and all the way up to Patience.

Run up the next lot of stairs and jump up to the lantern. Use this to climb on top of the broken wall to the right and from here, jump across the gap and up to the balcony. Go straight ahead and up the wall here to reach another area. Use the wooden supports for climbing up to the next level. 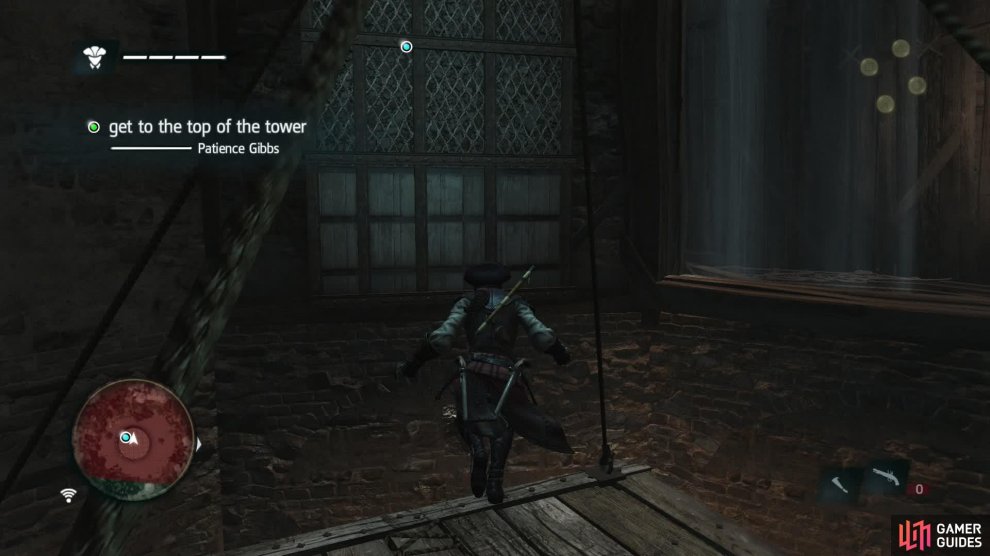 Follow the walkway to the right a little way until you see more wooden beams on the wall. Climb these so you can reach the gap in the tower wall and swing outside, following the support beams. Head for the open doorway on the other side of the tower by moving steadily right. There are plenty of handholds here to use.

When you reach the doorway, the Doctor will attack Patience. Climb up and run up behind the fool and stick a blade in his back. Serves him right. And with that, the DLC ends. 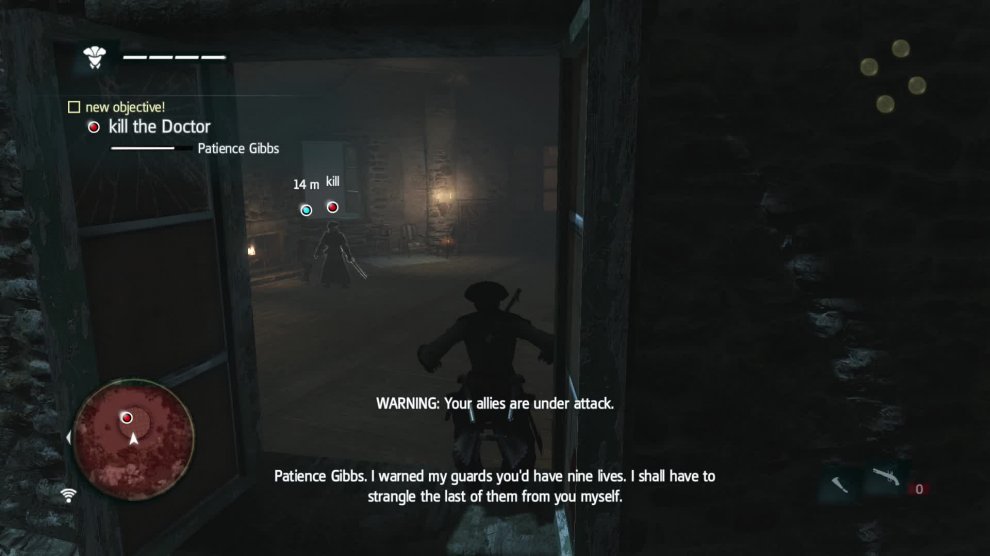