In the beginning of the mission, the game will introduce you to how to use firecrackers. Throw some down onto the ground near the guards and they will rush over to inspect. Double assassinate them while they are distracted.

Now that’s out of the way, time for the crux of the mission; to create a distraction so Adé can steal a ship. There are tons of guards between you and the tower but luckily you have dancers and firecrackers to help you out.

Head off towards the green marker and when you see a couple of guards together, throw some firecrackers out. Kill them as they run over. Duck behind corners and into haystacks where necessary and keep moving towards the tower. You won’t be penalised if you do get spotted but just make sure to clear enemies out swiftly using the blunderbuss. 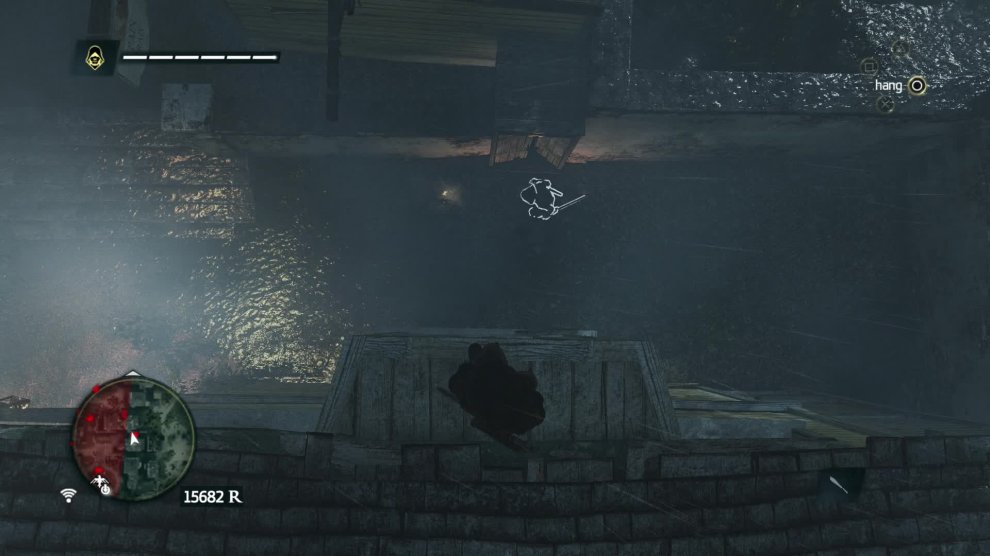 When you get within about 30 metres of the tower, you will see a group of dancers nearby. Hire them and walk over to the guards near the powder keg and distract them. The other guards around there should come over too, allowing you to either kill them or steal the keg from under their noses. If that fails, use another firecracker to help. Make sure to distract at least 4 guards with them to complete the other objective!

Pick up the powder keg and run over to the tower. Place the keg on top of the green light and then ignite it. Beware of the gunner on the top of the tower who will probably spot you as you run over. Keep running and get underneath the tower before he is fully aware. Or you can hide in the nearby bush and wait for him to jump down, inspect it and then kill him as he does. 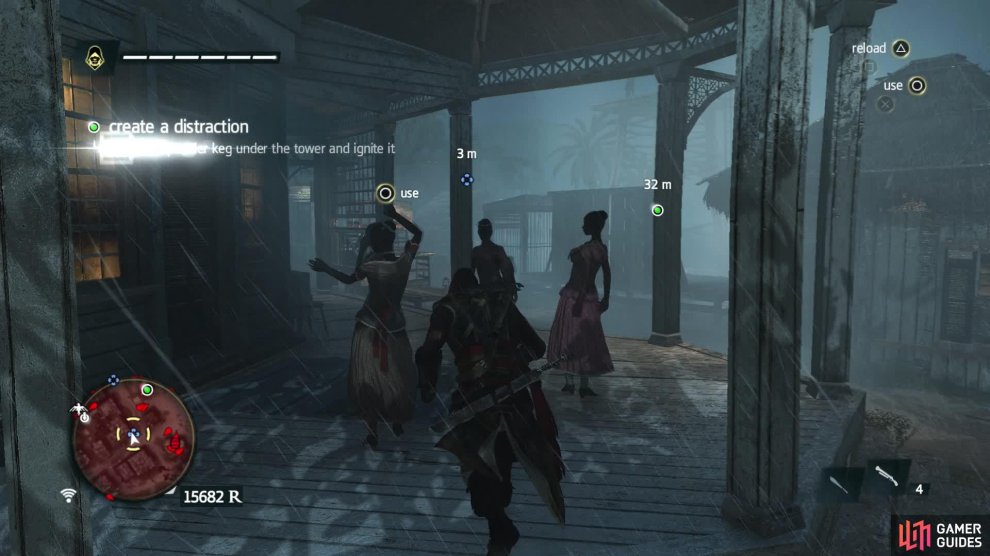 Reach the top of the mast to light the signal

After the tower has exploded, rush to the ship. Ignore any guards that try to stop you on the way. Take out the couple of guards on the deck and use the hook to launch yourself up to the platform with the gunner. Kill him and climb the mast out of sight of the adjacent gunner so he is not fully alerted. You can then reach the mast untroubled and complete the mission.

Side Activities - Liberate a slave ship

Note : attacking a slave convoy will raise your Wanted level quite significantly to the point where you will attract Hunters so be very careful.

Before you can progress the main story you are now tasked with liberating a slave ship and rescuing a total of 150 slaves or more. Slave ships typically hold around 90 slaves and 10 maroons so they are perfect for achieving a significant improvement in the resistance. However, they do not go down without a fight.

Slave ships will always have escorts of some kind, usually a couple of brigs and a gunboat. These can deal heavy damage and sink you quite easily at close range so the best way of dealing with them is to bombard them with mortars from a distance. Only when a ship is severely weakened should you move in and use round or heavy shot to finish them off. Do be aware that if you hit the slave ship, you risk killing some of the slaves so be very careful of your aim!

Keep your distance, take out the escorts and you can then initiate boarding procedures on the slave ship. These are just standard procedures so kill the designated enemies in order to free the slaves. Apart from the freed slaves, you will also gain a good amount of cargo like metal and wood as well as Reales so they are definitely worthwhile liberating. 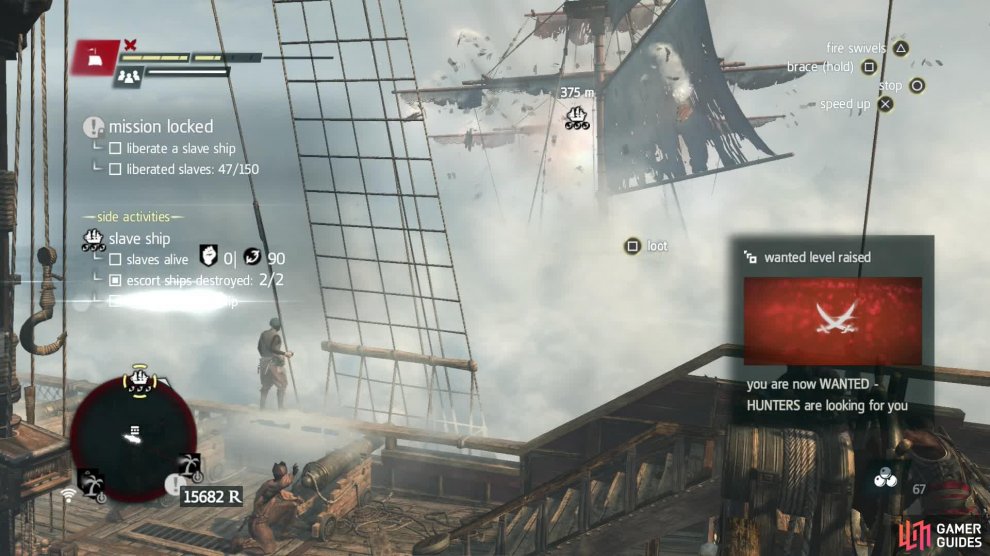 The great thing about rescuing so many slaves is that it will unlock many upgrades for Adé and the ship so don’t forget to equip the best things you can at the hideout or the merchants around Port-au-Prince.

After you have rescued enough slaves, return to Bastienne to start the next mission.