Memory 08 - Down With The Ship

Adé needs to intercept the slave ship. Naturally, it is accompanied by a convoy so be very aware as you approach it. Head over to the objective marker when you’re ready.

By now you should have an upgraded hull that is capable of sustaining a fair amount of damage. Couple that with strong weapons and the convoy will pose no problems for you. Try and steer the ships away from the slave ship before you start bombarding them so you don’t harm the slaves.

Each ship can throw out a fair amount of firepower so keep your distance. Mortars are incredibly useful here, especially if you can hit them when they are bunched together. Try and avoid the broadsides and attack them from directly in front or behind. This will open up vulnerabilities in the ships that can then be exploited using the swivel guns. Remember to brace when you see a lot of shots coming your way as it does minimise the damage to the ship.

Keep circling and throwing out mortars and shots and pick the ships off one by one. When there is only one escort remaining, a cutscene will play. Now you must sink the last ship before they damage the slave ship beyond a chance to save it. Deal with the ship swiftly, don’t hang around! Approach the slave ship when the escort has been dealt with. 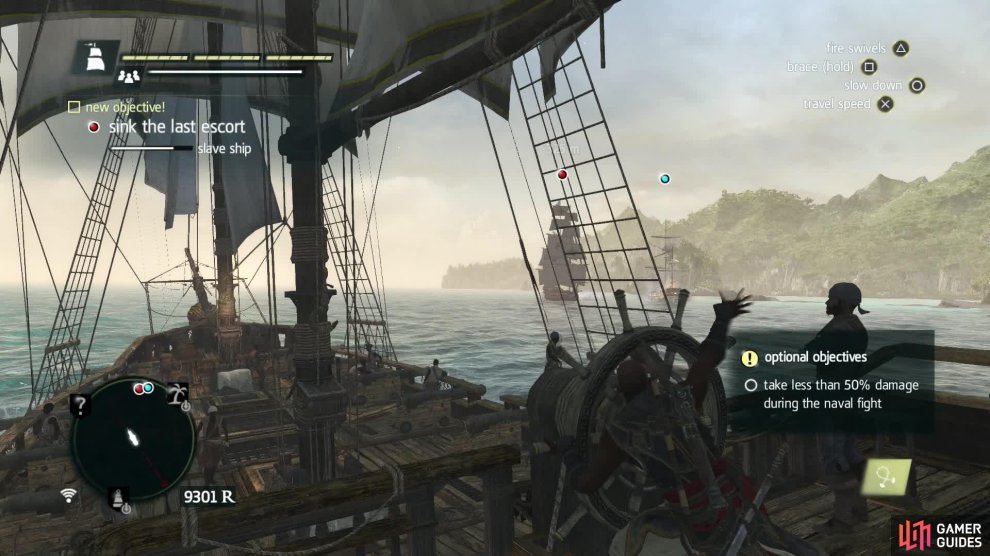 Adé has gone below deck where the ship is filling with water and the slaves are chained up, unable to escape the rising torrent of water and fire. There are groups of slaves scattered around and the ones you can rescue will glow with a gold light. To liberate them, you must perform a Quick Time Event where you must follow the on-screen prompts by pressing the corresponding button at the right time. Each one is different to the last so pay attention!

You only have so long to rescue as many slaves as you can and you really cannot afford to mess up the QTEs. The first one is just pressing three buttons. Run over to the next one where this involves repeatedly pressing a button until Adé prises the shackles free. You can find the next group of slaves if you follow the tables round to the right. This is another button mash so have at it and then a scene will play shortly after.

After the short scene, run through the open doorway ahead to the next group. Complete the three button presses and move on to the next lot for a final button mash. This should complete the optional objective to free 15 slaves. Now we need to find a way outta here. 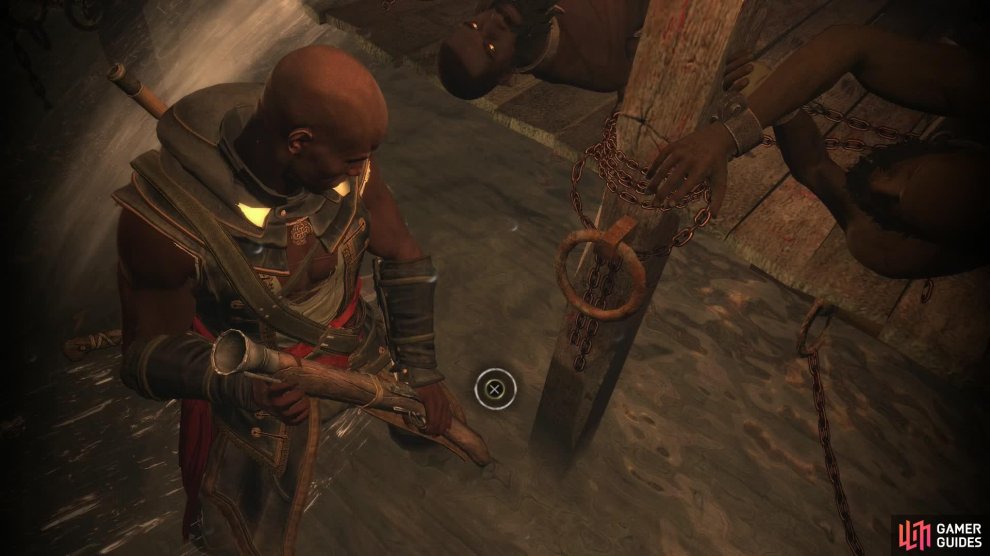 Of course the ship starts really going under while Adé is still there so he must now fight his way out. The green markers will really be a good guide here and stop you getting too disoriented so always swim towards them as a rule.

Start by swimming through the doorway and towards the hatch with the green marker above it. Swim down and ahead, past the netting, random floating bodies and other things to the next marker. Next, you need to swim back on yourself and up through a hatch for a further scene. 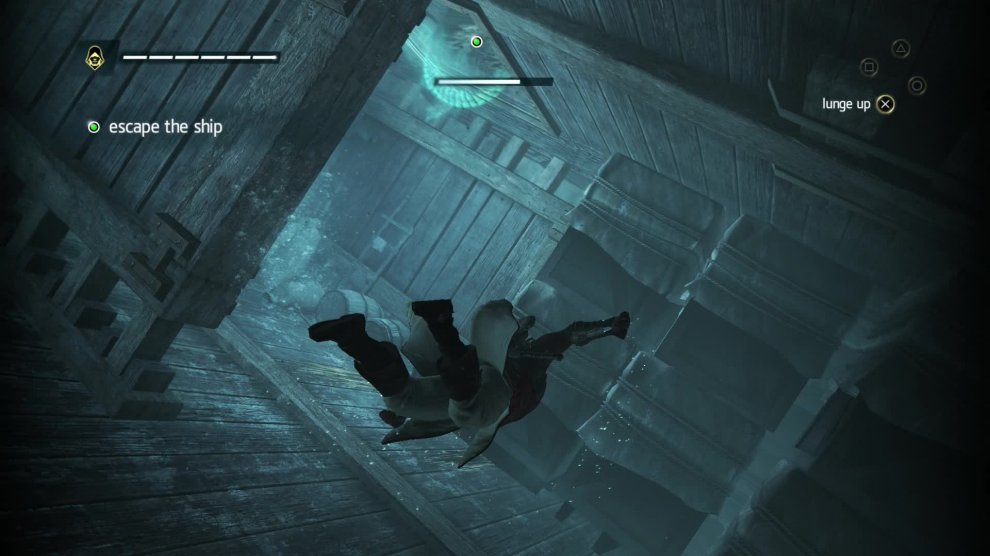 The next section is a little platforming section with plenty of climbing. Jump up to the wooden panels on the left to start your ascent and then work your way over to the right, following the beam and using the metal rings for handholds. Climb up and then hop to the right to a massive vertical hole that Adé can use to climb higher.

Grab the large beam and pull yourself up. Jump over the gap to the rings on the other side and proceed up the ship to the final marker and freedom. Phew!