This is it; the final mission. Adé is about to exact some painful revenge on de Fayet so let’s get to it.

Your first task is to locate the governor on the mansion grounds. You don’t need to worry about sneaking here because he will be alerted the moment you get close to him and we need to disarm him anyway.

Run straight up to the front gate and let the guards here take a blunderbuss shot to the face. The moment you do this, the governor will panic and run out through the gates. He will be followed by pretty much every guard so just focus on chasing him. More guards will arrive to try and stop you and join the chase but just ignore them and focus on catching the governor.

You can run in front of him and make it to where there are tons of guards stood around. Unleash your blunderbuss on the large group of guards to complete the second optional objective. Doing this here will make sure you don’t accidentally kill the governor in the blast so be careful where you fire! 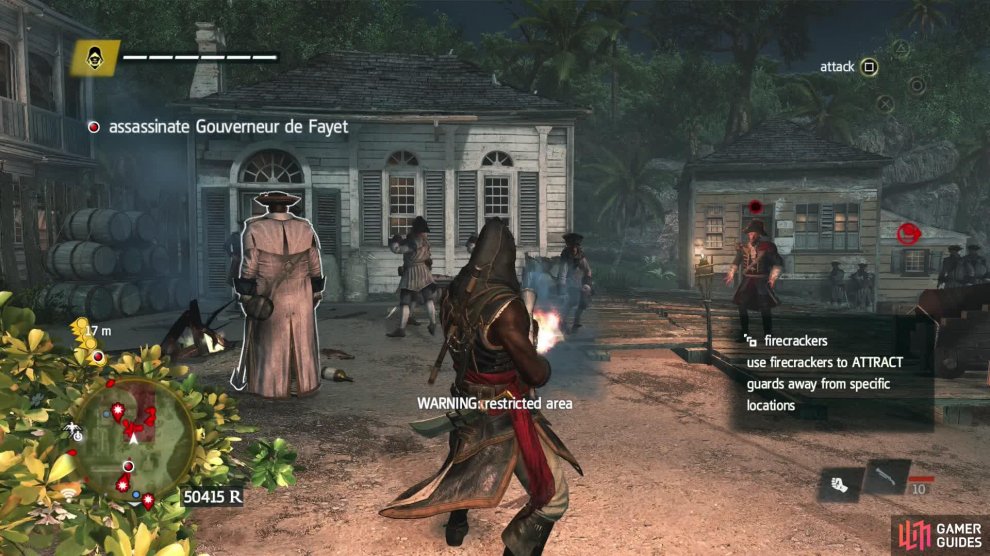 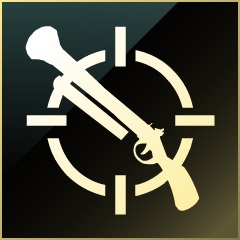 Kill 5 guards at once with a blunderbuss.

First thing to note is to unequip any weapons (other than the blunderbuss of course) because to disarm the governor, you’ll need to counter him with your bare hands and then press X or A to disarm him. Then you can proceed to attack him as normal until Adé finishes him off with the branding iron.

There will be a ton of guards that will have chased you so the best thing to do is to lead them round the back of the house on the right of the footbridge. You can then pick them off one by one a bit easier and sometimes the governor will just stand in the courtyard waiting for you. You can take your time clearing out the other guards until you’re ready to deal with him. Kill him to end the mission and the DLC. 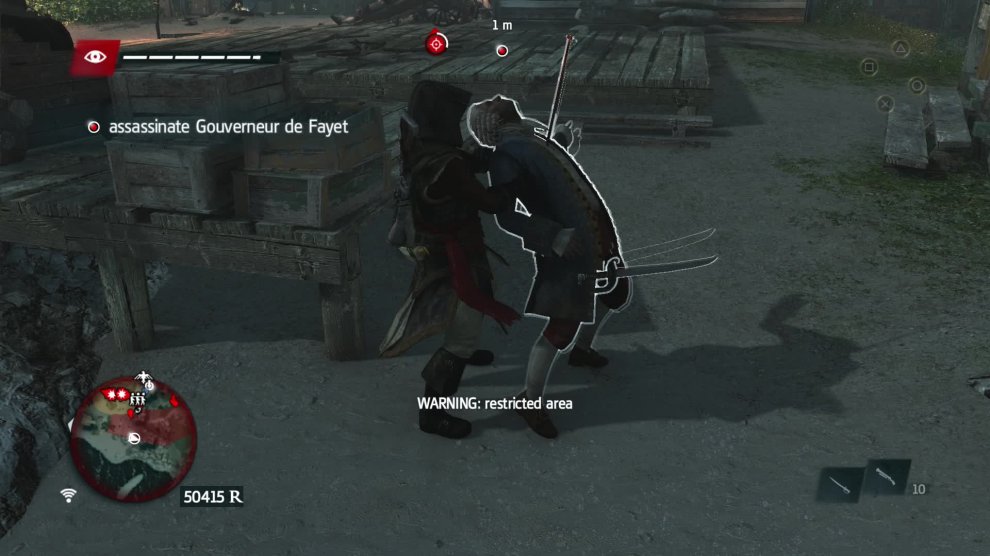 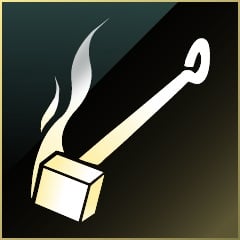 Disarm the Gouverneur and kill him with the branding iron. 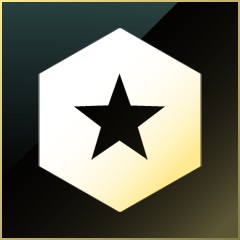 His Word Was Perhaps 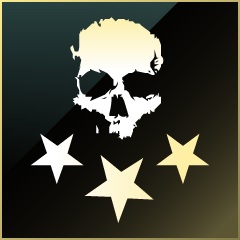