This mission will begin automatically upon re-entering the Animus.

As you leave the docks, you will need to follow Stede through the streets. After a short amount of time, he will point out a weapon shop and give you some money to purchase a new set of blades. Go ahead and buy them.

Upon exiting the shop, Stede will point out a church nearby. Climb to the top of this to reach the waypoint marker, synchronise the waypoint to progress the mission and then perform a leap of faith to return to ground level. 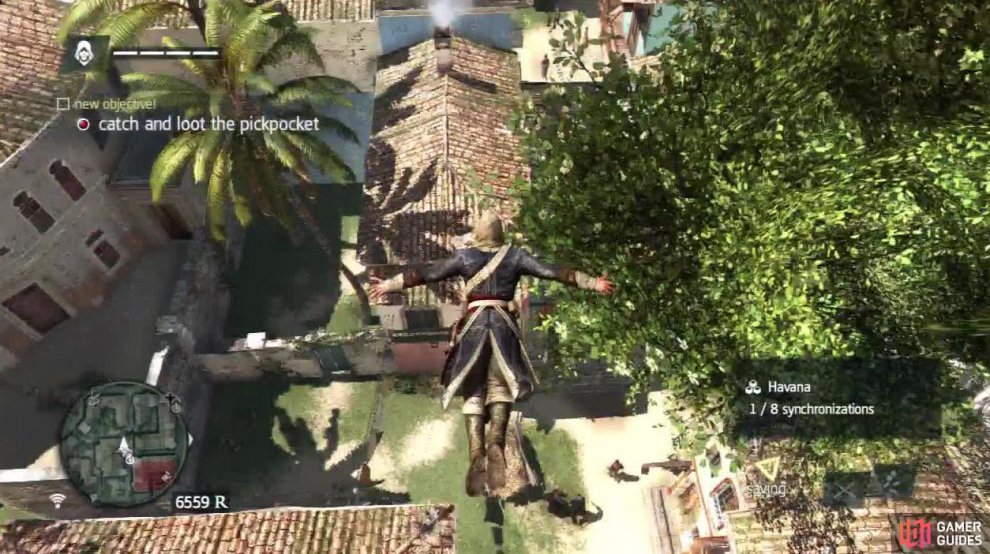 As you land; Stede will be set upon by a pickpocket. This fellow will then appear as a red objective marker. Chase him down and tackle him (for the optional objective). Kill him whilst he is down, or when he gets up and attack you. Once he is dead, loot his corpse before returning to Stede. Follow Stede into the nearby doorway for a scene.

We’ll now be in a bar fight. This acts as a bit of a primer or tutorial to the game’s hand to hand combat system (which can pretty much be applied to the melee weapons too).

Follow the on-screen tutorials to practice attacking, blocking, throwing and countering. After a few run throughs, the game will let loose and have you fight off against 5 assailants at once. Knock them all out and a scene will play. 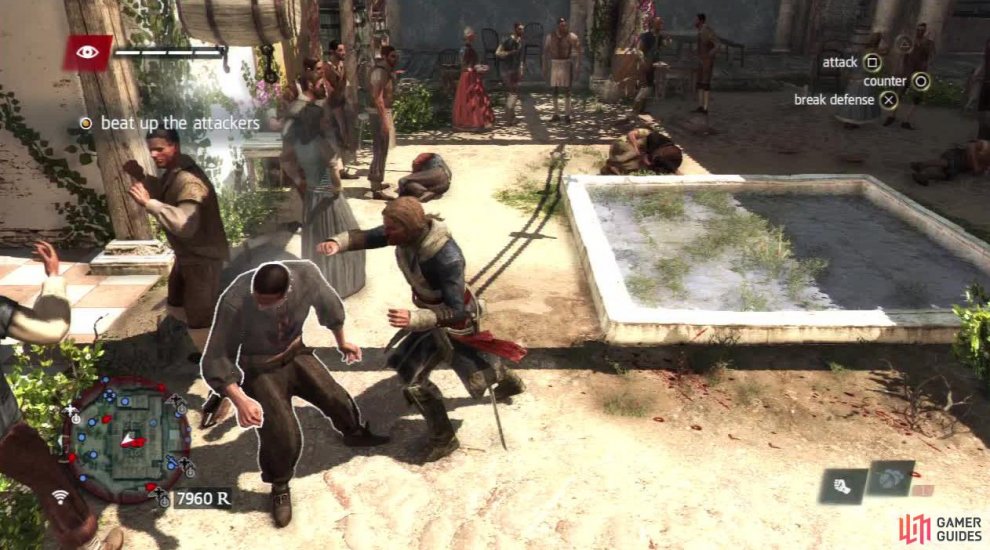 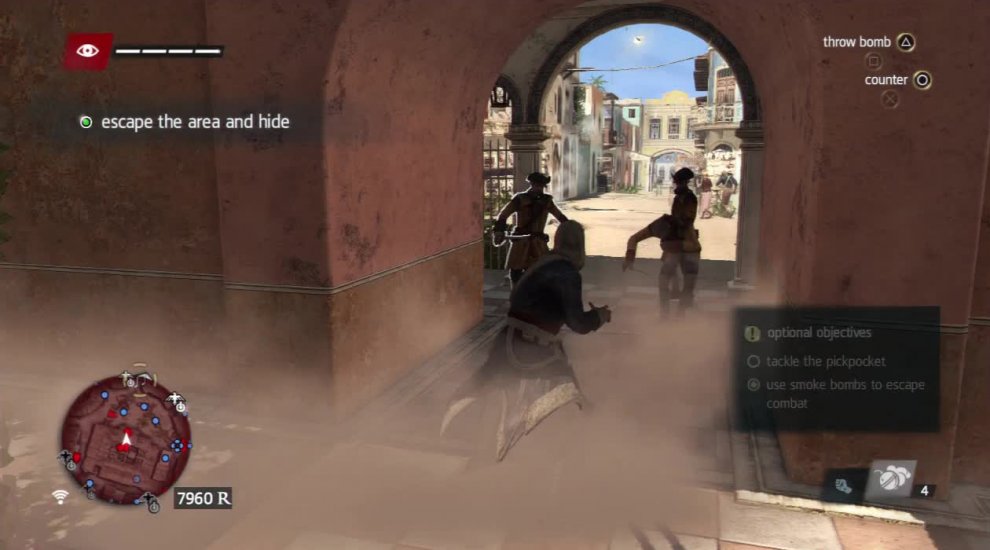 As soon as you regain control, hit the range button to drop a smoke bomb (this will complete the other optional objective). Whilst the guards in the doorway in front of you are disoriented, sprint past them and into the city. We need to exit the red circle on the map and find a place to hide (haystack, bench, crowd etc.) outside of it to lose the interest of the guards. Once the guards have given up looking for you, the mission will be complete.