To begin this mission, make your way over to the Governor’s mansion and approach the gate.

After being let into the compound, make your way forward and follow the set path to the left up to the objective market located on the terrace. A brief scene will play out.

Following the scene, you will now have a pair of pistols. A group of target dummies will appear in the garden nearby. Use these dummies to test out your new toys and get used to the pistol controls and how to use them.

Once the others stop shooting, you’ll notice one of them flashing. Go and talk to the other one – Rogers. A 'challenge' descriptor will appear over his head. Complete the shooting challenge to complete the optional objective for doing so. When you are ready to continue, go and speak with the other fellow. 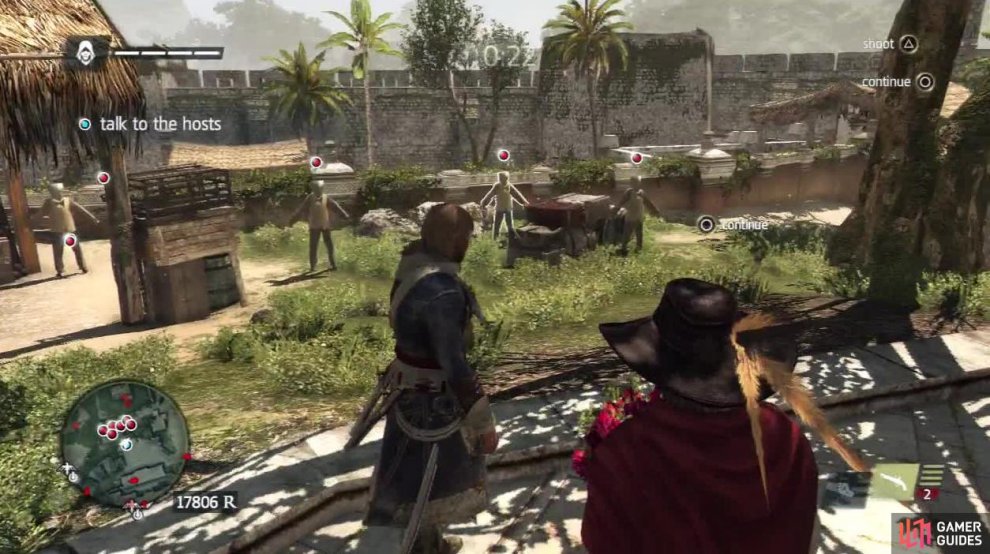 Following the scene, you’ll now have the good old Assassin’s Creed staple – the wrist mounted hidden blades. Walk with the two hosts through the garden until you reach another open area where they will come to a stop. At this point they will ask you to show them a number of different types of assassinations using the hidden blades.

Although the two hosts request various assassination demonstrations, you can pretty much just do as you like. Some of the options include:

Once you are done practicing, approach the hosts and speak with them to continue. 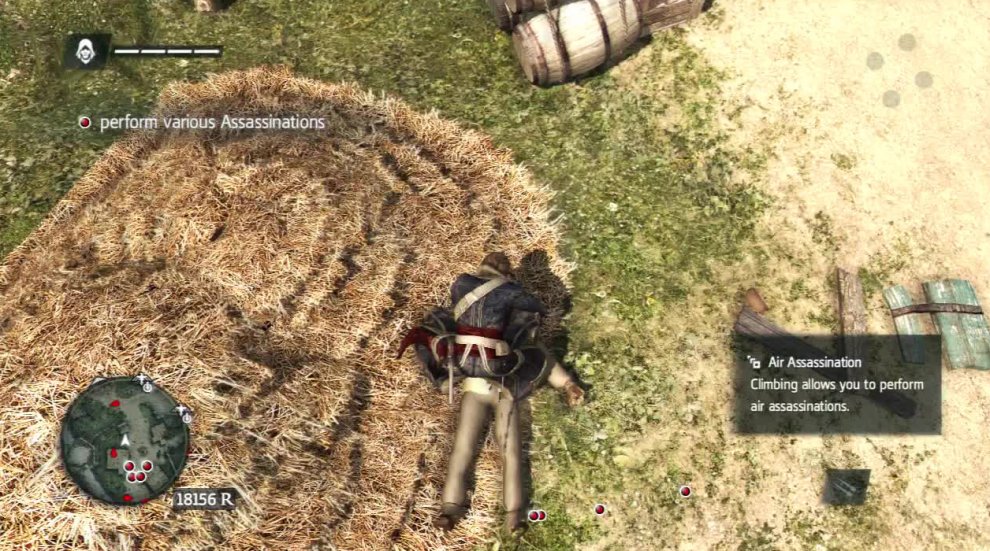 Again follow them along the road, through the training ground and up the stairs to the main building. Cross the courtyard here and go down the stairs at the end for a scene.

When you are back in control of Edward, you will be in a room with all three men bent over a map spread on a table in the centre of the room. We have about a minute of conversation before the mission ends, so quickly go and pickpocket all three of the Templars here to complete the second optional objective for the mission. Once the scene has completed, the mission will be over. 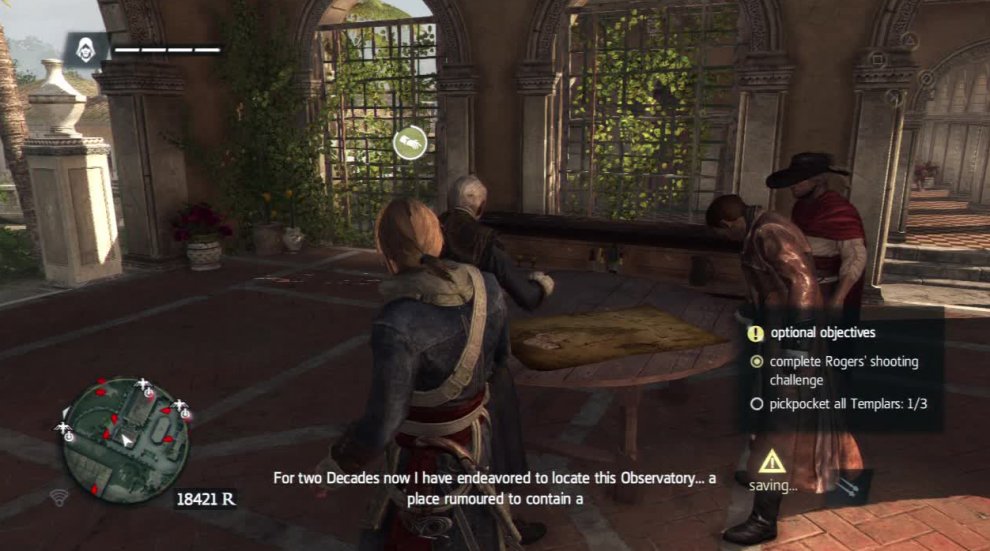