Following the previous missions, check out the world map and sail over to the objective marker at the Salt Lagoon. When you arrive at the destination, you should enter Edward’s cabin and upgrade the Jackdaw with the Heavy Shot (we need it for an optional objective during this mission). Now when you are ready, hop off the boat and swim to shore. Speak with the pirates around the campfire to start the mission.

After the introductory cinematic return to the Jackdaw and interact with the wheel to start sailing. If you look at the map, you will see that there is a green circle indicating the area in which the target is located.

Cruise all the way over to this area and use your spyglass to locate the ship named ‘El Arca Del Maestro’. It is located close to the northern end of the green zone. As the green zone is located within a restricted area, make sure that you steer clear of the cones of visions of enemy ships as you go! 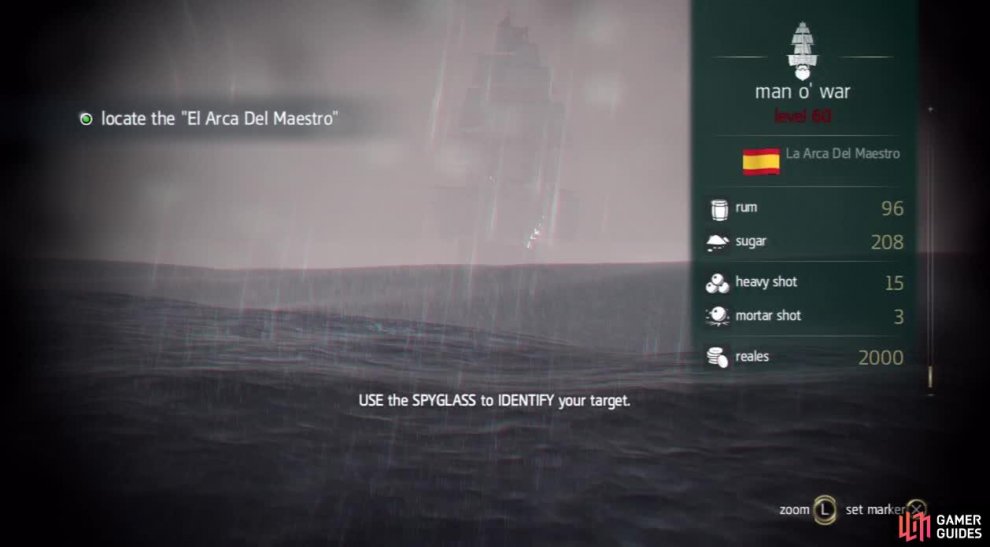 When you have identified the ship, you will notice that it has a very large field of view, stay out of this! It is a very powerful ship and it will be able to level your ship in no time. Once you have it in sight, we need to get around behind it and follow it slowly whilst staying out of its yellow field of vision. Occasionally, other ships will enter this safe area, so make sure you manoeuvre around them as necessary.

Continue to follow the large ship until you are joined by some allies. After a brief encounter, eight smaller Spanish ships will show up to the east. At this point, ignore the galleon and sail out to meet them.

During this fight, you will have the opportunity to achieve the two optional objectives - sinking two ships with a single broadside attack and destroy two ships with the heavy shot. They are all fairly weak ships, so you shouldn’t have too much trouble, even though you are outnumbered. 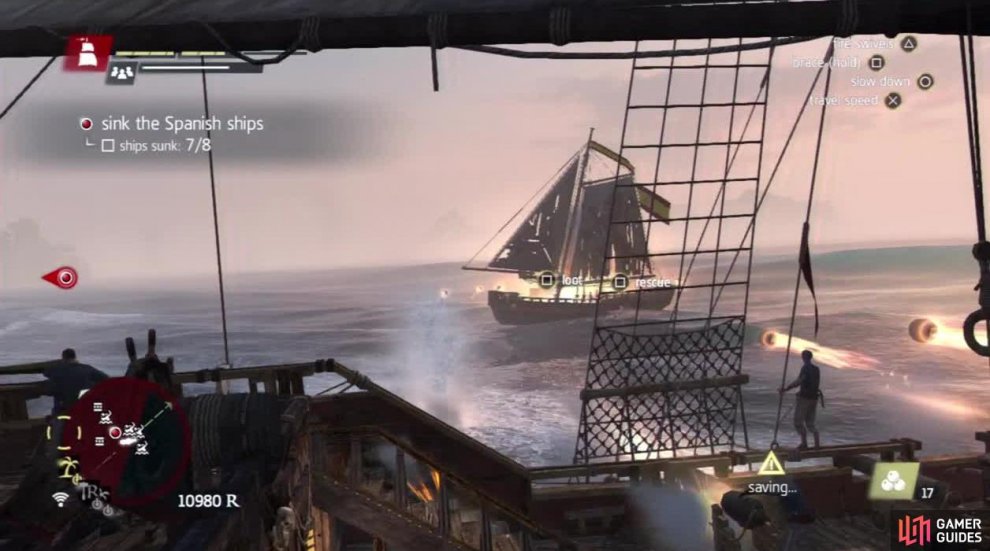 Once all of the ships have been destroyed, a scene will play to end the mission.