From the start of the mission we’ll be tailing a pair of targets. Immediately throw on Eagle Vision and tag them to make tracking them a little easier. Follow them around the back of the market stalls and hide in the crowd until they climb the stairs. Hop up the wall to the left of the stairway, cruise down the grass strip to the left of the house and enter cover in the bush next to the large stone arches in the centre of the square.

Follow them down the stairs and take cover behind the corner on the building to the left of the road when they stop for a moment. When they move on, use the rope lift on the side of the building they were standing near to reach the roof. Kill the gunner here and follow the targets using the treetop path ahead.

When you reach the far roof, kill the gunner here as well. When they go through a fenced area with guards blocking the entrance, drop down to ground level and work your way along the outside of the fence and around the corner. Hide in the stalking bushes on the opposite side of the dirt road here and follow them until they come to a stop again. 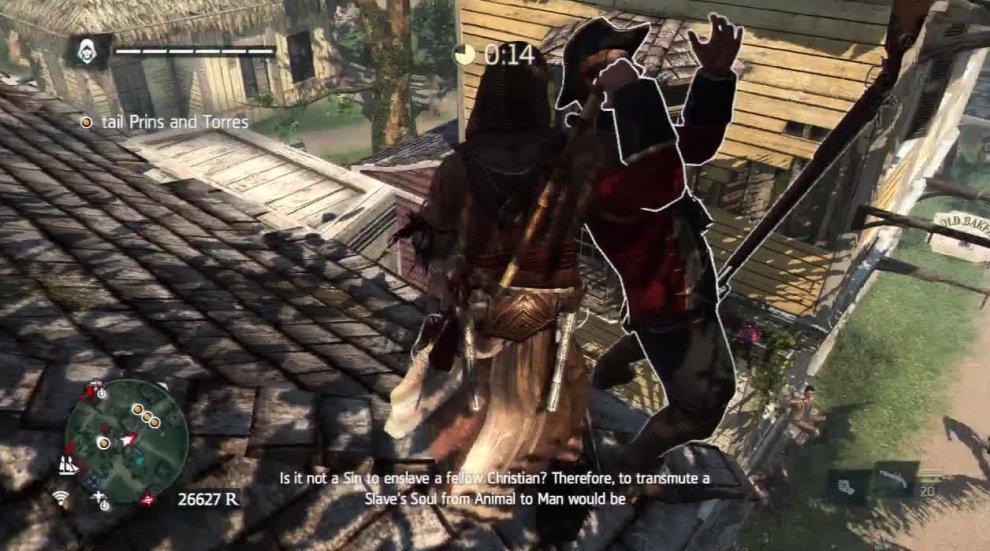 After a brief exchange, the targets will walk back past our current location and enter a restricted area with guards blocking the entrance. Climb the ladder to the right to access the rooftop here. From this location you can watch them for a short while without losing them. Continue along the rooftops, following the targets. Kill the gunner on top of the third building. Leap to the building across the street from here and again when the targets take a right turn.

You’ll end up on the roof of a building in front of the guarded gate to a farm-like area. The targets will come to a stop in the centre of this. We need to eavesdrop on them, so perform a leap of faith down into the haystack below and hop through the gap in the fence to start.

After going through the gap in the fence, enter the stalking bush. As you enter the fence, the targets will start walking off. When it is safe to do so, move up to the haystack nearby and climb inside. Assassinate the guy beside it. Next run up between the buildings where the targets went and get into the bush here. Assassinate the guard in front. 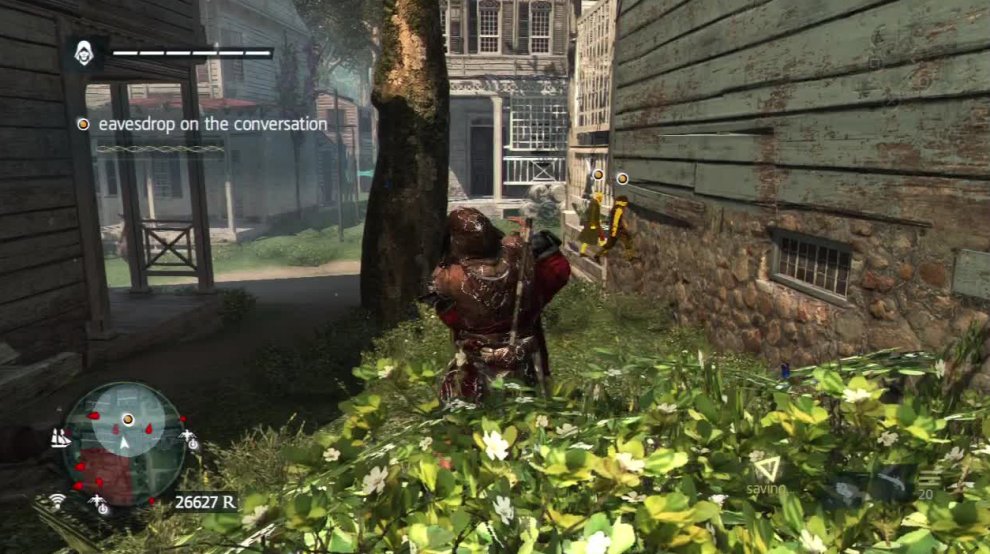 Follow them around to the right and when they take the next left turn, wait a few moments and then enter the door of the building on the corner to the left of the road they just turned down. This will put you up in a tree on the far side. Hop across the next few buildings until you reach the end of the block just before the cemetery area.

At this point, turn to the right, run across the rope and assassinate the shooter on the roof here. By this point, the targets will have moved into the cemetery. Use the wooden beam protruding from the roof here to dive into the haystack on the other side of the fence.

Assassinate the guard in front, then hop out and work your way from stalking bush to stalking bush, climbing the hill after the targets when no one is looking. Kill any guards that hang out near your hiding spots. When they reach the top of the hill the conversation will end.

As soon as the scene ends, you will be in a combat situation. It is at this time that you are able to earn the second optional objective. We need to kill five guards whilst they are temporarily stunned by smoke bombs. As such, equip them, drop them and kill the guards when they drop their guard. Easy! Keep fighting until you have eliminated all of the guards. 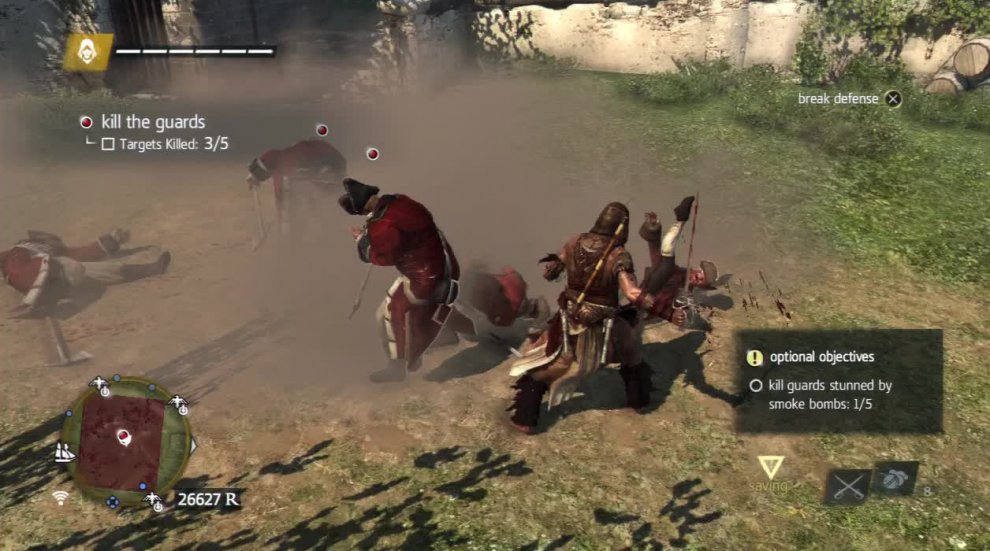 Upon the conclusion of the fight, Kidd will run off. Our new goal is to stop him. To do this, follow directly behind him, going where he goes – you’ll get stunned by smoke bombs a couple of times, but eventually you will catch up to him again. When you are in range, tackle him to end the mission. 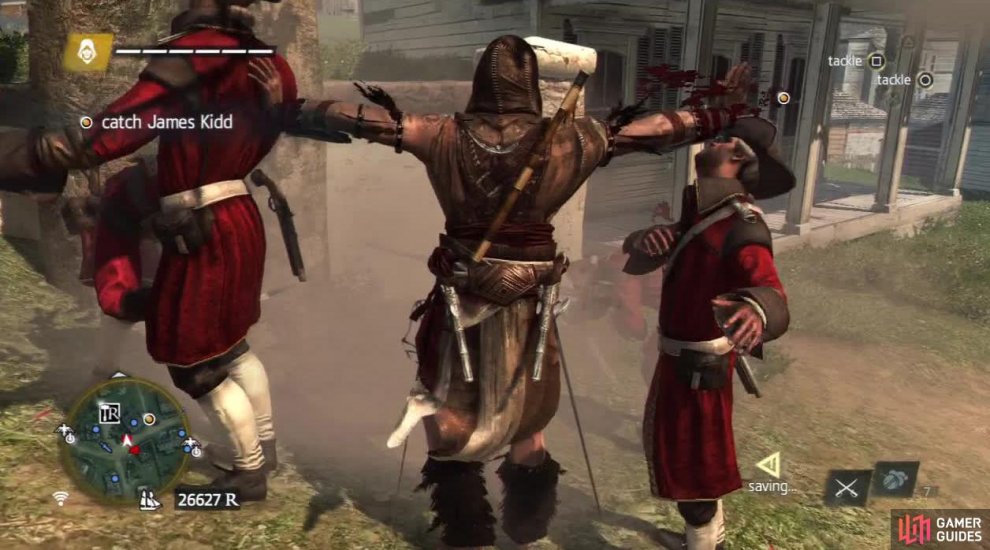