After the introduction scene, we’ll need to follow Blackbeard and co. through the streets of Nassau whilst they discuss a plan of attack. After a couple of minutes, you’ll be free to head off.

To begin the next segment of the mission however we’ll need to head to either Edward’s cabin on the jackdaw or to a Harbourmaster and purchase the Diving Bell upgrade. This will allow us to explore underwater shipwrecks.

The diving bell costs 5000 Reales , so if you do not have enough, some options to help earn some would include: selling any Sugar and Rum you have previously plundered, find and open some treasure chests, attack the easy forts and board a couple more ships until you have enough to purchase it. 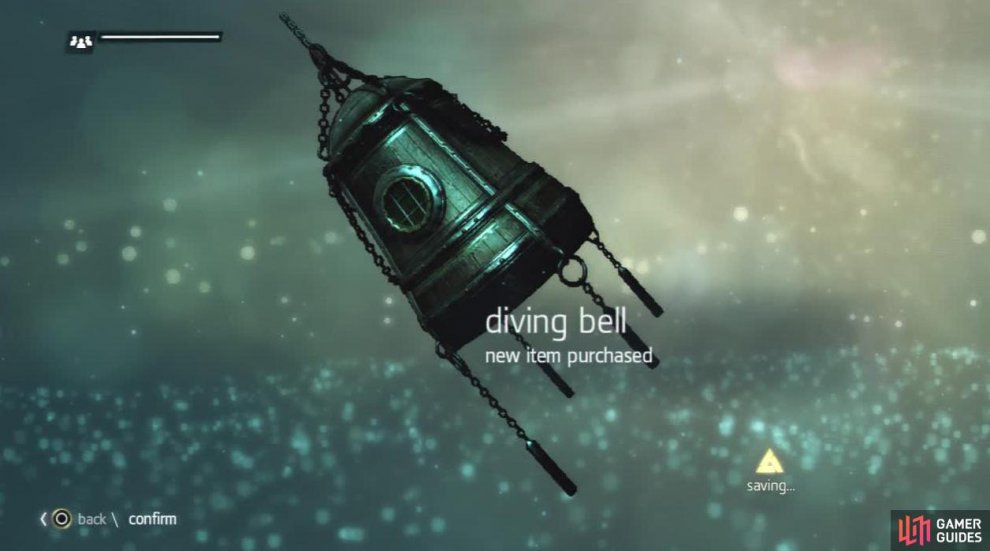 Once the bell has been purchased, the first mission’s start marker will appear.