Before proceeding with this mission, you are going to want to upgrade the Jackdaw again. Whilst it is possible to do the next few missions without doing so, upgrading at this point will make things much easier, and a little less frustrating. As this is the case, you should definitely look at having at least the following upgrades:

When you are ready to proceed, sail over to the objective marker on the world map to the south of Nassau. Approach the marker for a scene to start the mission.

The first part of the mission asks us to track down and locate Blackbeard’s ship. If you look at the map, you will see that there is a green circle indicating the area in which it is located. As with the previous mission like this, the green zone is located within a restricted area, so ensure that you steer clear of the cones of visions of enemy ships as you go!

Whilst you can attack and board ships here if you please, doing so will make things much more difficult than they need to be as if you attack a single ship, more will show up in support to attack you. 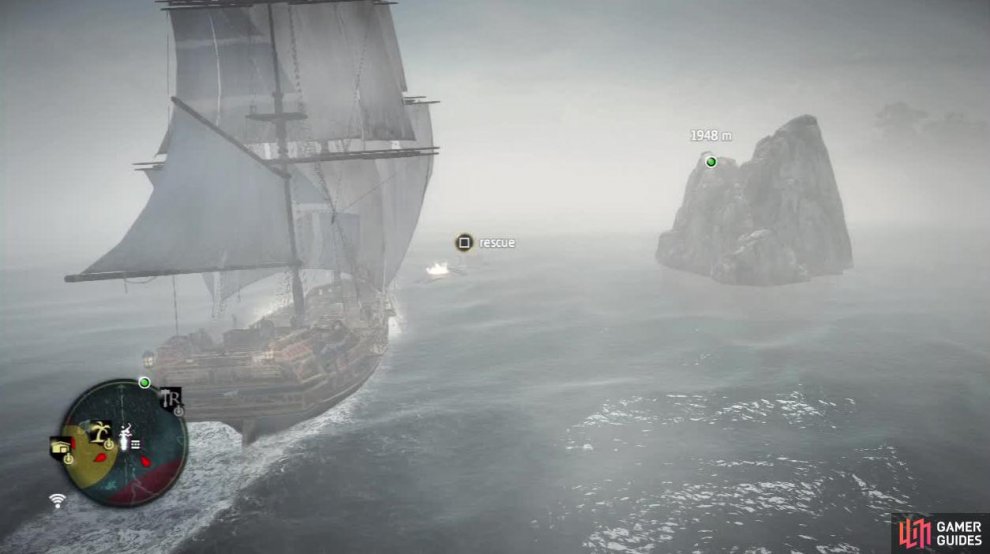 Navigate all the way over to the green zone and use your spyglass to locate the ship named ‘The Queen Anne’s Revenge’. It is located in the south-eastern portion of the green zone docked off Mariguana Island (map co-ordinates 880,544). Note that there is an optional objective to rescue five survivors from the water, so keep an eye out for the icons on the mini-map and grab them when you see them.

When you have identified the ship, you will see that it is docked. Slow down and hop off the ship here and swim to shore. Help Blackbeard and his crew defeat the enemy soldiers. As soon as you can during the fighting, make sure that you drop a smoke bomb and kill three guards whilst they are incapacitated by the smoke bombs effect.

This will complete the second optional objective for the mission. Now just clear the beach out of any remaining bad guys. 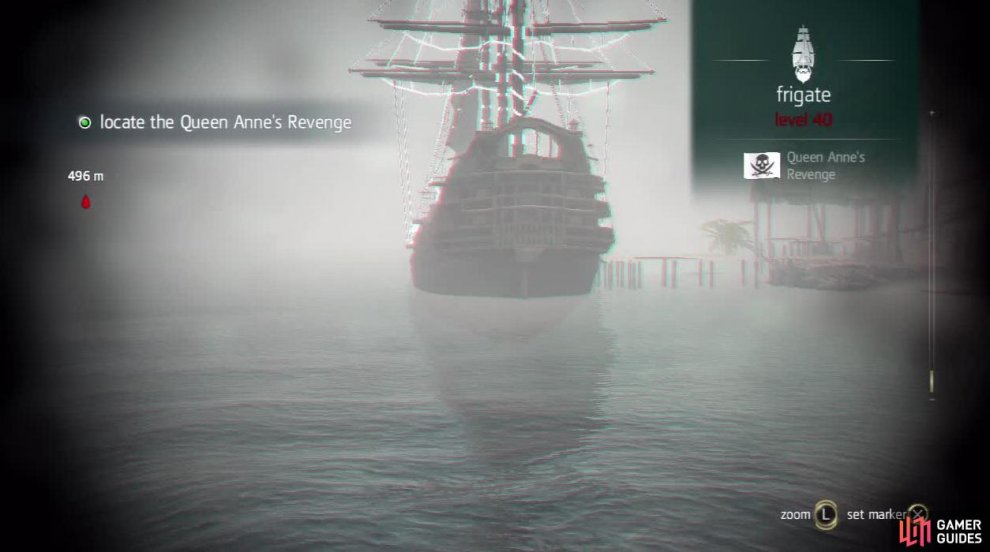 Once the island is clear, a man-o-war ship will appear in the waters offshore. Follow Blackbeard and his crew onto the Queen Anne's Revenge, make your way up to the wheel and interact with it to take control of the ship.

Head over and attack the man-o-war. The enemy vessel is equipped with mortars and has some very powerful triple firing heavy-shot cannons on its broadside, so you will want to steer around the incoming mortar shells whilst avoiding spending too much time with its sides facing you.

Fortunately, Blackbeard’s ship has some powerful broadside cannons as well, so use these to good effect as you whittle down the man-o-war’s health. When its health is low enough to board, a scene will play. 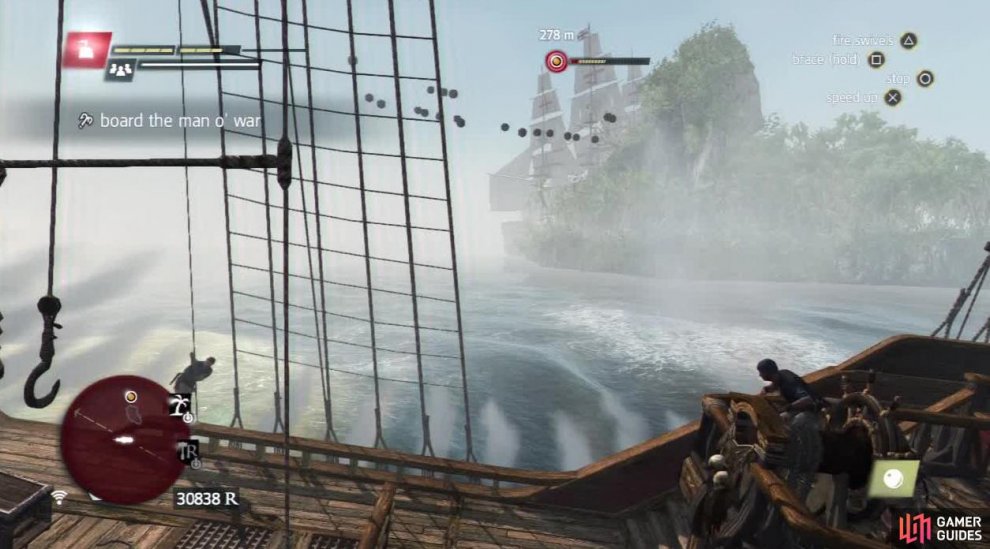 When you regain control, you will be up in the rigging of Blackbeard’s ship. Ahead you will see a gunner on the mast of the other ship. Quickly pull out your gun/sleeping darts and shoot him. Hop across to the other ship’s boom to the right of your platform and run across it to reach the deck of the enemy ship.

By the time you arrive, the captain of the ship (marked with the red objective marker) should be on the main deck. From the boom we are on, it should be easy enough to highlight him and perform an air assassination. If not, drop down and take him out. Either way, once the captain is dead, the mission will be complete.