As we begin cross the beach and find the dirt path leading inland that is marked by the crumbling ruins. Follow this path as it goes, and soon after crossing the first patch of water, you’ll be attacked by a black jaguar. Fend it off and then chase it down and kill it, skin it (there is an optional objective to skin three animals and this is our first). Continue until you reach an opening in front of a large ruined temple.

Cross the river here to reach the main building. Now we need to climb all the way over to where our friend was just before. As you reach the viewpoint here, the game will show him running off down the river. As such, synchronise the viewpoint and dive down into the river below to follow him downstream. 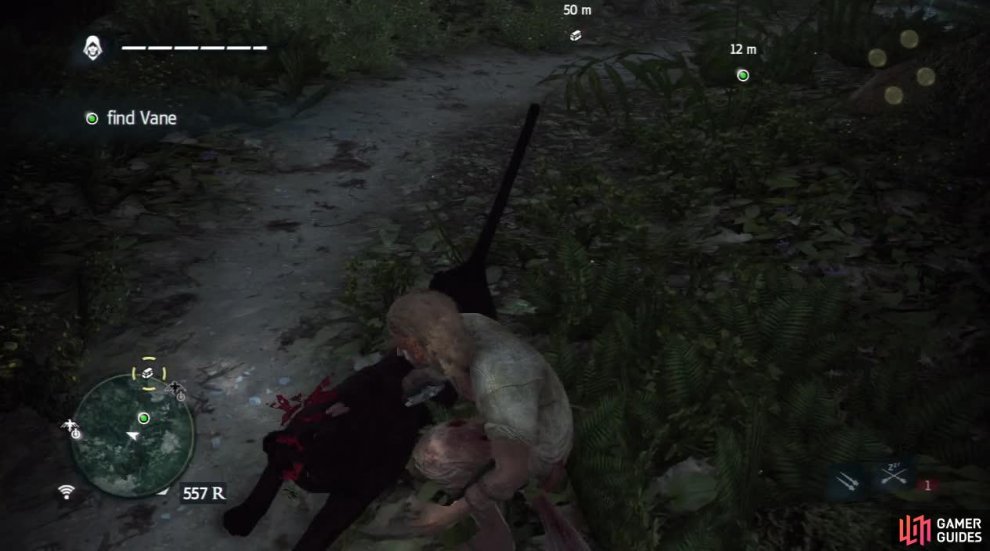 Use the log and the path through the treetops to avoid the crocodile in the small pool of water below and when you reach the far side, move forward until you see a cut-scene.

After the scene, the target will sit on a bridge and alternate between shooting at you and throwing grenades. Between shots, you want to move between the sections of ruined walls in the area between us and the target to use as cover.

Our ultimate aim is to reach the ramp leading out of the water at the far left of the area. Climb this and our target will run off. 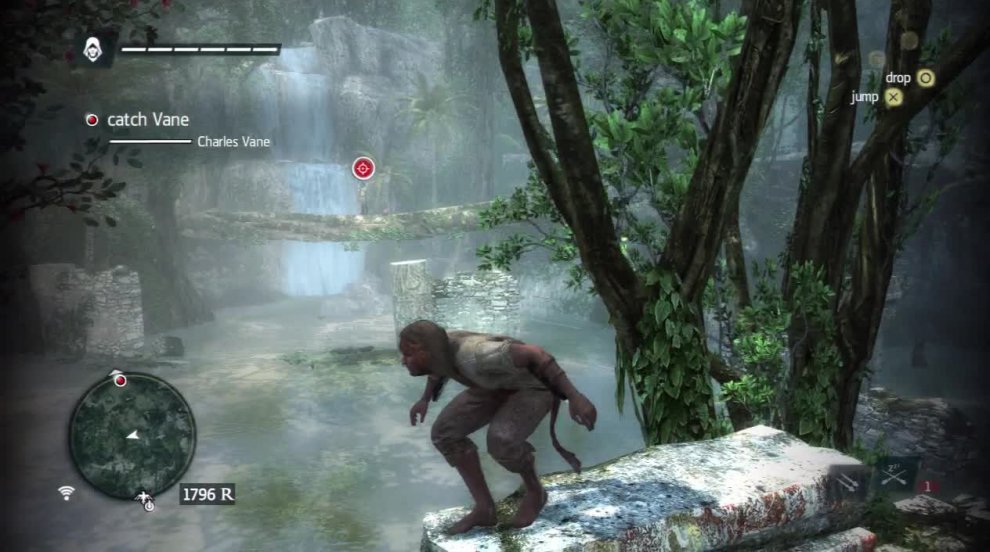 Use the now collapsed log as a ramp to climb up to the ledge on the far side of the area. Continue along the dirt path here to the left and use the bent over tree at the end as a bridge to access the treetop path. Follow this to the left. Stop and hang out in the branch just before the hunting platform. Just below this in the distance you’ll see a black jaguar, which will come in your direction. When it passes below, perform an air assassination on it and skin it.

Run over to where the black jaguar came from and cross the log bridge here. At the end, turn right and go down the hill to find another jaguar. Fight it off and then chase and kill it. Skin it to complete the optional objective. Work your way across the ruins at the bottom of the hill and follow the dirt path beyond them until you reach another open temple area. The game will show you your target once more that this point.

Similar to the previous encounter with this target, he’ll hang out on top of the temple in the distance and alternate between shooting at you and throwing grenades. Between shots, you want to move between the sections of ruined walls in the area between us and the target to use as cover.

We want to reach the base of the wall beneath him and then follow it to the right, go around the corner, still hugging the wall and climb the broken piece of stone archway in the centre of the water.

From the top of the archway, jump to the platform on the side of the building that our target is located on and scale the main part of the building to the very top. Synchronise the viewpoint here if you like and then highlight the target and perform an air assassination on him to complete the second optional objective and the mission. 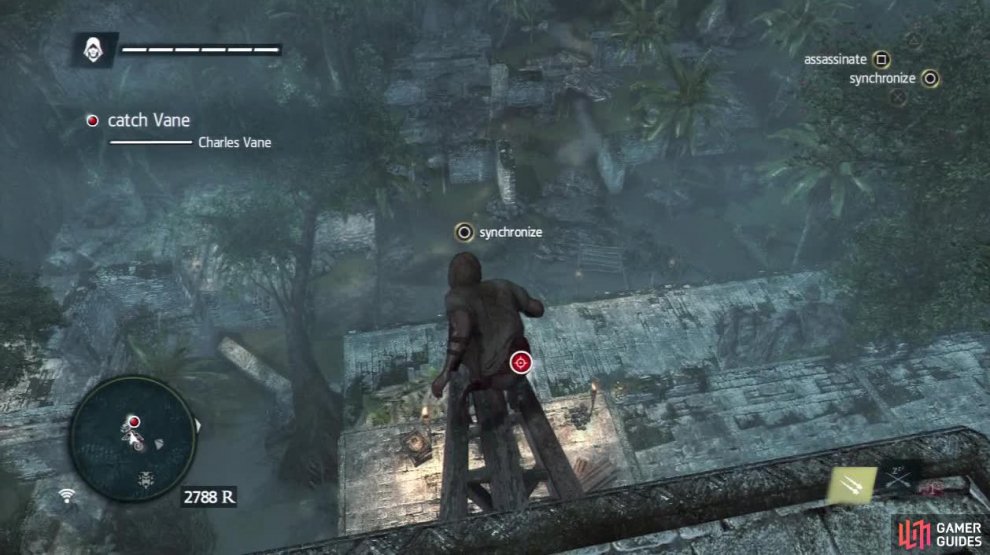 Note: For completing this mission, you will earn the achievement/trophy Adrift . 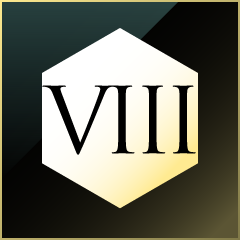