The first part of the mission asks us to track down and locate the “Benjamin” a target ship. If you look at the map, you will see that there is a green circle indicating the area in which it is located so sail your way over to this location.

As with the previous mission like this, the green zone is located within a restricted area, so ensure that you steer clear of the cones of visions of enemy ships as you go! There is an optional objective to stay out of combat whilst finding our target, so be sure to steer clear of enemy vessels if you want to earn it.

If you look at the map, you’ll see a red restricted area just outside the northwest corner of the green investigation circle. This is our ultimate destination (well the target ship is slightly off the coast at co-ordinates: 242,236).

We essentially need to follow the coast of the large island to its south all the way around until we reach the target area, use the spyglass to identify the target ship. If you managed to do all that without getting spotted along the way, you will have completed the optional objective. 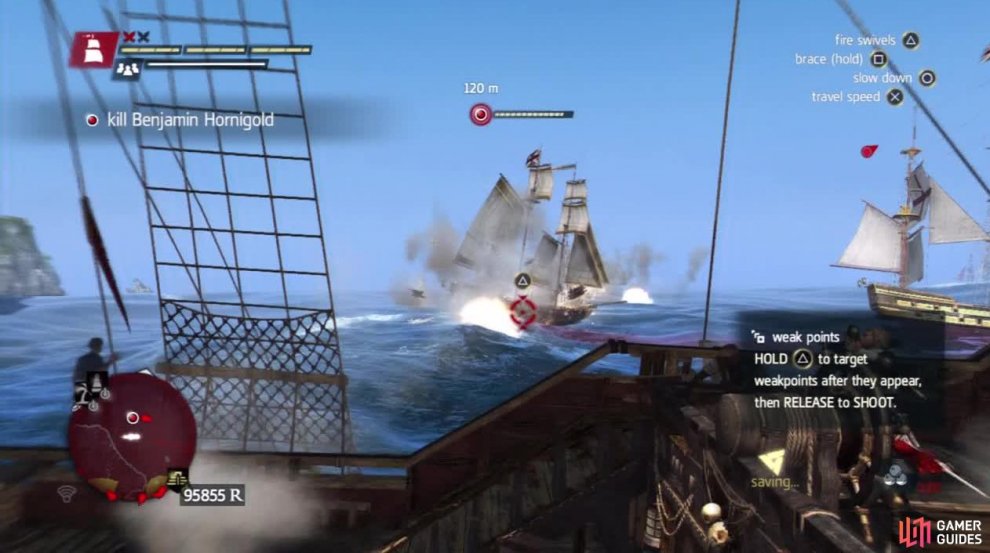 Once we have identified the ship, any enemy vessels in the immediate area will automatically become hostile and attack – usually a frigate in addition to the target ship (which is a schooner). Deal with both ships using your usual combination of heavy shots/broadsides and mortar bombardment to deal some heavy damage where possible. After the target vessel has been damaged sufficiently, a cut-scene will play.

Once we regain control, we’ll be on an island that is absolutely teeming with our target’s soldiers. Thankfully there is no mission constraint in place that tells us we cannot get spotted or engage in combat.

When you are good to go, use the branch in the southwest corner of this ruin to use the treetop path over to the target’s platform. As you arrive, immediately head through the crack in the wall of the ruin ahead and hide in the stalking zone.

Move slightly to the right and look to the west; you’ll see a pair of guards beneath a stone archway. They will stay there in a stationary position and there is a third patrolling around this area. Use the sleep darts on all three of these enemies and then run over and knock them out. 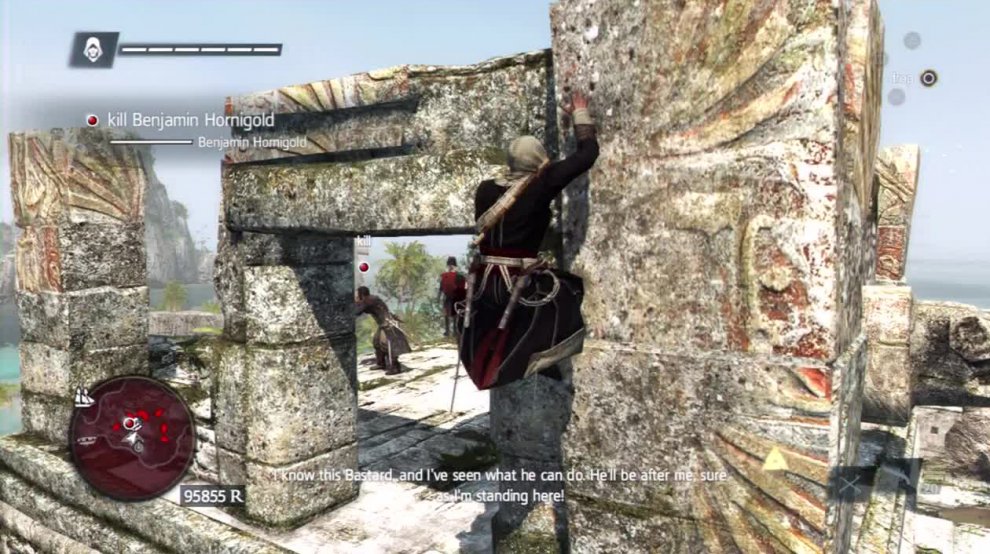 Now locate the tall pillars on the western part of this area and use them to jump across to the main structure where our target is located. Climb to the very top of this and from the ledge at the top, look down and target the Templar. Hit the assassinate button to perform an air assassination on him to complete the optional objective and the mission.