This mission begins automatically after the conclusion of the previous one.

Note: The game will appear to go to a loading screen, with the blue Animus glitches and fragments all over the place. This is in fact, not a loading screen but the start of the next mission. Don’t do what I did and sit there looking at the screen for several minutes thinking that my game had stopped loading! 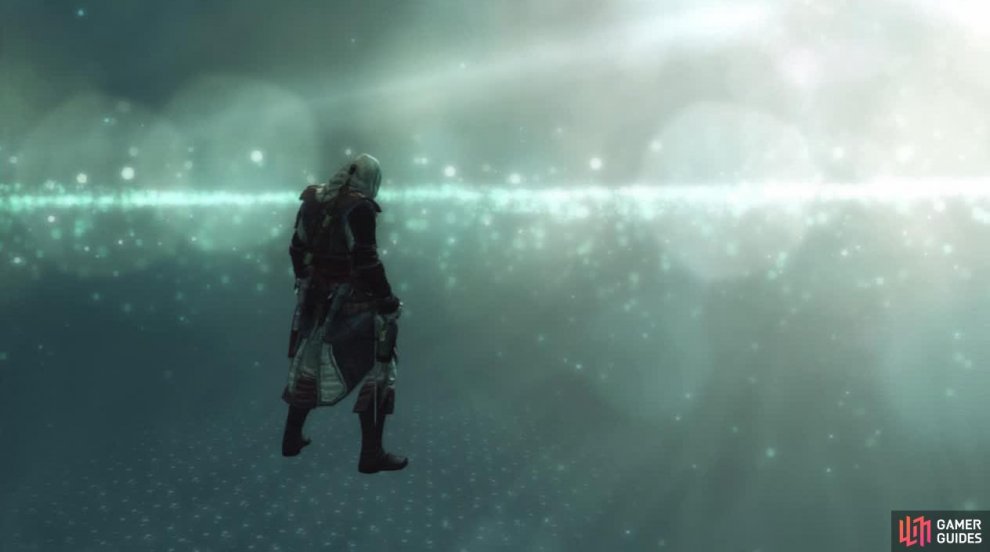 Move towards the bright light in the distance. After a short distance a cut-scene will commence. Afterwards, follow the target from the scene to the opposite end of the room. Hit the button prompt that appears on screen.

The environment will shift and we’ll be somewhere else. Again, move forward and follow the target until he stops moving. 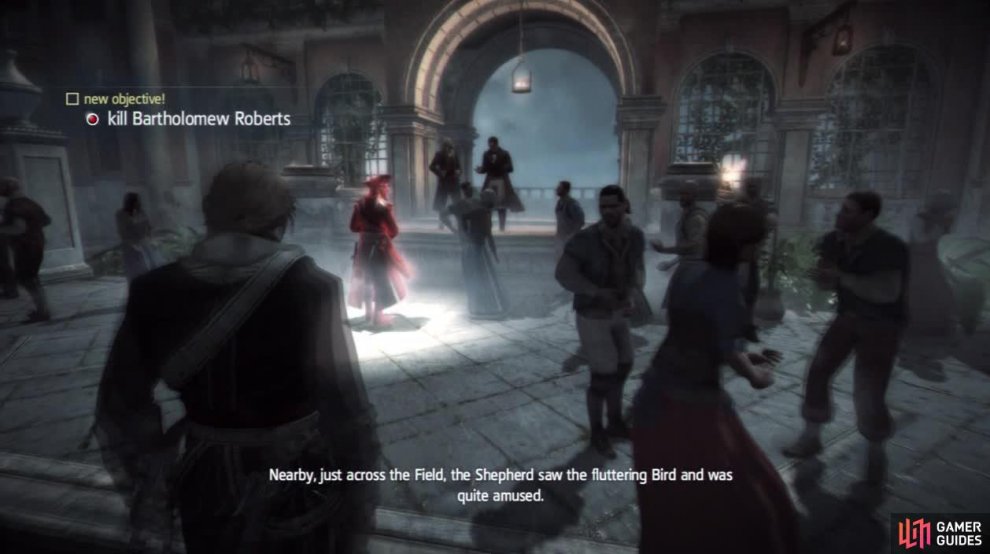 Again the screen will shift. Now you are underwater. Swim all the way up to the surface. Climb out via the stairs to enter a small marketplace style area.

Our target will split into three at this point and walk to three different locations – one will go directly right from the top of the stairs, the second will turn left and follow the path back to the corner behind the stairs whilst the third will stand in front of the archway directly in front of the stairs. Find and assassinate all three.

The environment will change one final time. You are on the deck of your ship and behind the wheel. Pilot the ship over and crash it into the island lit up by the glowing white lights in the distance. After the ensuing scene, the memory will be complete.