From the start of the mission, head over to the green circle indicating the search area on the map. When you arrive, go to the back of the marketplace, close to the water and use Eagle Vision to identify the target here.

As the diplomat walks off, use Eagle Vision to tag him. Afterwards, enter the open fence to the right of where the target was initially. Run to the fence that goes parallel to the street that the target walks upon and follow him from the inside. As he turns onto the next street, go through the gap in the fence, cross the street and go through the gap in the fence here a little over to the right.

Tail him as he walks through the compound and as he exits the gate, he’ll stop for a few moments. We’ll stay inside the fenced compound here and run over to the western side. Hop the fence and run towards the viewpoint marker on the map. Across the street directly to the north of this you will see a house with a ladder. Climb this and use the northern part of the roof to dive into the hay bale below.

Now wait for the diplomat to arrive. He will stop briefly in front of the hay bale. When he does, quickly assassinate him to complete the first optional objective. 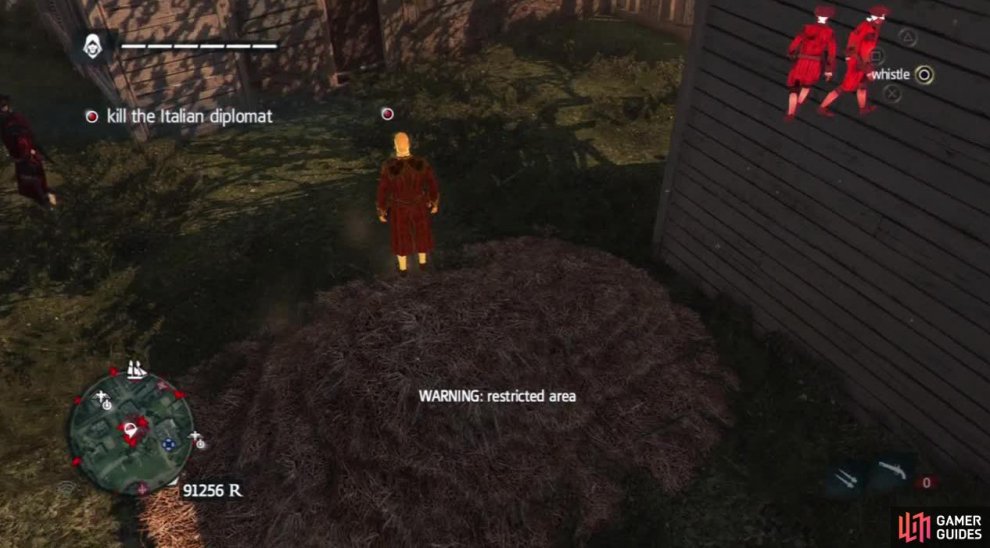 A short cut-scene will play.

When you regain control, Edward will be all pimped out in his new digs. Move forward and up the stairs to reach the green waypoint marker in the distance.

As you reach the waypoint marker, hit Eagle Vision to mark your target – he’s the fellow giving the speech in the centre of the square. Note that whilst no guards will be hostile, the target will recognise you if you stay in his line of sight for too long.

As such; as soon as you have tagged him, move forward slightly and at the end of the building on the left, enter the small sheltered area. Take a seat on the bench here to watch the speech uninterrupted.

Note that there is an optional objective here to kill the target from a bench. Conveniently, the bench I have got you sitting on is one that he will pass by. As such, simply remain on this bench until he starts making the rounds following his speech. As he passes by, hit the assassinate button to kill him. 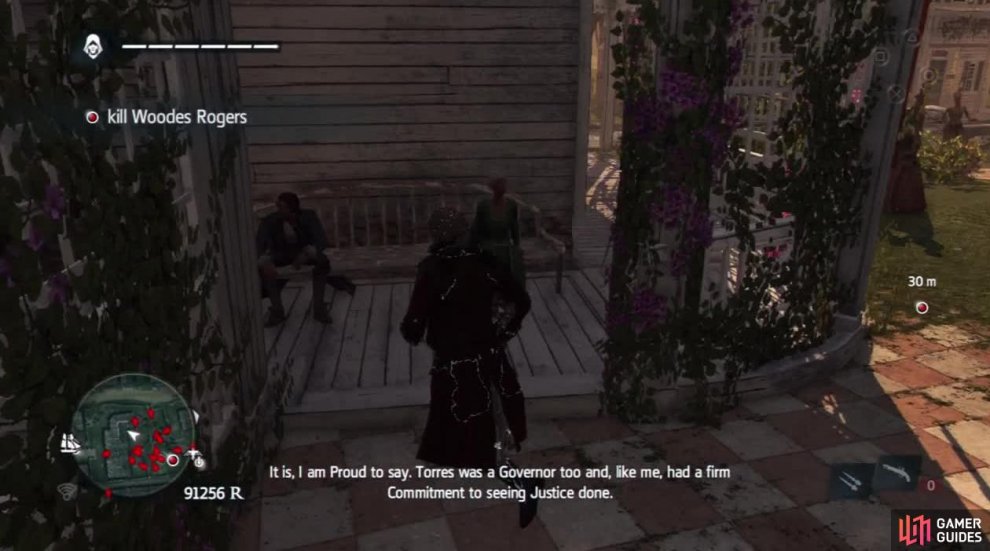 After the scene has run its course, hop over the wall into the water and escape the area. Find a hiding spot and when it is all clear, a new waypoint marker will appear. Head over there and speak with your buddies to end the sequence.