Whilst on land, the hunting portion of Assassin’s Creed IV: Black Flag plays out essentially the same as Assassin’s Creed III. The aim is to find animals, sneak up on them and kill them before skinning their leather/hides. If an animal sees you, it will flee leading you on a chase to catch and kill it. As such, it is better to use ranged weapons or stealth tactics to get close to them before making your move.

Some animals, such as jaguars, crocodiles and sharks are aggressive and will attack you on sight. If this happens, press the on-screen button prompts as quickly as possible to escape. 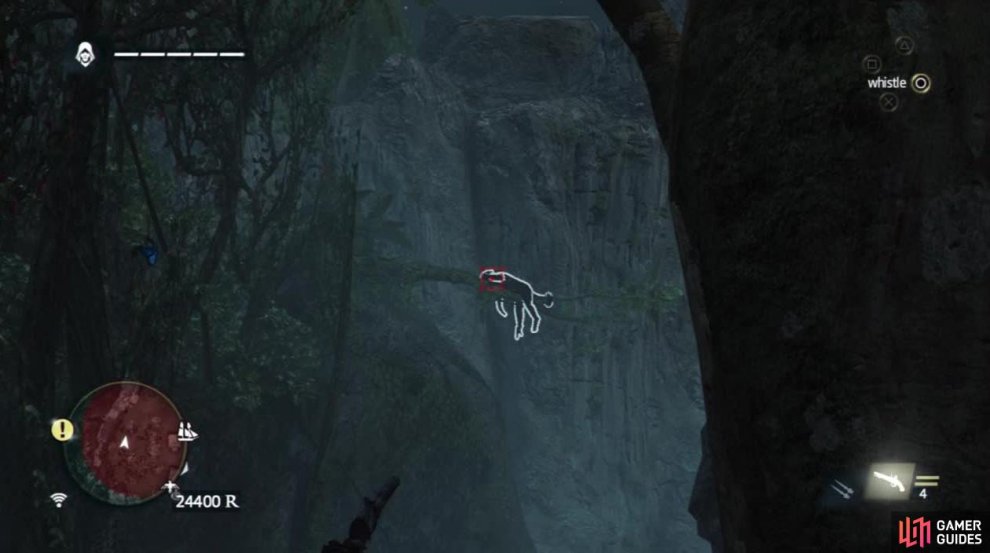 You will find the land-based animals in the following zones: