Similar to the aforementioned courier missions, these activities will appear randomly and for the most part, only in the larger cities (Kingston, Havana and Nassau) and on a select few of the larger islands in the world map (Principe, Cumberland Bay, Misteriosa, etc.).

The side activities themselves consist of rescuing or helping a group of pirates who have found themselves in trouble with the local authorities. The pirate rescue side activities are marked with a circular icon with a group of three people on it. There are a number of different permutations to this side-task and they include the following:

Hanging – Saving a pirate from a hanging can be done by approaching and interacting with him before he dies, or alternatively shooting the rope.

Prisoners – These pirates are on their knees being held at gunpoint. You will need to sneak up and kill the Gunners holding their weapons on the pirates before freeing them.

Escorts – Guards will be escorting groups of prisoners through the streets. Approach and kill the guards before rescuing the prisoners.

Brawl – A group of pirates and guards will be attacking each other. Enter the fray and help the pirates kill the guards to free them. 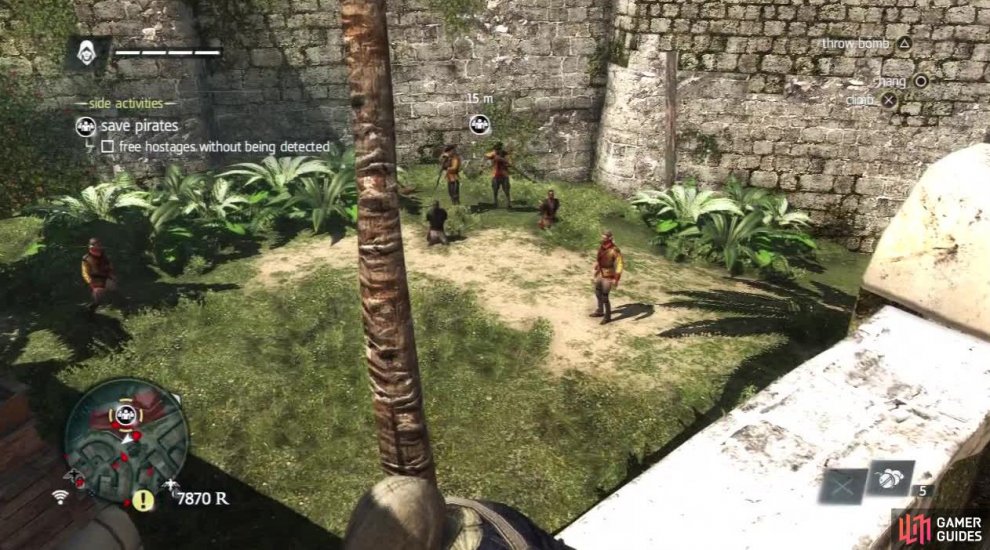 Note: Completing these missions will have the rescued pirates join your crew if you have space available on the Jackdaw.