After accepting the contract, if you look at the map, you will notice that there is a brand new restricted area over to the east with a red skull indicating the assassination target within the area. Once you begin the contract, head directly to the east from the starting location until you reach the target zone. 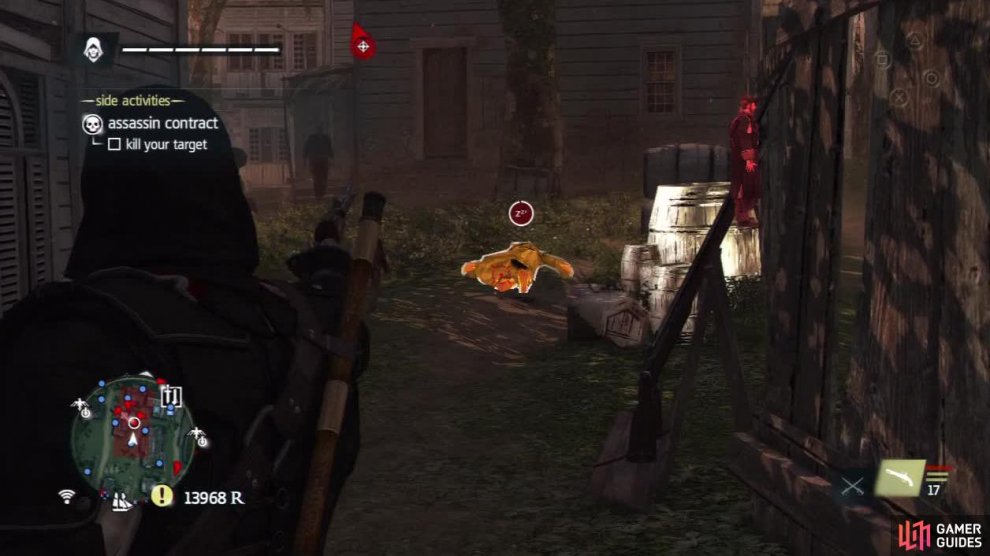 Move to the western side of this rooftop and look in the grassy area below. Use Eagle Vision to tag your target. As soon as you have him marked, highlight him and perform an air assassination on him to complete the contract.