Upon accepting this contract, a red skull will appear on the map in the southern area of the Kingston map near the prison. Either fast travel or swim down there. 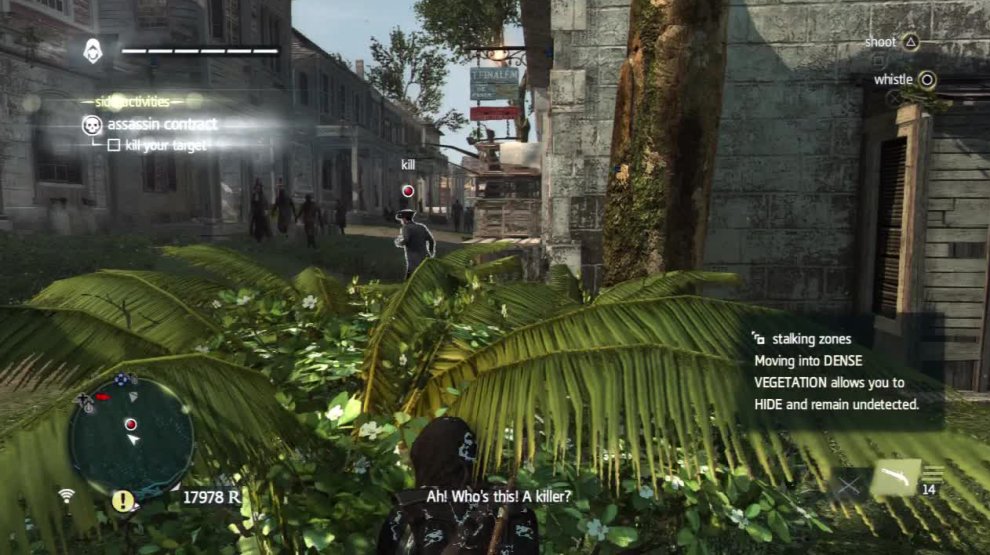 We now need to enter the green investigation circle area that appears on the map and use Eagle Vision to identify the target. He is the man shouting and banging on the door. Once you have identified him, he will run off. Simply chase after him and shoot or tackle and assassinate him to end the contract.