Contract 08 - A Shipment of Powder

After accepting the contract, if you check your map you will see that the assassination contract skull has appeared on the docks, just to the south of the Jackdaw’s position on the eastern side of the map.

Make your way over here and climb onto the roof of the harbourmaster’s shop just outside the restricted area. Use Eagle Vision here to identify the target. He will be the guard patrolling up and down the stairs to the left at the very far side of the dock. 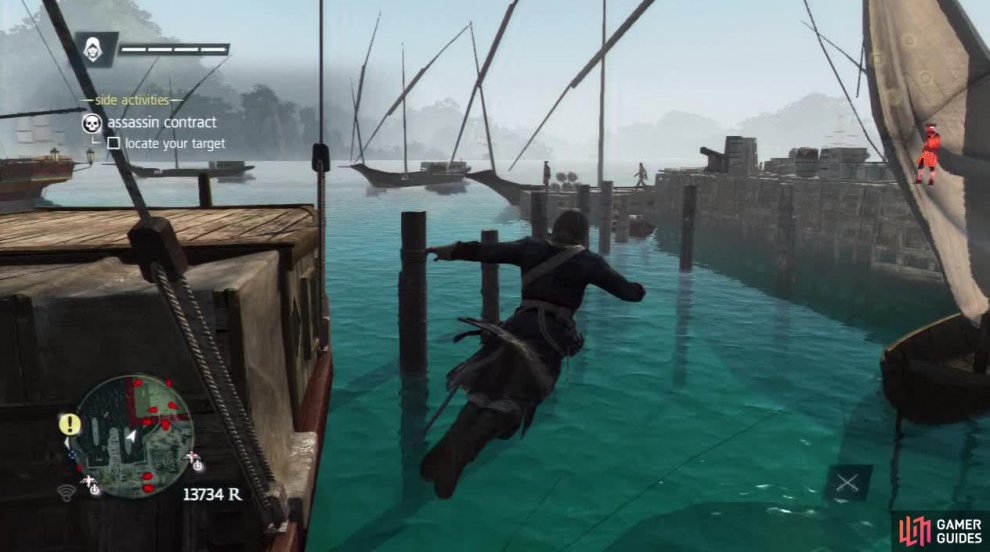 Dive into the water and swim around to the far end of the dock to where the target patrols (use stealth swim immediately if you get spotted). Wait for him to patrol down in front of the boat moored here and then quickly hop out of the water and hit him with a sprint assassination before anyone sees you coming. For killing him, you will have completed the mission.