After accepting the contract, the assassination contract skull marker will appear on the map within a rectangular restricted area zone in a small market square directly north of our current position.

Climb the ladder to the left of the assassination contract pigeon pen and cross the rope strung between this roof and the roof of the building to the north. Use a sleep dart on the patroller on the roof, or sneak up and kill him. From the rooftops here, we’ll be able to peek into the restricted area in the courtyard below. 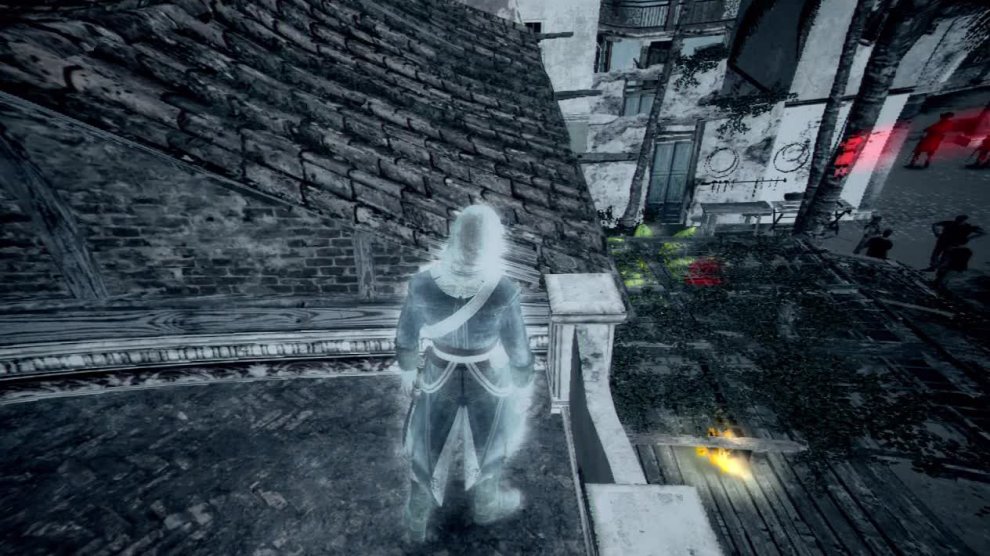 Turn on Eagle Vision to identify the target – he should be the fellow beneath the shelter at the north of the area. Drop down into the courtyard and use the crowd and the stalking bushes to move in close to the target. From here, either shoot him or burst out of the bushes and sprint assassinate him without being spotted. Killing him either way will complete the mission.