After accepting the contract, the assassination contract skull marker will appear on the map over at the large estate house just to the west of the swamp area. This has the westernmost viewpoint marker on it.

Run over to the target area and put the guard at the front door to sleep. Climb the ladder to the right of the door all the way to the roof. Assassinate/sleep dart the patrolling guard on the roof here and then climb up to the viewpoint. From this location, switch on Eagle Vision to identify the target in the area below. 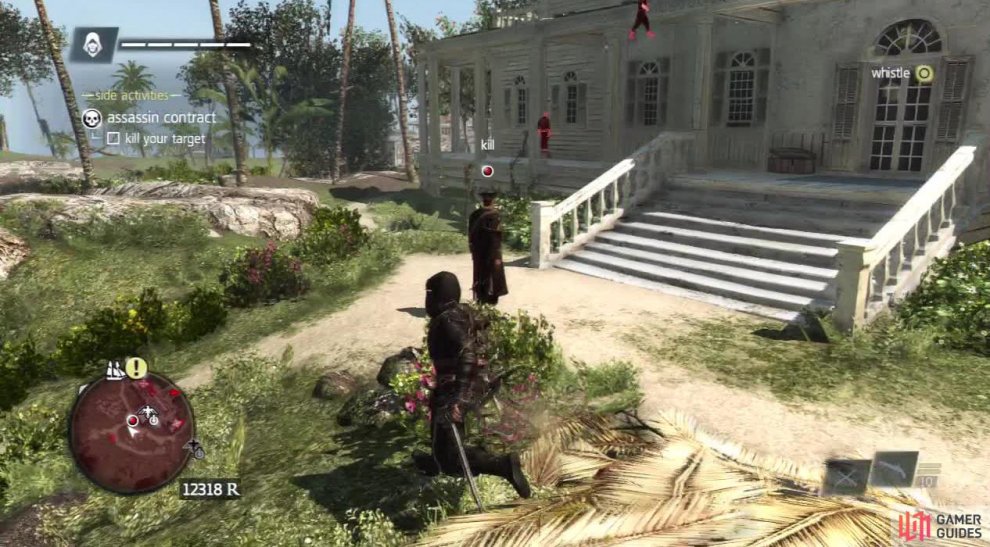