Upon accepting this contract, a red skull will appear on the map in the centre of Misteriosa in the southeast corner of the world map. A large red, circular restricted area will also now be present in the area. Sail over here and dock. 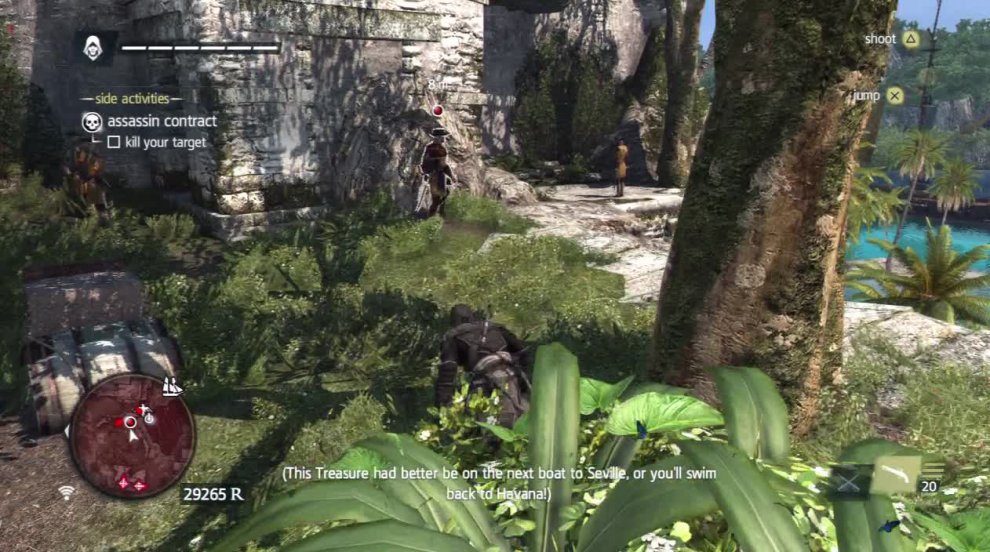 If not, you will have to come in overland on foot. Either way, you’ll find the target patrolling in and around an area of ruins just to the northwest of the viewpoint. Once identified, climb the ruins to the east near the viewpoint and air assassinate him without being spotted to complete the contract.