After accepting the contract, if you look at the map you’ll find the skull marker has appeared at Tortuga, close to the manor house in the northern part of the plantation on the island. As this is a plantation area, as is to be expected the entire place is a giant restricted area.

Once you have arrived at Tortuga, make your way to the northern part of the map and climb to the top of the manor house. From here, use Eagle Vision to look down into the courtyard behind it to the north to identify our target. 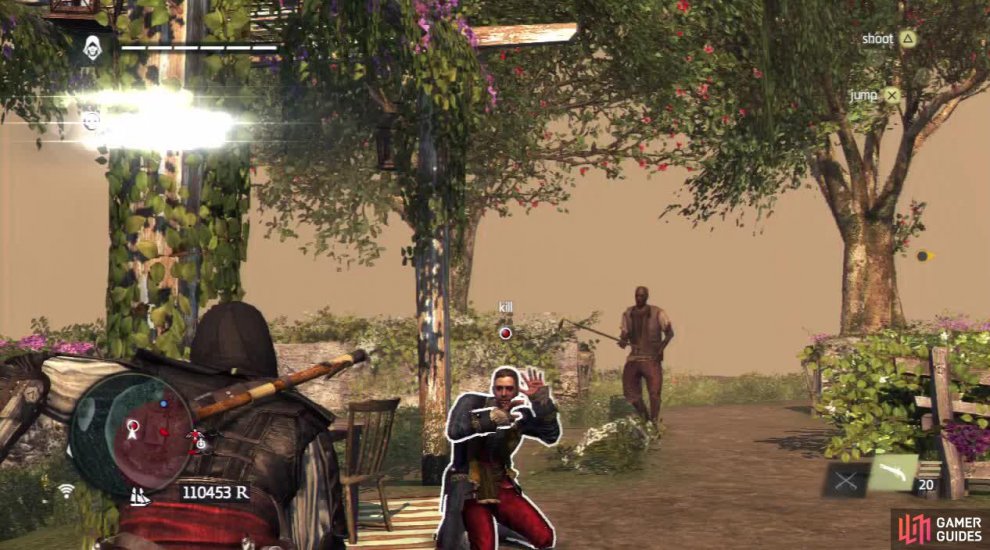 Now that you have your target, we can easily perform an air assassination on him from the very edge of the rooftop to end the contract.