5 defences. Sounds simple, right? The reason that this fort is classified as hard is not due to the number of defences (which seem quite minimal when considered to some others) but because of the ships in the immediate area.

There are often between 3-6 brigs in the area which will immediately turn and head in your direction the second you are detected by the fort. So be sure to draw any hostile ships away and destroy them, or lure them into the fort’s attacks to assist in incapacitating them before focusing on the fort.

Dock in the area permitted and follow the path. Climb the stairs until you reach the locked gate. Climb the wall to the right of this. Once you reach the top, turn to the left and climb the short wall here. Kill the first Officer here and the two Brutes that are with him. After he is dead, head to the end of the platform to the right. From here you should see the second Officer in the courtyard down below. Drop down and take care of him.

Clear out the rest of the enemies in the courtyard and climb the wall to the south. Continue straight ahead from here, climbing the two sets of stairs (and killing anyone who gets in the way). When you reach the top, follow the path around to the left and kill the Officer on the grassy lookout area here. 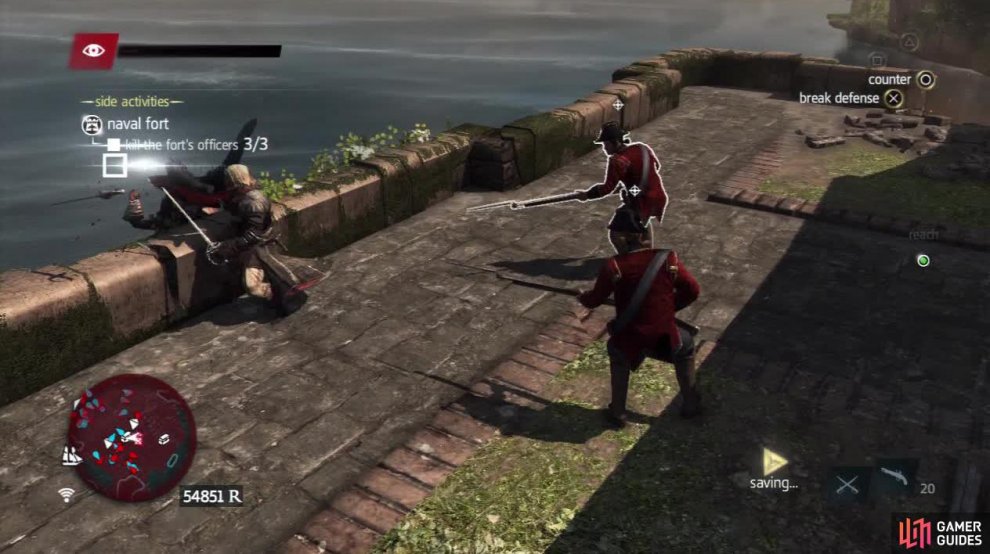 Now that all three Officers have been dealt with, open the door marked with the green objective marker nearby. Kill the enemy inside. This will liberate the fort.