As with the Serranilla fort, this fort can also be a little difficult, not due to the defences of the fort itself, but due to environmental factors. Each time I approached this fort a storm would start up. As such the wind would change suddenly and without warning.

The rain will limit your visibility somewhat and there is the constant threat of rogue waves coming from off-shore. Completing the naval section of this fort is all about surviving the elements whilst damaging the defences when you see an opportunity.

Now that the outside is clear, let’s worry about the inside. Go on over and dock in the area permitted and follow the path. Climb the winding ramp around the outside of the destroyed cannon tower until you reach a locked gate. Climb the wall to the left of this.

Once you reach the top, drop down into the courtyard on the right to find two of the Officers. One will run up the nearby ramp and work his way up to a higher level of the fort. As such, deal with the Officer who stays put first and then go and follow the set path up the stairs and back across the front of the fort to find and eliminate the second Officer.

The final Officer can be found in a small grassy courtyard at the very top of the fort in company with a couple of Gunners. Kill them. 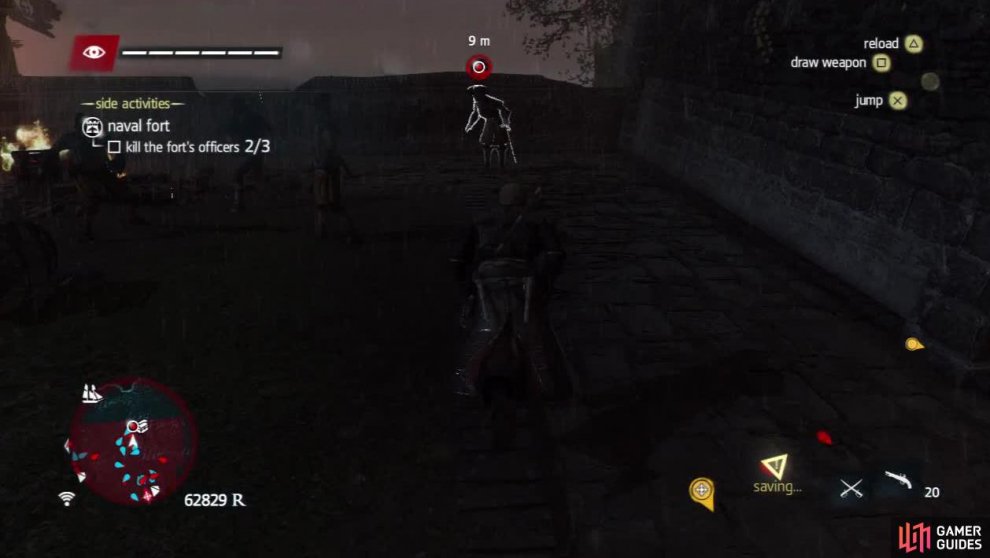 After dispatching all three of the officers, open the door marked with the green objective marker nearby. Kill the enemy inside. This will liberate the fort.