Again we’ll be on Grand Cayman for this sequence and again it will begin with Edward having to follow Opia at a leisurely pace along a short set path. Eventually she will come to a door and advise you to hide. As such hop into the stack of palm fronds nearby and watch.

The guy we wanted to speak to will run off. Sprint after him until you reach the docks and he will escape on a boat. Quickly run over and board the Jackdaw and sail after him. As you chase the hostile vessel be ready to shoot the barrels that it drops behind. 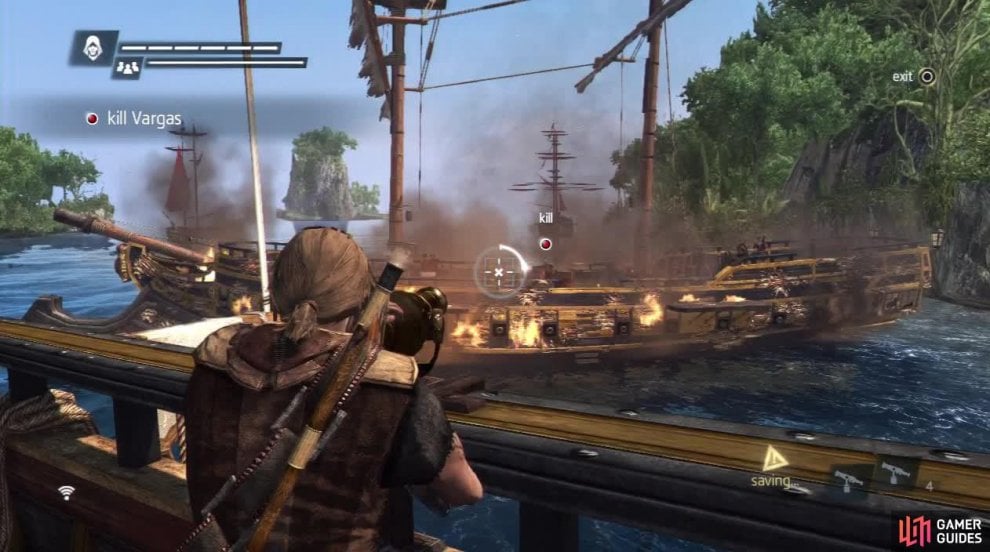 When you catch up with the other ship, attack it and initiate a boarding sequence. During this, kill the target to complete the mission.