You will find Rhona at the Assassin’s bureau in the south of Havana. Approach her to begin the first memory.

This memory is a short, simple one and is all about defending our friend and keeping her health bar from emptying. Essentially you will have to fend off four waves of enemies, each consisting of complements of between six to nine enemies.

There are three entry points to the bureau and during each of the first three waves two enemies will enter from each entrance. The fourth and final wave mixes things up a bit and has three enemies enter from each access point.

It’s not all grim though, as there is a quicker way to fight off the enemies. Between waves, you are able to grab powder kegs and drop them by an entrance. Shoot the barrel when a group of enemies moves past it during the next attack phase and you’ll clean a third of them out without a fight! 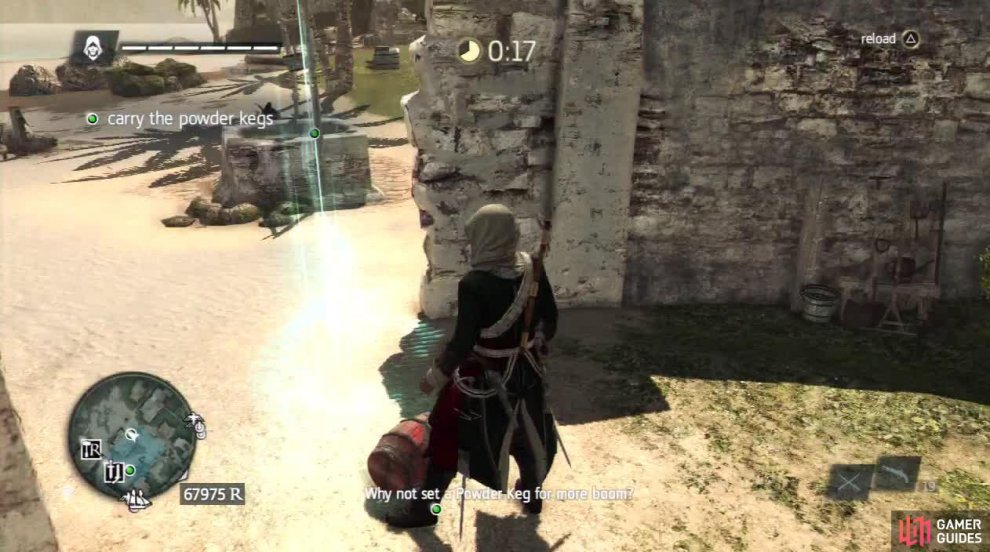 Following the fourth wave, the memory will be completed.