The finale of Rhona’s Templar hunt missions is a fairly brief one. To begin with, we need to follow Rhona through the streets for a short while until just you reach the docks. At this point, a large group of enemies will be on the map ahead of you, including the assassination target.

Allow Rhona to move up by herself and engage them from cover. If you move up to help her she will immediately start losing health and die very quickly. Instead, we need to let her distract the guards whilst we sneak in from behind. As such, when she moves up, stay back and dive over the wall into the water below.

Swim down the left-hand side of the boat here and when you reach the back, turn to the right and stealth swim over to the wall below the dock. Climb up at the closest point to the assassination target marker (the red circle on the map), hop over the wall and perform a sprinting assassination on the bad guy. 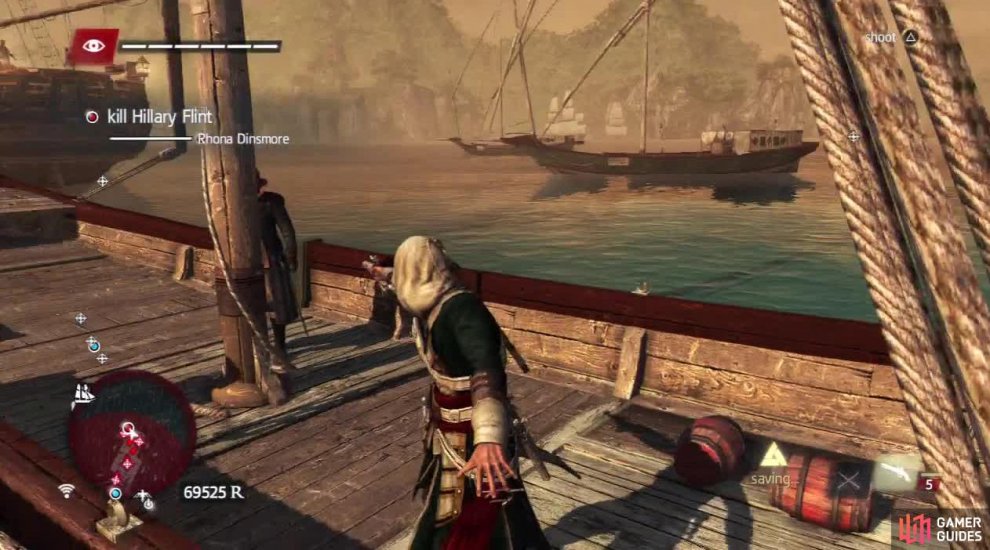 After the scene has run its course, hop over the wall into the water and escape the area. Find a hiding spot and when it is all clear the mission will be complete.