This mission is essentially a whole bunch of those pirate rescue mini-missions that you may have seen and attempted scattered across the main cities during your travels.

To complete these tasks; you need to approach each group of captives (marked as blue circles on the minimap) without being spotted, deal with the guards at these locations and then interact with the prisoners to free them. As a bonus, Anto will come along for the ride, so be sure to stay in close proximity to him or you risk desynchronisation.

The first captive is being held at gunpoint in a fenced compound. As you approach, follow the fence around to the right and climb the small building here. From the top perform an air assassination on the two guards with guns on the captive below. Free the captive and leave the compound.

The second captive you come across will be walking down the street with a five guard escort. Run up and sprint assassinate two guards from behind with a double assassination and then finish off the survivors. Finally free the prisoner. 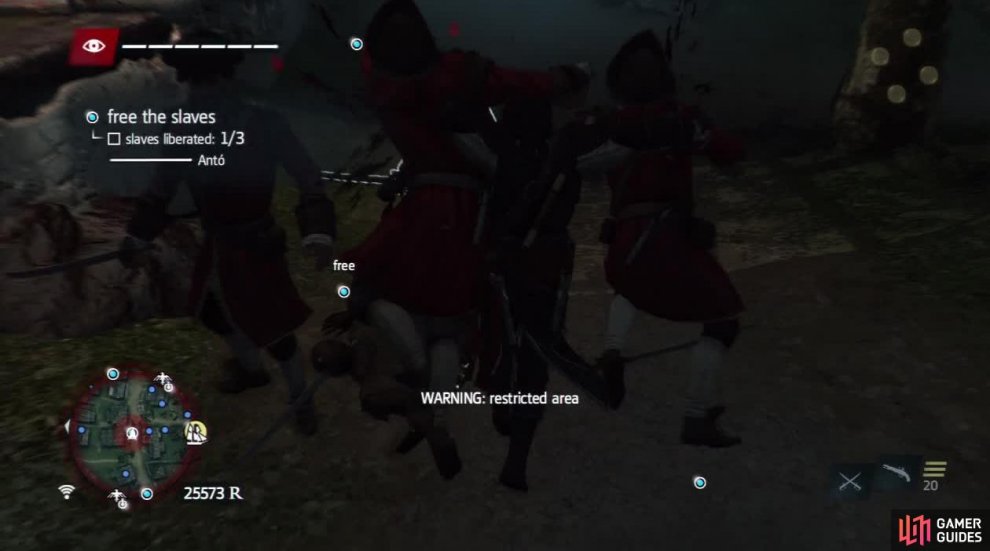 The final captive, like the first is in a fenced off restricted zone. Approach from the south and climb onto the hut to the right of the guarded entrance. From here, air assassinate the guard with the prisoner on the inside of the compound and then free the prisoner to end the mission.