The arena you’re fighting Aurelia in isn’t overly large but that shouldn’t matter too much as Aurelia is hardly mobile. She’ll spend the majority of the battle in the center while casting Cryo based attacks at you however do take note of the many containers around the edges of the room should you feel the need to recover health.

Aurelia can use a Cryo based wave attack at you, this heads straight at you and can be easily avoided by dodge to either side, leaving her open after. Her second, and most used attack, is the ability to conjure Whirlwinds around the room, should you get caught up in these, you’ll suffer continuous damage so do your best to steer clear of them. Finally, Aurelia will encase herself in an Frozen Pillar while she regenerates her Shields, quickly shoot at the Frozen Pillar to break it away and cause her to come jumping out of it.

As Aurelia is not any manner of beast, her head is her weak point and any damage you direct at that position will inflict heavy damage on her. Aurelia doesn’t have too much health but her Shield can regenerate so offense is the best defense here, stand relatively close to Aurelia to avoid the Whirlwinds and unload everything you have to take her down quickly, preventing her from regenerating her Shields.

Among her drops, Aurelia drops the Legendary Shield, [Frozen Heart], a handy Shield that will release a Cryo Nova when its depleted, restoring 30% of the damage it does as health. 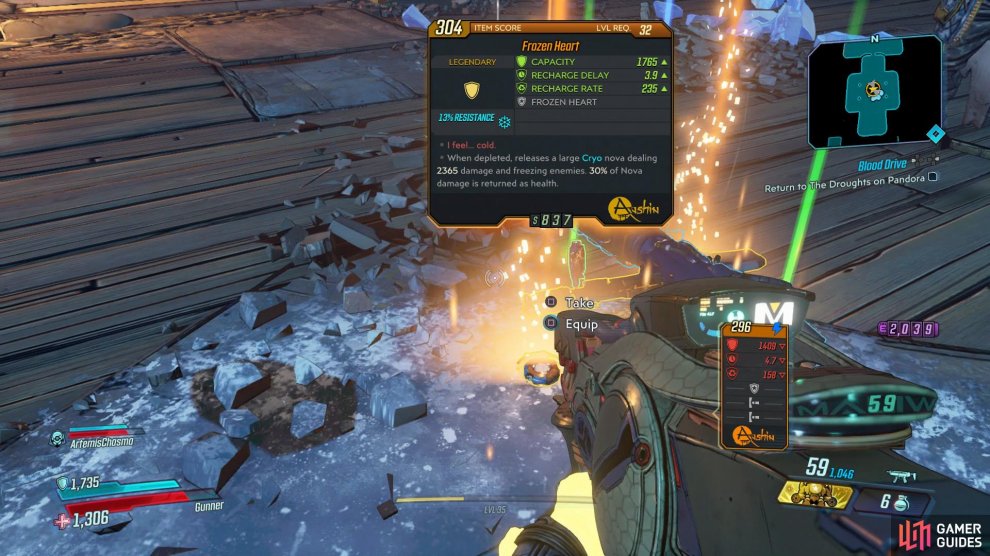