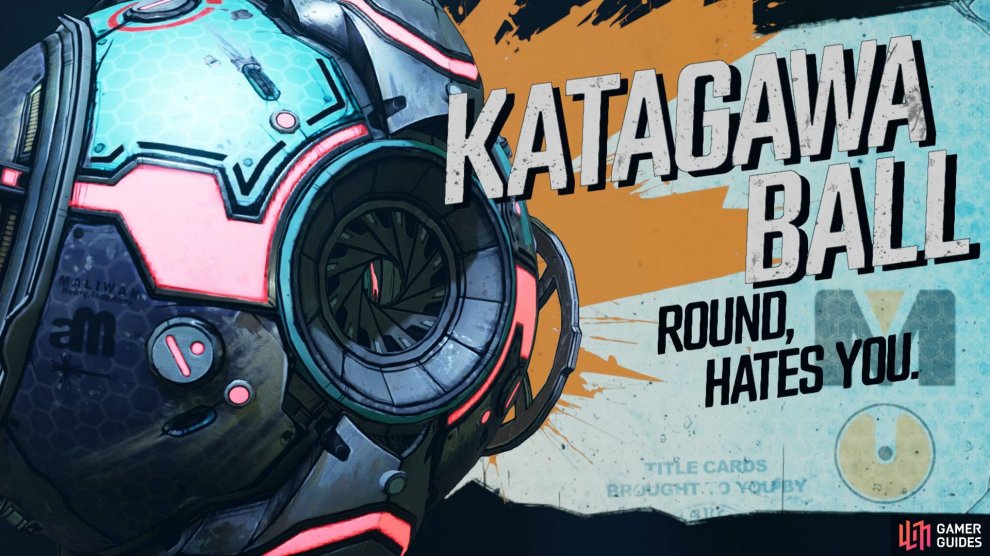 Despite it's large presence, Katagawa Ball is a tough boss with three health bars to deplete. If you come into the battle with guns having different elements, then you'll have an easier time. The arena is large with lots of places to hide or take cover and you'll need to utilize them if you want to get the best of Katagawa Ball. One of the best places to make use of cover is in the southeast corner of the arena, the cover is high and you can pop out every now and then to get some shots off.

To begin with, Katagawa Ball will have Armor up so Corrosive Weapons are what you should be firing with if you want to shed it quickly. Katagawa Ball will fire large Fireballs and Rockets at you during this phase and the Fireballs will leave a flame surface in it's wake, be sure to move out of the cover you was in once he fires them off. The weak point for every phase is quite obviously, the center of the Ball so you shouldn't have trouble hitting it and weapons with large splash damage will make it even easier to hit.

Once the first phase is dealt with, the Armor will disappear and you'll have to deal with two life bars of Shield which as you may remember, is weak to Shock based weapons or skills, switch accordingly and continue your assault in the same location. At this point, Katagawa adds Corrosive blasts to his arsenal which, as you may expect, leaves a pool of Corrosive in it's wake. Additionally, you'll have to deal with Cryo Balls and the same Fireballs from the fist phase, the battlefield can become a real minefield at this point.

This is the reason for the cover mentioned earlier in this strategy, here you are mostly free from all attacks so long as you move in and out and you can recover your own Shield safely at most times. Finally, for the third and final phase, Katagawa Ball will errect an electrical shield around him and attempt to ram you, this will deal heavy Shock damage to you should you get caught in it so pick your times to come out of cover and finish shooting at Katagawa Ball to put it down for good.

Katagawa Ball does have a Unique Legendary SMG that he can drop, the very useful Maliwan [Tsunami]. This particular gun will alternate between Shock and Corrosive in a wide radius, a particularly useful gun that should last you a long time. In fact, Katagawa is a useful boss to farm as he has the ability to drop many of the random world Legendaries, just remember to begin the next mission before he can start respawning. 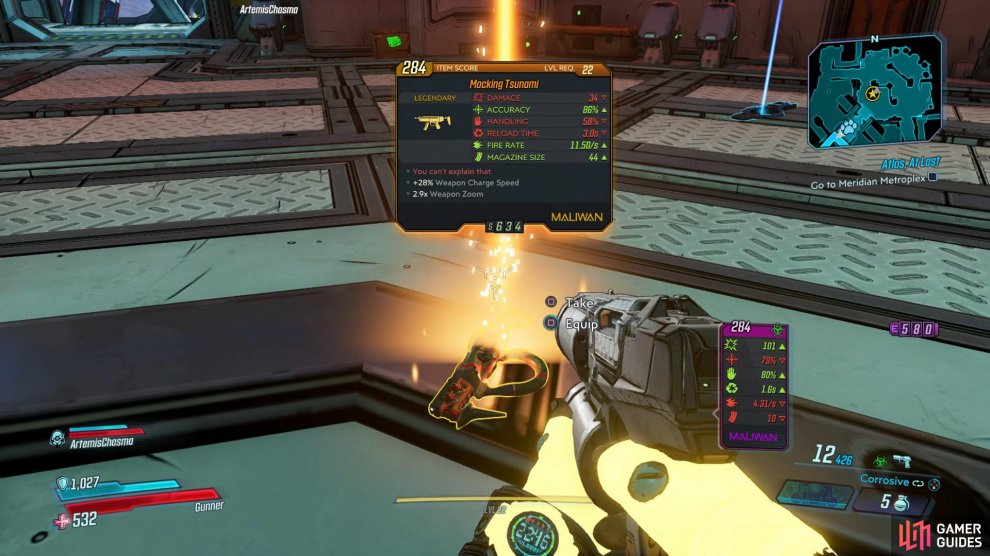