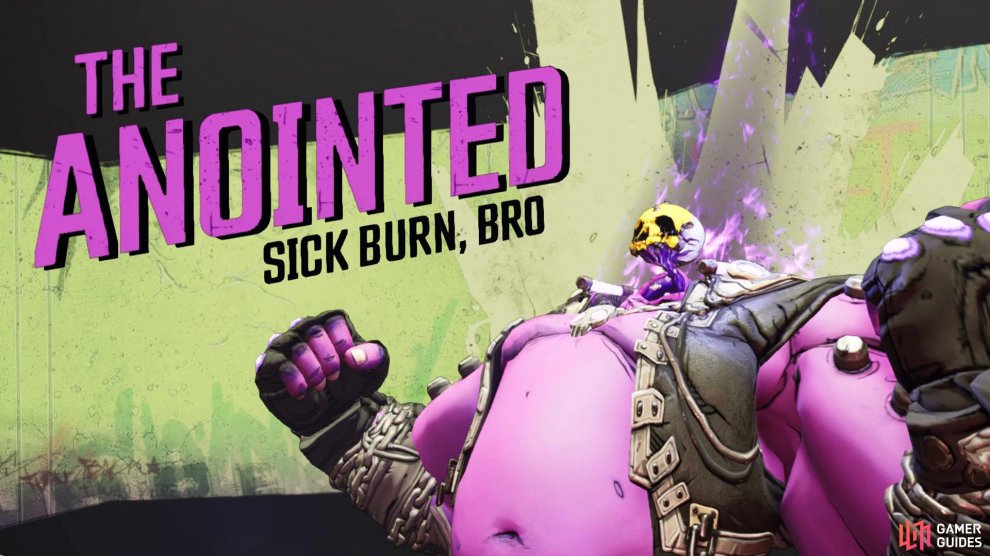 Don't mistake The Anointed for a simple Goliath, he's a very tough boss that will test you if you're not careful. To begin with, take a look at the arena, your current starting location isn't a great one. There's not a lot of space to run around and dodge The Anointed's attacks so your first call to action should be to head towards the stage where The Anointed first starts off, there's a lot more room here.

The Anointed is fast and will use two primary attacks against you throughout the battle. The first is to shoot Homing Skulls at you, these are large enough to be shot down and should be done so as soon as you see them as they'll persist until they hit you and deal massive damage. The second attack is a Shockwave attack, once he puts his hands together he'll jump and cause a Shockwave, jump over this to avoid taking more heavy damage. Additionally, don't let Billy get too close to you, his leg stomp will drain nearly all of your health.

On top of that, Billy has a lot of the regular Goliath attacks and can close the distance quickly by teleporting to your location, look for the purple trail to see where he'll end up. He'll also have adds assist him but like always, only go for these when you need a Second Wind or more ammo. His small skull is his weak point and it can be tough to hit to consider going with a weapon with a fast rate of fire to ensure you hit it some of the time.

Billy isn't too tough a boss encounter if you know how to read his attacks, the Homing Skulls are easily dealt with and once you get the timing for the Shockwave, you shouldn't suffer too much damage. High rate of fire guns are ideal here as is a Shotgun. Note that Billy will crystalize when you defeat him, melee him one final time for the loot to drop.

Billy's unique Legendary is the Assault Rifle, [Lead Sprinkler]. Although this gun has no elements, it'll spawn explosive projectiles every time you perform a Critical Hit, riccocheting off enemies in the process. 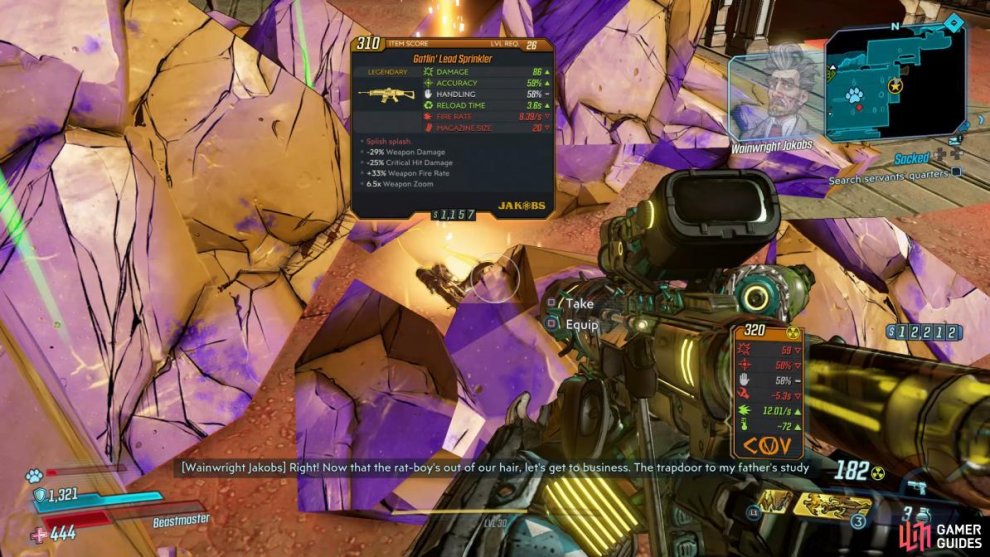