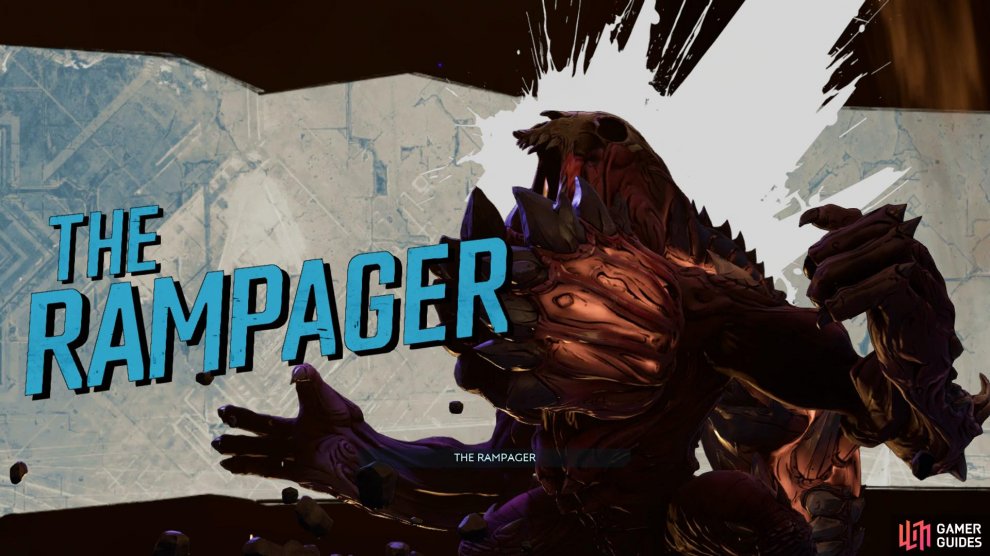 The first thing you should notice is that the arena is fairly large, this should tell you all you need to know as you'll need to move around the arena at all times to avoid The Rampager. You'll also spot pillars on the sides of the arena that can be used for cover, even though it's much better to be direct against it.

The Rampager is fast and close the distance quickly by leaping at you, dealing massive damage if you're caught in it's shockwave when it lands. Additionally, it will fire off different elemental blasts at you at a rapid pace, this can generally be avoided by moving while shooting so be on the move at all times, there's not one point in this battle where you want to be stationary. As you may not expect with a creature this large, it's head is not it's weak point but in fact it's ribcage and once you deal enough damage, it'll fall to the ground giving you more time to unload into it's head.

At this point, you'll have to deal with adds for the rest of the battle in the form of Wraiths, they're easy enough to take down however and you should only really use them as a resource for gaining health, ammo or for a Second Wind. The Rampager will also leap to the corners from the room and fire off more blasts from you before leaping back down at your position.

Once you deal just under half damage to The Rampager, it will go immune for a short while as it begins to absorbs the Spirit Orbs, shoot as many of these as you can to prevent it from gaining too much of a buff and it will transform into it's next phase. At this point, it will begin shooting a wave of blasts at you, as they approach, be sure to leap over them or you'll suffer massive damage. It will also strafe while firing off it's regular blasts so move to the opposite side while jumping to avoid them.

Once The Rampager is left with around a quarter of it's health, it'll begin sucking in Spirit Orbs once more, repeat the process of shooting as many as you can and then get ready for the final transformation. This final form will give it wings and increase it's speed even more as it jumps around from corner to corner. This time around, Fireballs will rain down from the sky as he leaps about so continue to be on the move or you can go down very quickly here.

On top of regular World Legendary drops, The Rampager also has two unique ones for you to farm. The [Will-o'-the-Wisp] will allow you to charge up the Shotgun to fire off a large Shock orb at the cost of four ammo while the [Quadomizer] will shoot off four rockets that change between all the elements, a very handy weapon indeed. 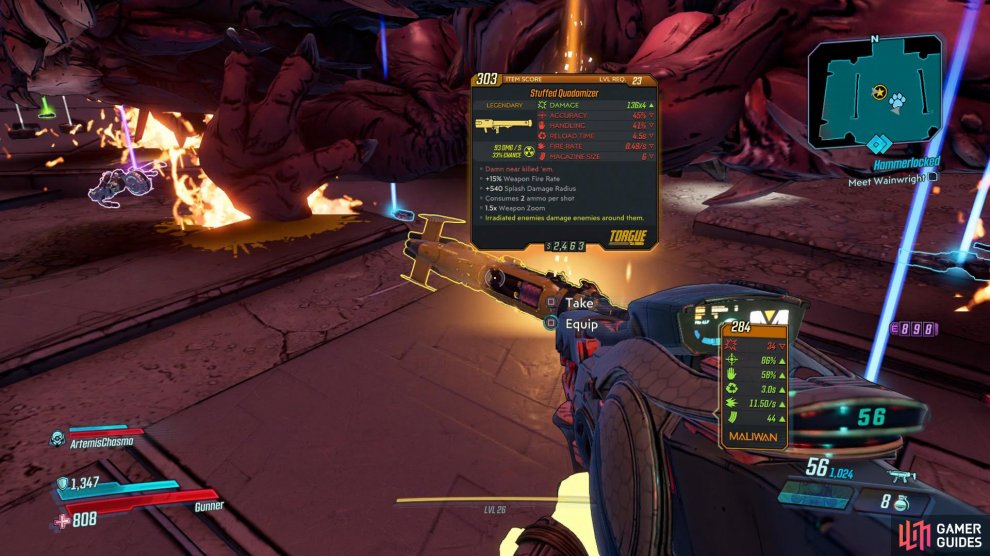 Tip: When farming The Rampager, be sure to check out the Vault each time, the chests within respawn and have the chance to contain Legendary weapons themselves.