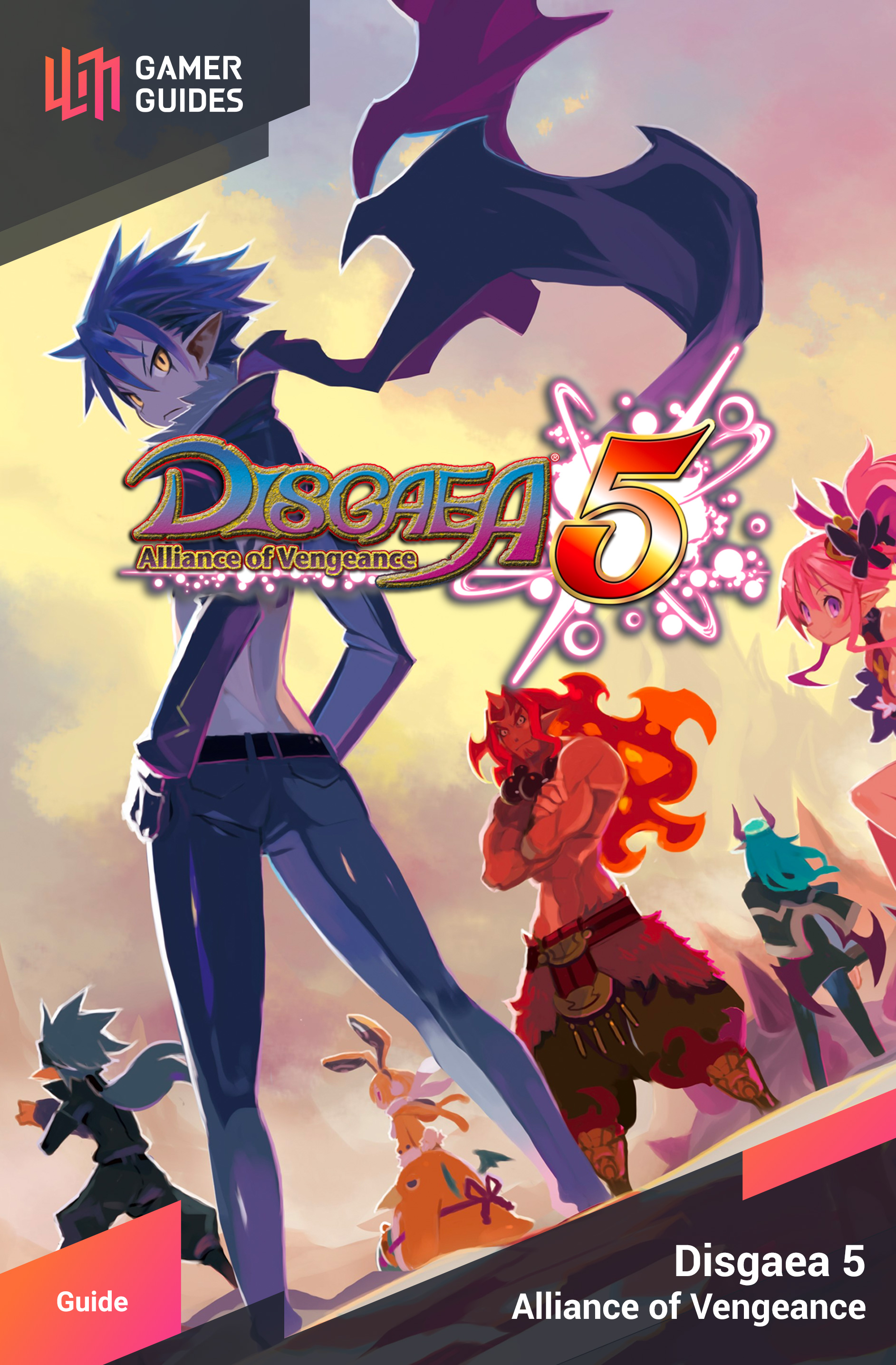 After completing the final battle, you can now begin the postgame, which any fan of the Disgaea series knows is where the real game begins. The restrictions on the minimum for the Cheat Shop are now gone, so you can remove all points from the other categories and put them into EXP, leveling up your characters using Martial Training 1. There are two bills in the Dark Assembly that you can pass to open up two new areas, the first of which will have you fighting against level 150-200 enemies and the second will consist of two battles, the first having a level 300 boss and the second having a level 500 boss. This will give you an idea on how far you should be leveling.

Statisticians are Innocents that when on any equipment, will boost the amount of experience you get when you kill enemies. The max one stack can be is 900 and unlike the previous games, you can only have one stack per character. They can be randomly found on any piece of equipment, so look through your items and move any of them into the Innocent Warehouse. From here, you can do one of two things, either by maxing the Innocent Aid Squad or not.

Maxing it out will have you resort you using the Innocent Farm to build up a stack of Statisticians. In order to do this, you'll need to dive into the Item World to subdue some of them, but before you do that, you want to unlock and max out the Hunter Squad (subdue 10 Innocents to unlock it). This will enable you to increase the Innocent's effectiveness whenever you subdue them in the Item World (make sure you have your characters in the Hunter Squad).

It's definitely easiest to do all of your subduing on a low rank item, like a Thimble, as this means the enemy levels (as well as the Innocents') will be low. Before placing the Innocents on the item, clear through to floor 10 and at the first Innocent Town, set the item route to Innocent Route. With this and a character in a maxed Hunter Squad, any Innocent subdued will be multiplied by 8 (a 2 Statistician becomes 16).

Place all of the Statisticians on that item now and run through 10 floors at a time, getting any Innocents you find and replacing the subdued ones with fresh ones. If you opted to max out the Innocent Aid Squad, then you can combine the Statisticians into two even stacks and place them in the Innocent Farm (only those two). Go do something else, like leveling up characters and eventually those Innocents will give birth to a new Statistician, which will already be subdued. You can either combine this with one of the two stacks or put it aside until you get another to keep both stacks even. Keep doing this and you'll eventually reach a full stack of 900.

With a max stack of 900 Statisticians, you can now begin to level properly for the postgame maps and unlock the Carnage Dimension. If you can kill the Bears in Martial Training 4 in one turn, then it's good to go there; otherwise, stick with Martial Training 1 at one-star enemy strength until you can. Once you can clear MT4 with ease, start upping the enemy strength more and more to keep your leveling steady. Note that you do not need to get to level 9999 in order to clear the pre-Carnage Dimension maps.

Another thing you could possibly do is start getting stronger equipment. You can only purchase up to Rank 34 weapons and armor from the shop, so anything stronger than that will need to be obtained from the Item World. This is where a Thief can come into play, as stealing is a lot better than depending on the Bonus Gauge at times. Stealing in Disgaea 5 is more based on your stats than simply your level, so to increase your chances, up your Thief's HIT.

In addition to getting higher Rank equipment, you'll also want to start leveling it some. You don't need to go too crazy, though, as you'll soon gain access to equipment that is far superior to what you can currently get. So, you'll only really need to level up weapons and armor/accessories to around level 10-20. This will increase your stats not by a lot, but enough that the following stages will be more manageable for your characters.