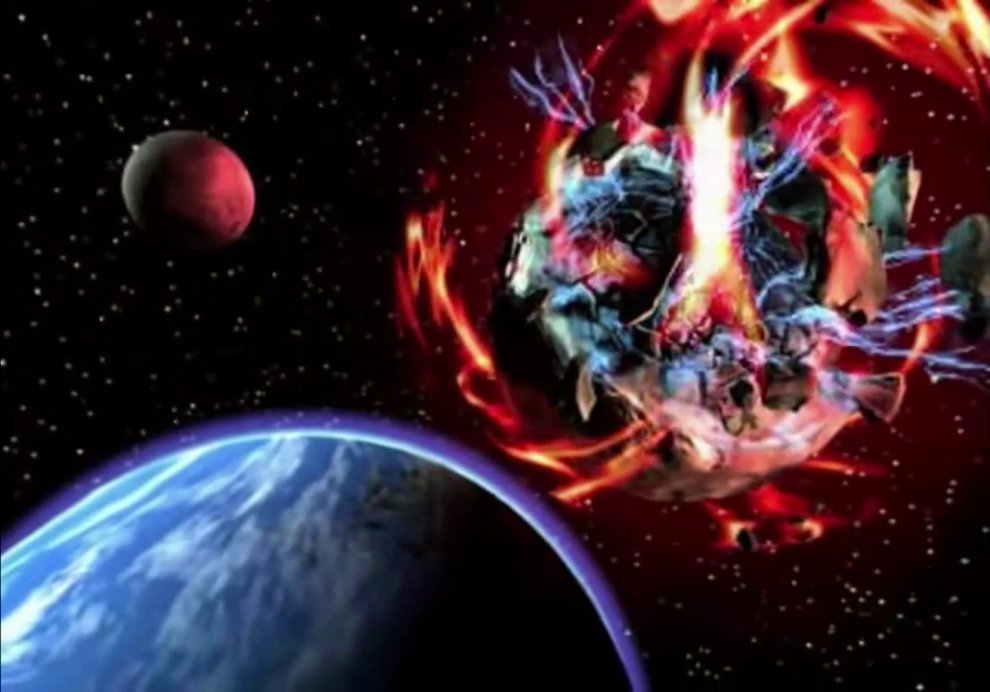 After you’ve played around with the submarine and score more epic loot, it’s time to turn your attentions back to Shinra. There’s still an orphaned piece of Huge Materia that wants to join its friends. Put Cid in your party and return to Rocket Town, making your way to the rocket itself, which Shinra seems to finally have a renewed interest in. Approach the stairs leading up to the rocket and dispatch two Attack Squad soldiers, after which you’ll need to ascend the support structure around the rocket, defeating another pair of Attack Squad soldiers then a pair of Attack Squad Soldiers led by a Senior Grunt. After they’re all neutralized, Cid will complain. Climb a ladder to find Rude, who, along with will make up the last line of defense.

Rude is much weaker this time around than he was on the Gelnika… assuming of course you’re following the guide chronologically and fought him there. In which case, you must have beat him so badly that he actually lost a few levels! Anyways, if you beat him in the Gelnika, you should have no trouble smashing him here, especially if you have that swanky new Double Cut Materia.

Before you do anything else, steal Rude’s Ziedrich , if for no better reason than the fact that he’ll just drop a Hi-Potion if you don’t. After that, you need to dispatch the two Attack Squad soldiers protecting him. Rude is pretty aggressive this time around; he’ll often do a series of "Grand Spark" attacks, each one of which will deal over 400 damage to one target. Other than that, he’ll buff with MBarrier and heal with Cure2. His physical attacks do around 600 damage, but he won’t use them in succession like he will "Grant Spark".

As for your own offense… Rude has all of 9000 HP. At this point in the game, you should just be able to hit him a few times to end the fight.

After the fight run over Rude and into the rocket, where one brave, but stupid Senior Grunt will challenge you. After the fight (if you can call it that) head into the cockpit, where there’s a flurry activity. Cid, seeing a chance to finally realize his dream, volunteers to pilot the rocket on its maiden (and final) voyage, after which Cloud confronts him and Cid gives a very rational speech. The speech is interrupted by Palmer, who has a bit of a surprise for you.

More chatter ensues where Cid reveals he has a little surprise of his own, and when pushed on the matter of the Huge Materia he capitulates and admits he doesn’t really care about that… he just wanted to go into space. Head east and climb a ladder to reach the Huge Materia, which unfortunately is protected by a pass-code. Luckily for us, Shinra is incompetent (as has been well-established over the course of the game) and it’s a simple four-code combination. The code you need to enter to get the Huge Materia is as follows:

Once you have the Huge Materia return to the cockpit, then exit to the south (towards) the camera) to reach the hallway outside. Continue south and climb down a ladder and run past the tanks Shera worried over so much in her flashback with Cid. Some poetic justice occurs, Cid grows as a person, and everybody makes their way to the escape pod to witness the culmination of Shinra’s gamble.

Unfortunately, it seems like Meteor is more resilient than expected. You can’t fault Shinra for trying, and it probably didn’t help that you kept stealing all the Huge Materia (although, spoiler, the outcome wouldn’t have been any different with it, you’d just be out some Huge Materia). On the Highwind Cid will give a rousing speech, but comes up short when he runs out of metaphors and has to come up with actionable plans. Fortunately, Red XIII comes up with a plan; let’s ask somebody else what to do!

Before you go anywhere, land and return to Rocket Town. Talk to the old man by the item shop, who is a bit distraught that his rocket is gone. Talk to him three times and he’ll reward you for his time; the reward this time being Cid’s ultimate weapon, the Venus Gospel .

Note (Venus Gospel): Cid’s ultimate weapon has 97 Attack and the standard eight Materia sockets (four pairs of joined sockets) with no AP growth. It also has a useful charge function, dealing more damage the more MP Cid currently has (as a percentage of his max MP). Since it’s very rare that anything uses you MP, and since you can replenish your MP with "Magic Hammer" or a Turbo Ether, it’s very easy to keep Cid’s weapon charged and dealing the kind of damage an ultimate weapon should do.

Make your way to Cosmo Canyon and talk to Bugenhagen, where the group will reminisce about Aeris and ultimately decide on a course of action. Before that, however, Cloud will leave the Huge Materia in Cosmo Canyon with Bugenhagen. After he operates his machine, you’ll be able to interact with the Huge Materia, and finally it’s time to reveal why you worked so hard to obtain it. First, if you investigate the blue Huge Materia and select the option to "Get closer…" and you have the Bahamut Materia and the Neo Bahamut Materia, you’ll be rewarded with the Bahamut ZERO Materia.

Better yet, if you master all the green (magic) Materia, red (summon) Materia, or yellow (command) Materia and interact with the Huge Materia of the same color, you’ll get a piece of Master Materia, which allows you to cast all the spells, conjure all the summons, and use all the abilities associated with that type of Materia. It should go without saying that having access to all the powers of one color of Materia in a piece of Materia that takes up only one Materia socket is pretty awesome, and it’s the reason you were told to gather all the Materia you could find and/or buy throughout the game… and why you were told not to sell any Materia, save the odd mastered All Materia. Of course, it’ll be a bit before you can easily grind for the AP required to master all the Materia of one color, so for now Master Materia is just something to keep in mind, not to really strive for. 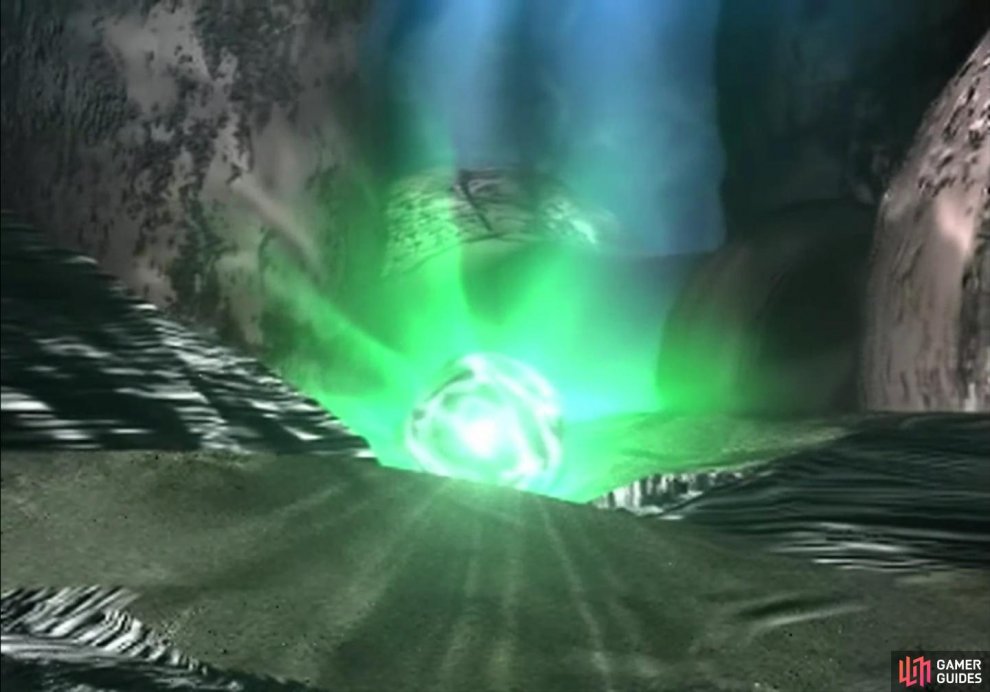 A Prayer for Holy

If you haven’t obtained the "Key to Ancients", now is the time where you must do so to continue on with the game. Get in your submarine and search for an underwater tunnel along the continental shelf of the northern continent. Once you have it return to the Forgotten Capital and at the four-way intersection near the entrance exit to the west, then make your way north, past the house, and to the huge tree roots to the east.

After Bugenhagen ogles some Ancient device in the center of the ruined amphitheater head east around the walkway, move behind some foreground, down some stairs, and cross a narrow stone bridge to reach the device. Bugenhagen will shed some light on how Aeris tried to save the planet (which ultimately led to her death) and will activate the device - the Music Box - with the "Key to Ancients". Head back to the device and witness a scene showing that Aeris’s sacrifice was not in vain… or rather, it won’t be if you can stop Sephiroth from blocking it. Apparently that Materia Aeris’s mother left her wasn’t useless, after all.

Go to leave the city of the Ancients and you’ll get a call with some surprising news. It seems Shinra has been busy, and Rufus, being an intelligent, dynamic young president, already put another plan into motion before the Huge Materia gamble failed. Go to leave the Forgotten Capital and, on your way stop at the Save Point in the house you passed earlier. Get your best, battle-ready team together and if at all possible, sort their Materia so the best, most useful, most in need of AP Materia is on weapons that are not only functional, but powerful. Cloud’s Apocalypse and Cid’s Javelin or Scimitar work great for this. There’s an opportunity coming up to earn a massive amount of AP, but you’ll have to win a fight to earn it, so don’t sacrifice too much survivability for Materia growth.

Once you’re all ready to go, leave the Forgotten Capital and on the world map you’ll be interrupted by the emergence of one of the Weapons - Diamond Weapon, to be specific. It seems Shinra isn’t the only ones on the move. Shinra might be the conventional enemy, but for now, the enemy of our enemy is our friend. Cait Sith drops a truth bomb on Barret and the party ultimately ends up deciding to protect Midgar from Diamond Weapon for purely altruistic reasons… because it’s the right thing to do. Fly the Highwind near Midgar, land, and wait for Diamond Weapon to reach the shore, then engage it on foot.

First thing you should do in this fight is steal the Rising Sun weapon from Diamond Weapon, as it’s the only place in the game you’ll find this weapon. Once that’s done, put up "Big Guard" and start pummeling Diamond Weapon with "Trine", as it’s weak to lightning damage. Why "Trine"? Well, for most of the fight it will be immune to physical attacks, and is resistant to fire. If you have it, Knights of the Round will end the fight in a single casting, but it’s easy enough to defeat Diamond Weapon without going nuclear.

Diamond Weapon’s normal attacks aren’t too dangerous; his normal attack deals around 800 damage, and his fireball deals 600, which is actually quite a bit less than a lot of monsters on the Gelnika can do. If you use too many summons or Limit Breaks, however, it’ll start a countdown, during which time it’s vulnerable to physical attacks. If you fail to defeat it before the countdown ends it’ll unleash its "Diamond Flash" attack, which will reduce everybody’s HP to 1/8th of their current HP, after which a round of "White Winds" or X-Potions will be necessary. If you want to avoid "Diamond Flash" entirely and just pummel Diamond Weapon to death with "Trine", it’s a much simpler fight. If you start to run low on MP, just cast a "Magic Hammer" or two. Or twenty. There’s no way you’re going to put a dent in Diamond Weapon’s absurd 30,000 MP.

Once Diamond Weapon gets bored, you’ll get what is by far the largest XP and AP reward so far; a whopping 35,000 XP and 3,500 AP, which should make all your Materia happy, indeed. Diamond Weapon and Shinra will square off, and the Sister Ray will improve its record against Weapons to 2-0, but this time, Shinra’s upper management isn’t quite so lucky…

Fly to the Great North Cave (north of the Icicle Inn) where Sephiroth lurks, protected by his energy barrier. Now, thanks to Shinra (our heroes!) the energy barrier is a gone. A group of determined individuals bent on revenge and armed with the lofty goal of saving the planet could now descend into the depths of the earth and confront Sephiroth, the cancer festering amidst the planet’s core. Defeating him would free Holy to do its thing and protect the planet, if not, perhaps, humanity. Unfortunately there’s more trouble in Midgar, and with Rufus gone, Kya ha ha and Gya ha ha are free to act on their own, which, given their incompetence, means the larger issue with the Sister Ray is likely to go unresolved. Before you can chase down Sephiroth, it seems you’ll have to deal with what’s left of Shinra, first.