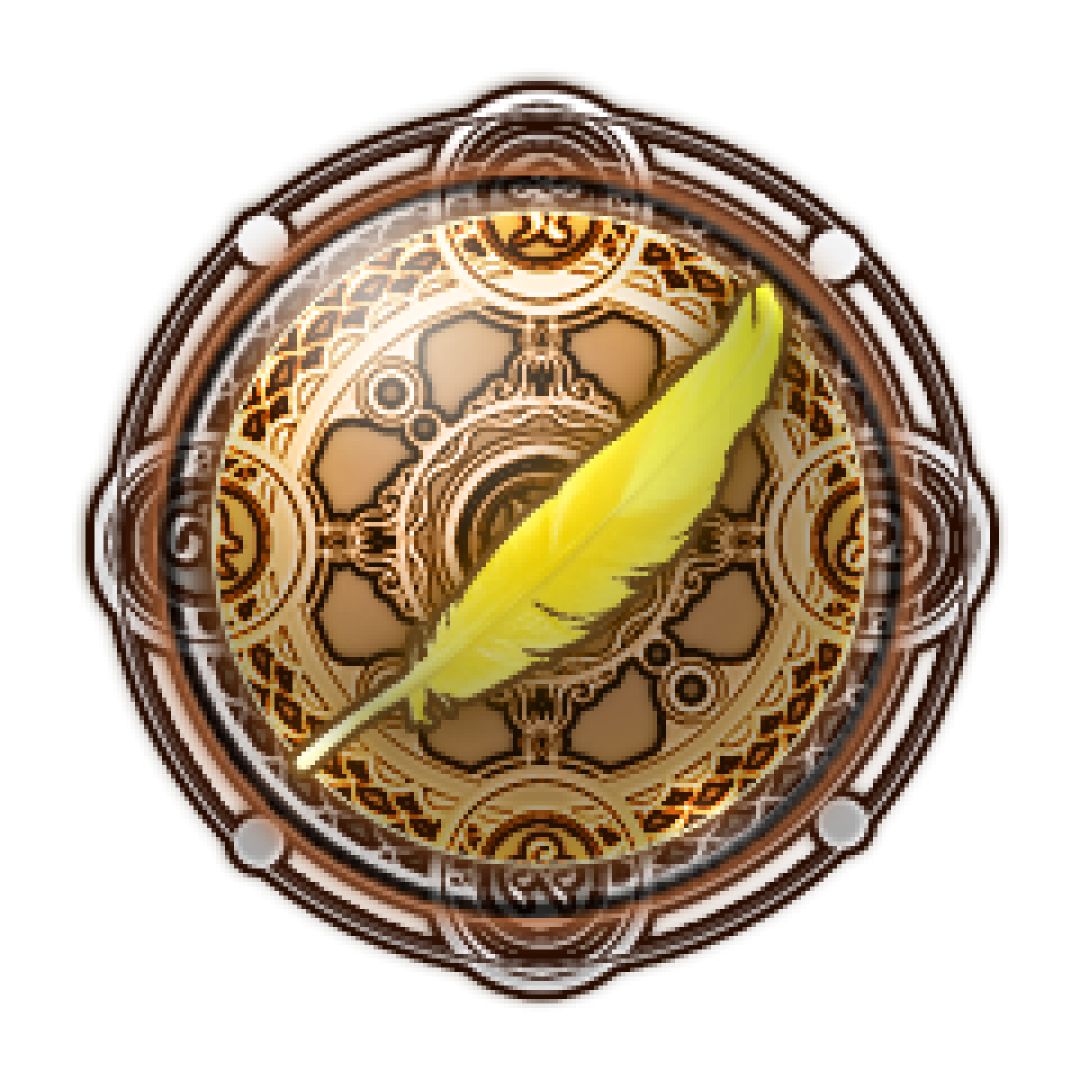 Help Clasko catch a chocobo by the end of Chapter 3.

In Chapter 1, during the Foggy Fiend Frenzy! mission, speak to Clasko before beginning the mission. Once the mission is complete, return to him and invite him onboard the Celsius. In Chapter 2, complete the Cuckoo for Chocobos! mission in Mi'ihen Highroad, and afterwards, return to the agency and invite Clasko back onboard. Fly to the Calm Lands, follow Clasko to the former monster arena, complete the Clean Sweep mission, and you will have unlocked the Chocobo Ranch. Once the ranch is unlocked, you can obtain Gysahl Greens from Clasko. If you use them on a Chocobo you encounter in random battles, you can capture it and send it to Clasko. Do this once before the end of Chapter 3 and this trophy is yours. 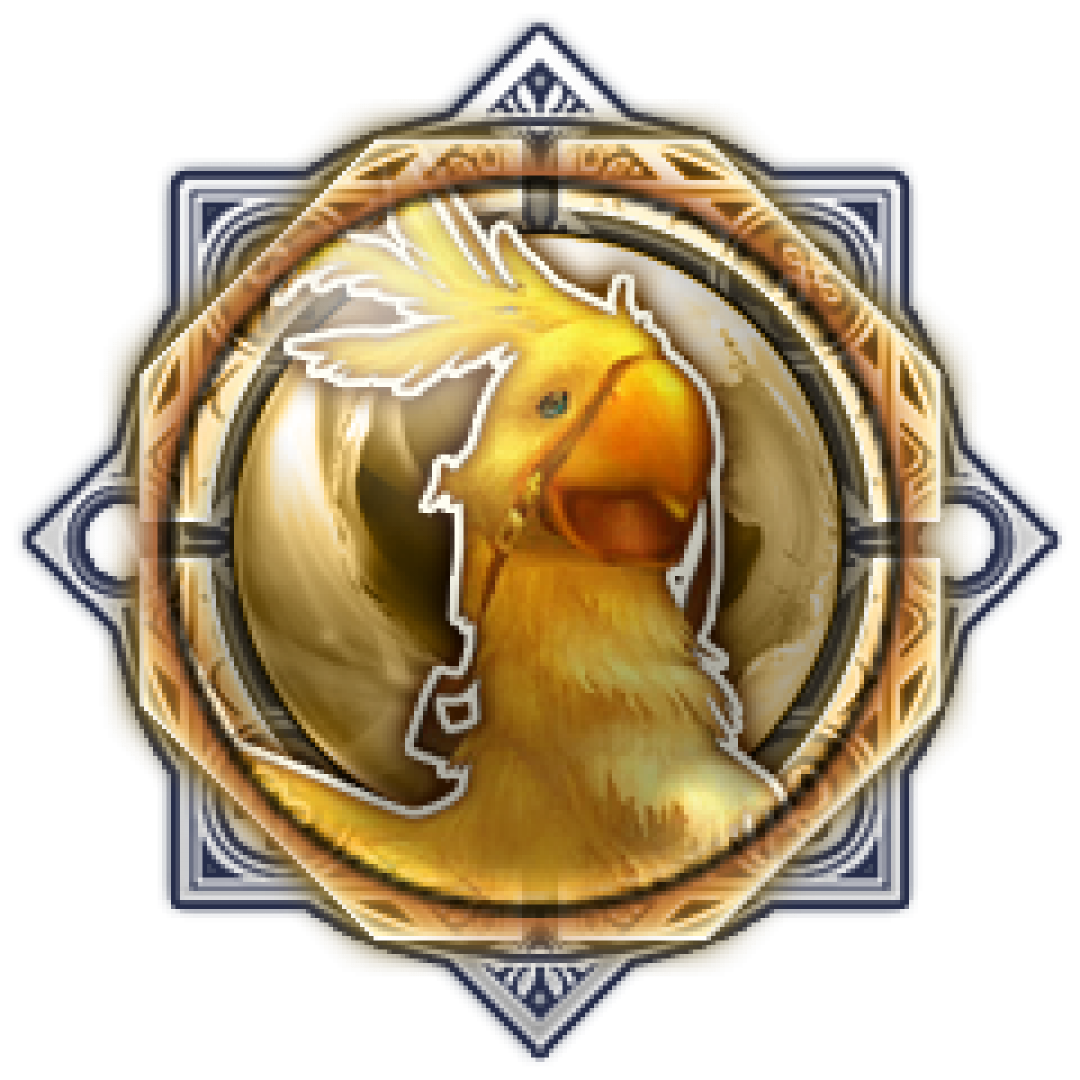 The Amazing Chocobo can be found in the Ruin Depths in the Chocobo Ranch in the Calm Lands in Chapter 5. You will have to have unlocked the Chocobo Ranch (refer to Tricky Trapper for more details) and caught four Chocobos in random battles that are able to reach level 5. To check if they are able to reach level 5, simply talk to them in the ranch, and their nature and max level will be displayed. These Chocobos will be dispatched in the Calm Land; it is preferable if the Chocobos have a Bold nature in order to reduce the amount of Heart lost per dispatch, but it is not necessary. Kilika is a great place to catch Chocobos, and they are more likely than not to be Bold there. Once you have four Chocobos that can reach level 5, set them as the Choco-Runners and follow these steps:

1. Dispatch all four Chocobos to the Calm Lands, fight seven battles, and return to Clasko to see that all the Chocobos have returned. **Always save before speaking to Clasko. If any Chocobo ran away, reload and try again.

2. Refill your Chocobos' Heart and level them up to level 2. Dispatch them to the Calm Lands, fight seven battles, and return to Clasko.

3. Refill your Chocobos' Heart and level them up to level 3. Dispatch them to the Calm Lands, fight seven battles, and return to Clasko.

4. Refill your Chocobos' Heart and level them up to level 4. Dispatch them to the Calm Lands, fight seven battles, and return to Clasko.

5. Refill your Chocobos' Heart and level them up to level 5. This time, only dispatch the first three Choco-Runners (1, 2 and 3) to the Calm Lands, fight seven battles, and return to Clasko.

6. Refill your Chocobos' Heart. This time, only dispatch your last three Choco-Runners (2, 3 and 4) to the Calm Lands. After seven battles, return to Clasko, and he will inform you that the Chocobos have discovered a secret dungeon in the Chocobo Ranch.

To reduce the chances of a Chocobo running away, fill up your ranch with fourteen Chocobos, the maximum your ranch can hold.

Once you reach the Ruin Depths, the Amazing Chocobo can be caught by reaching the end of the dungeon, defeating the Anything Eater, and opening all locked walls. Once all the walls have been unlocked and opened, the Amazing Chocobo can be caught by simply reaching it, and the trophy will pop. If you are having difficulty navigating the Ruin Depths, consider equipping a Charm Bangle to eliminate random encounters. 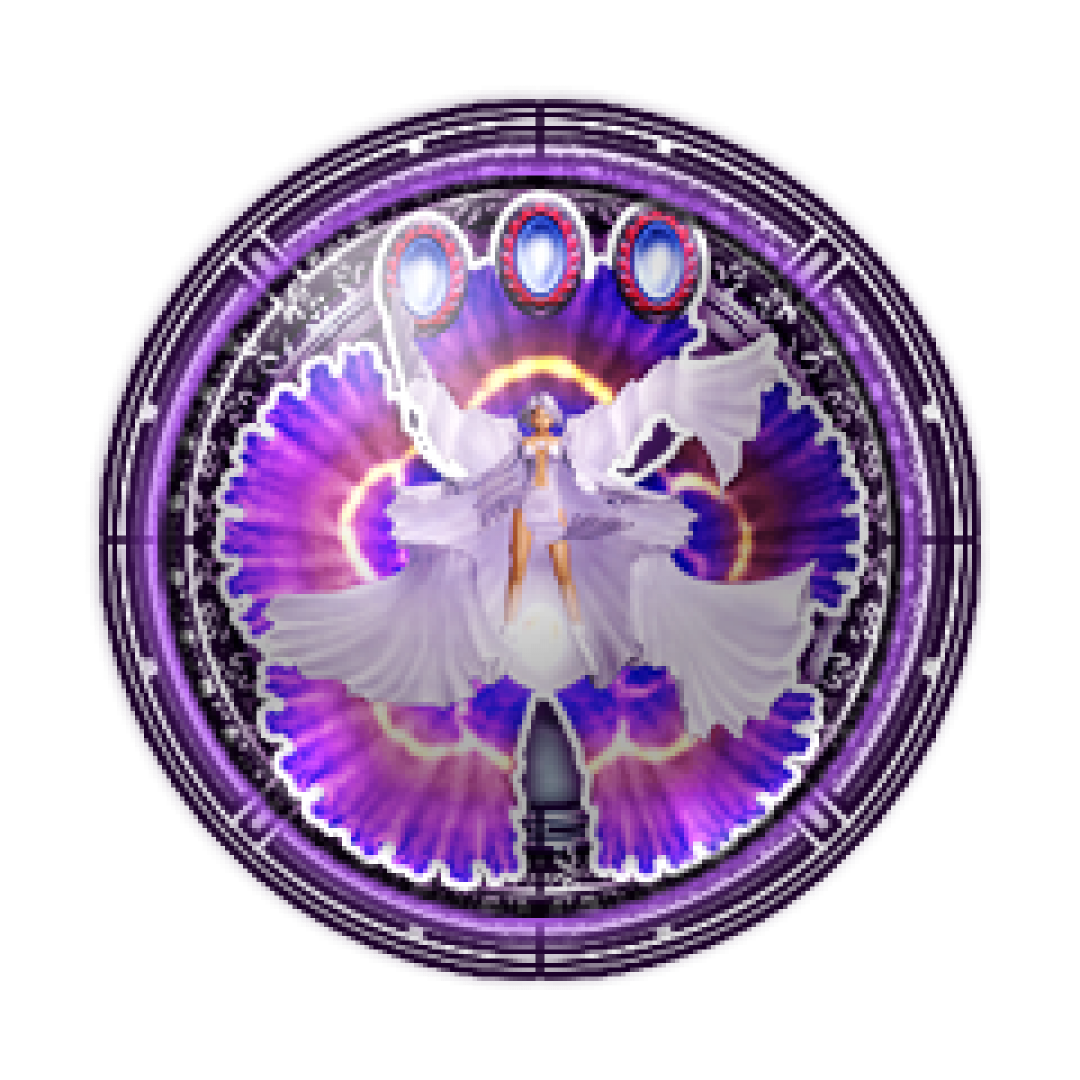 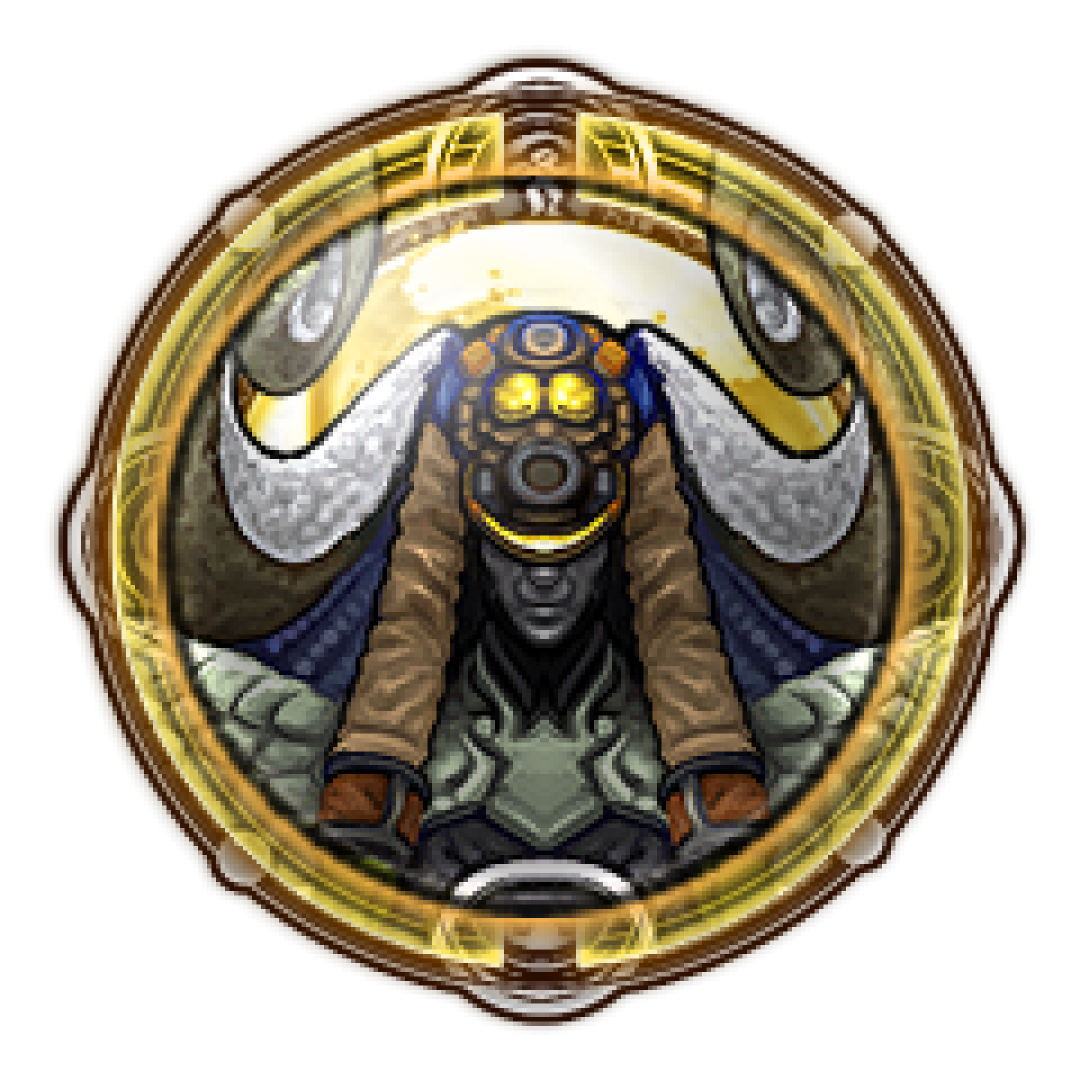 This trophy will unlock once you've filled every entry in Shinra's Bestiary. It is not associated with the Creature Creator and fiend tales in any way. You must encounter every enemy and also encounter them Oversouled as well. Every Oversoulable enemy in the game can be encountered in the Via Infinito in Chapter 5, except for Precepts Guard and Georapella in the Bevelle Underground (refer to Treasure Hunter for more information). In order for an Oversoul entry to be added to Shinra's bestiary, it is not necessary to defeat it. You can defeat a specific enemy type in the lower levels of Via Infinito until it Oversouls, flee, then encounter the fiend you need to Oversoul in the floors of Via Infinito where it appears. When you enter the battle and it Oversouls, you can flee and its entry will still be counted. This is useful for the difficult fiends that appear on the upper levels of the Via Infinito. Alternatively, you can use the Battle Simulator in the Fiend Arena of Shinra's Creature Creator and battle a specific fiend until it Oversouls, then find its counterpart(s) that you need to Oversoul in the Via Infinito. Certain fiends are required to be beaten outside of the Via Infinito first in order for them to appear in the dungeon.

Azi Dahaka: Found in the Farplane in Chapter 5 if you attempt to go through an electrical gate without first deactivating it. It can be Ejected from battle

Chocobo Eater: Found at the end of the Cuckoo for Chocobos mission at the Mi'ihen Highroad in Chapter 2. You must encounter Azi Dahaka and Chocobo Eater for them to appear in the Via Infinito. Failing to do so means you will need to do a NG+. 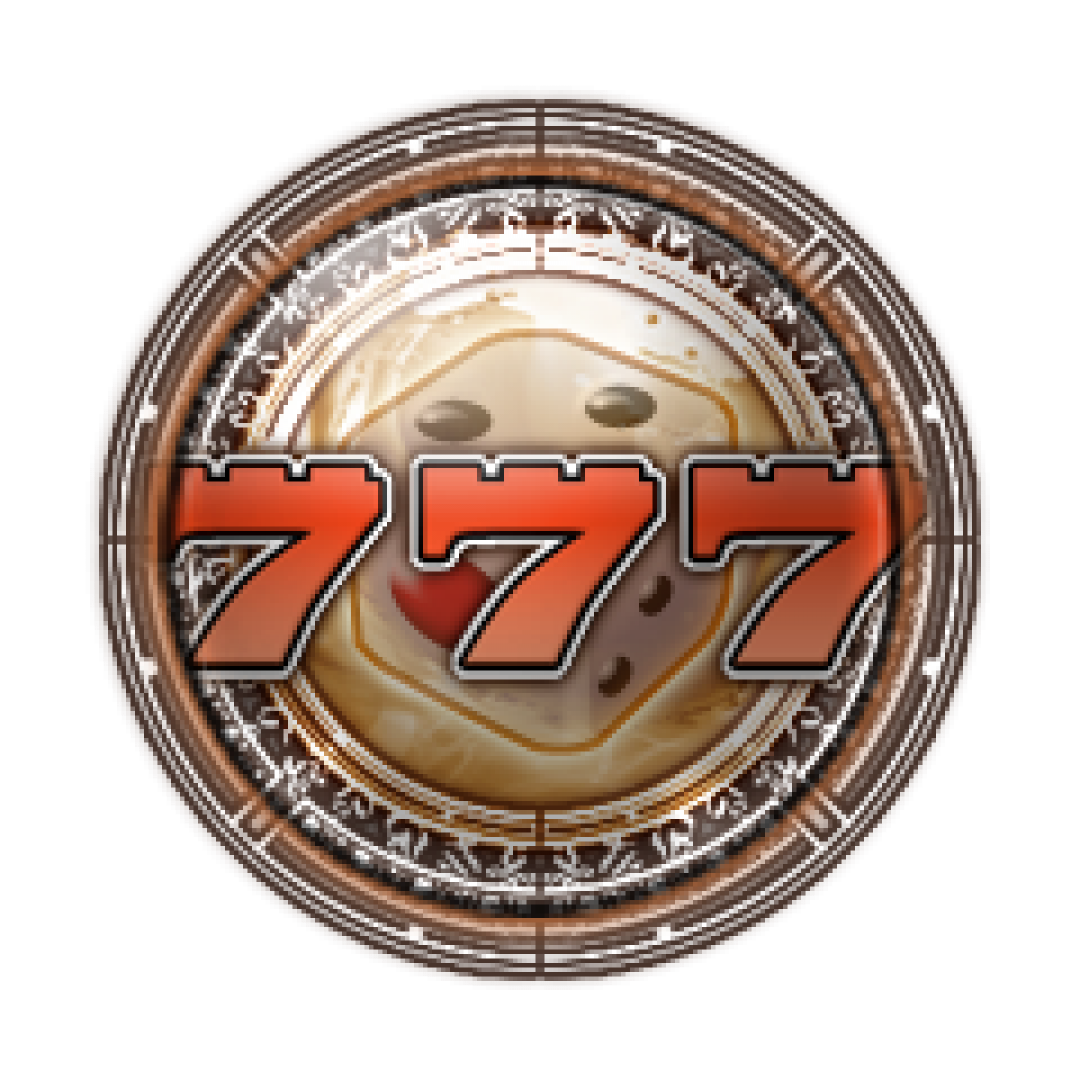 Roll the same number on all the Gambler's Dice.

Using Lady Luck, continuously use the Two Dice ability until the same two numbers are rolled and this trophy will unlock. 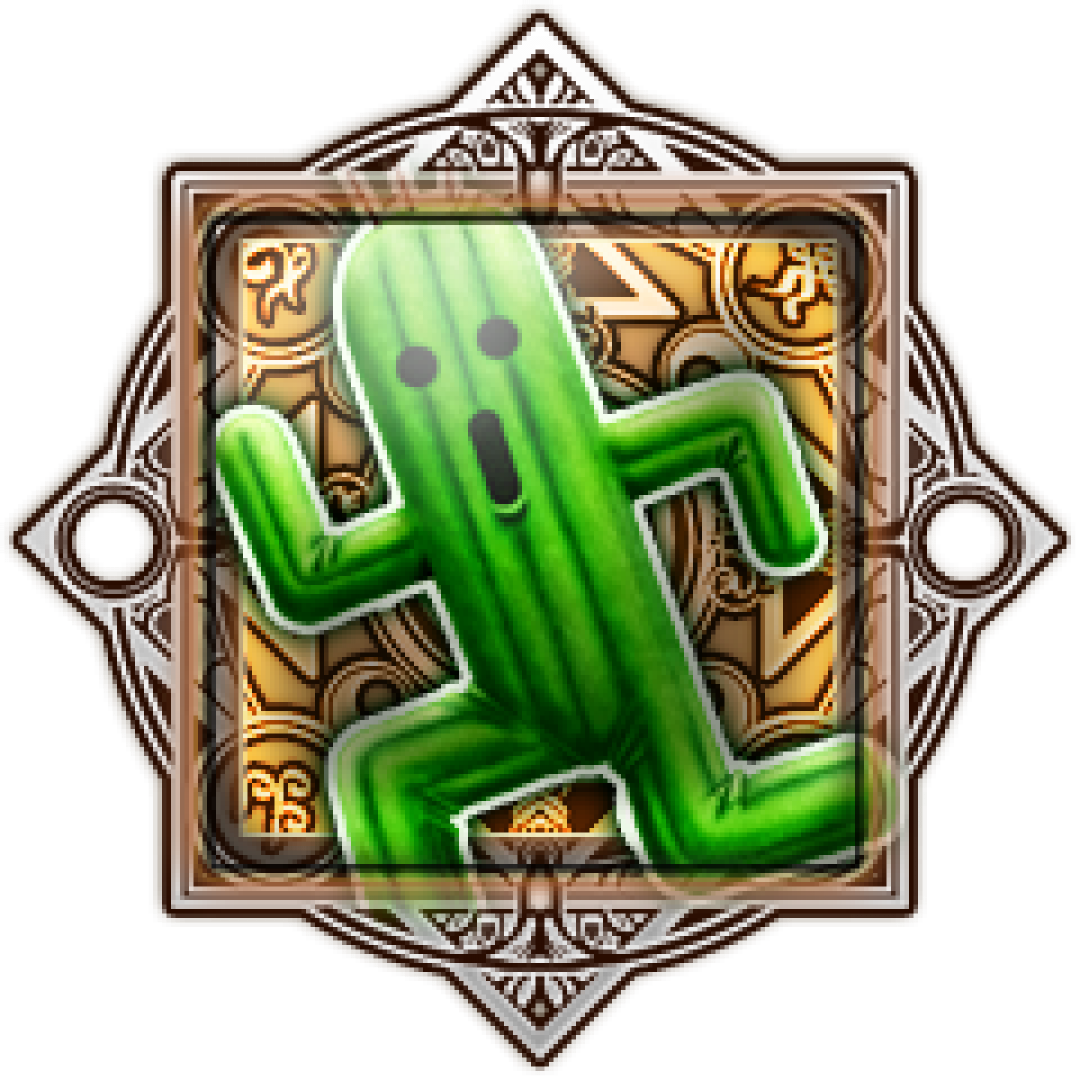 This is the only trophy associated with the Creature Creator. Simply view a fiend tale and this trophy will unlock. To view a fiend tale, a fiend must be leveled up five times and released at the "Creature History" section of the Creature Creator. All your fiends also receive a fiend tale bonus everytime you complete a chapter. Thus, if you keep the same fiends for the majority of the game, you will be able to watch their fiend tales near the end of the game without having to do much work. 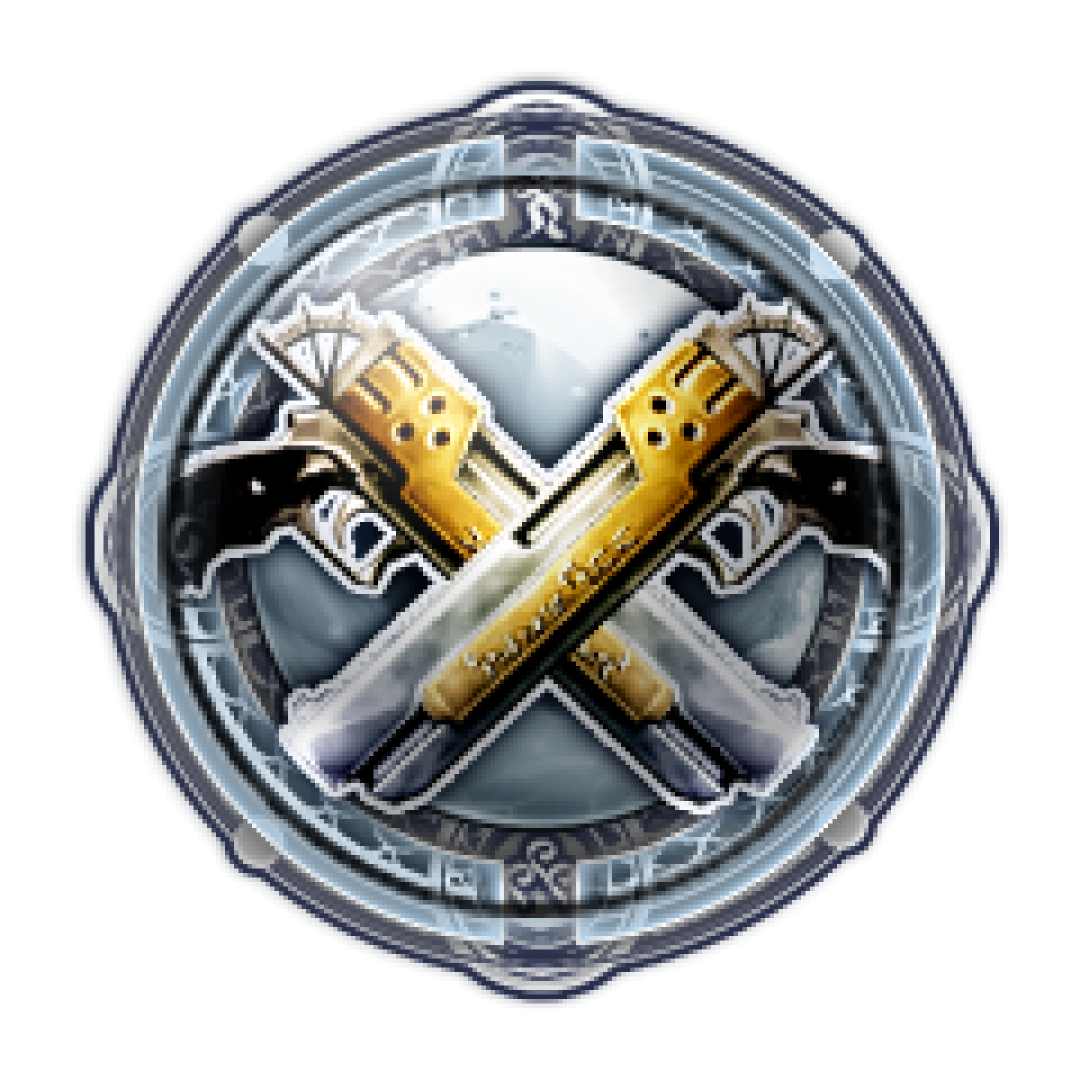 There is a very exploitable trick that will help immensely in unlocking this trophy. In the Waterfall Way, the screen with the waterfalls, if you position Yuna against the fence right before the final waterfall of the screen, the fiends will simply run past her without attacking her. Thus, you can simply shoot them point blank and amass as many points as you want.

Use this fiend blind spot until you are able to reach level 6 of the Gauntlet. Don't be afraid to use Death and Dual ammo, and give yourself a minute to make your way to the Beach and finish the Gauntlet when you have as many points as you want. Level 6 is obtained by amassing 1,300 points in total. Bicoette fiends begin to appear in this level at the Waterfall Way. These fiends are the short fiends that are purple and yellow in color. These fiends drop the Volley ammo, which can kill every fiend on-screen in one shot. Waiting at the blind spot when a large amount of fiends come on-screen and unleashing a Volley will yield a large amount of points, especially when the Chain Gauge is at level 3. Further, when you get the ability to combine ammo, combining two Death ammos will yield you one Volley ammo.

Continue using the blind spot and Volley ammo until you have amassed a total of 2,800 points. Once you have, make your way to the Beach and end the game. For acquiring 2,800 points, your trophy will unlock, and you will also be rewarded with the Adamantite accessory. This trophy can be obtained as soon as you can play the Gunner's Gauntlet in Chapter 2. 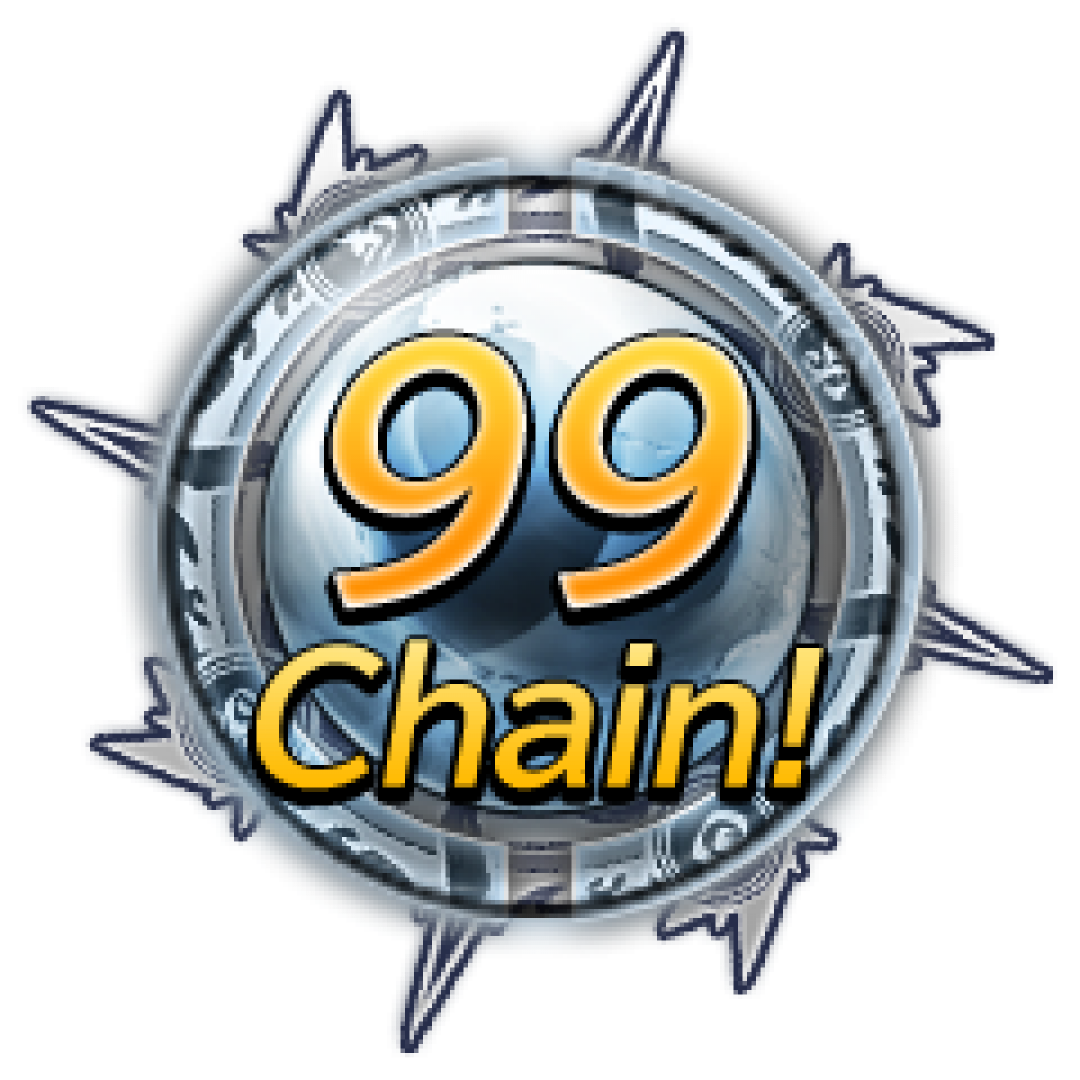 This trophy will unlock once you have achieved a chain of 99 during battle. This task may sound daunting, but it is possible against Chac, an enemy that appears as a boss on the 80th floor of Via Infinito, and as a regular enemy on floors 81 to 99. Chac is an excellent enemy to perform a chain of 99 against for two reasons: she has over 430,000 HP, allowing you to safely perform over 99 attacks without killing her and ending the battle, and she has a rather long stagger animation. This is important because as long as you are able to attack her before the stagger animation ends, your chain will still increase. This gives you breathing room of around one or two seconds between attacks if you are not able to attack her right away. There are two methods that can be used to achieve a chain of 99:

The first method involves having a party of three Thieves. Because Thieves attack twice in one turn, their regular attacks are very useful in achieving a chain of 99. Equip Yuna and Paine with the Speed Bracer for Auto-Haste to speed up their attack animations. Simply continue attacking Chac with the girls one at a time until you achieve a chain of 99, and Chac will never even get one attack in due to constantly being staggered. Be warned, however, that this method will not work if your girls are at a high level. Above level 90, you will kill Chac before reaching a chain of 99.

The second method involves having a party of three Gunners, each with Trigger Happy Lv. 2 and Trigger Happy Lv. 3 learned. Speed Bracers are not necessary for this method, but are recommended. When the battle against Chac begins, wait until your three girls' ATB gauges are all filled up, then unleash the first Trigger Happy. You do not need to begin your next Trigger Happy right away due to Chac's long stagger animation, so you can give yourself about half a second or so to let your previous character's ATB gauge begin to fill. Keep repeating this process until you reach a chain of 99.

Inflicting critical hits prolongs the stagger animation slightly, allowing you more time for your next attack to be a chain attack. To increase a character's luck, equip the Rabite's Foot accessory (rare drop from Jumbo Cactuar or common drop from Oversoul Jumbo Cactuar) to increase her luck by 100 points, or equip the Ray of Hope Garment Grid (obtained by getting an Episode Complete in Macalania Woods) to increase her luck by 30 points. 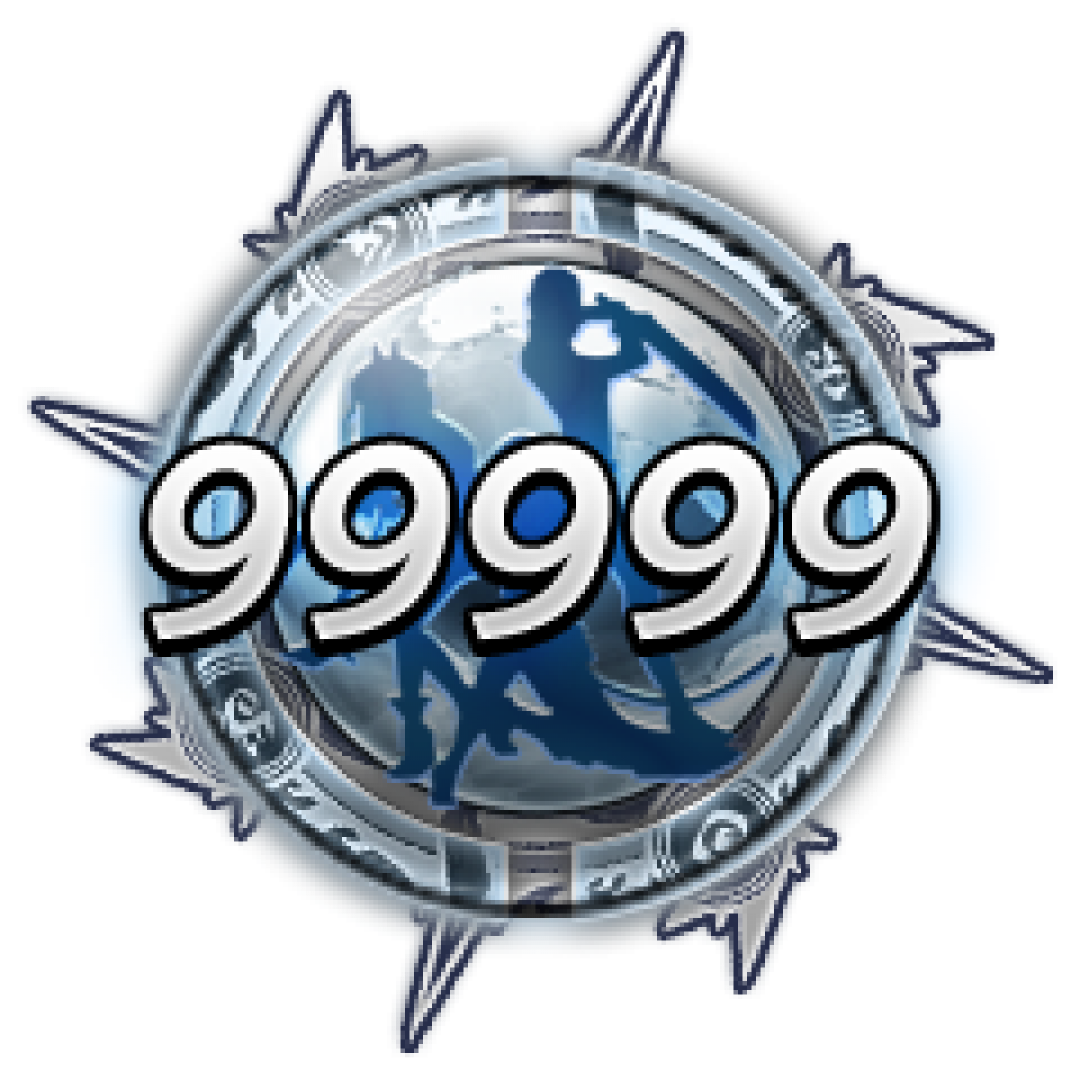 In order to even be able to deal 99,999 damage, you will need to have the Break Damage Limit ability. Break Damage Limit can be obtained using the Higher Power Garment Grid, obtained for clearing the Ruin Depths dungeon in Chapter 5 (refer to Chocobo Whisperer for more details), or The End Garment Grid, obtained by Oversouling every Oversoulable fiend in the game and entering Shinra's bestiary (refer to Monster Master for more details). The Invincible accessory also grants Break Damage Limit. It can be obtained by speaking to a man with a camera in the second screen of Kilika in Chapters 1, 3 and 5. In Chapter 5, he will ask you if you want to go to the new Youth League HQ. Say yes, and you will be able to find the Invincible accessory in this area.

With Break Damage Limit, it is simply a matter of using a powerful attack against an enemy with low defense. If you have the Mascot dressphere, Yuna's Moogle Beam or Paine's Cactling Gun abilities are a good option because they ignore the enemy's magic defense and defense, respectively. Thus, equipping accessories that increase Yuna's magic attack or Paine's physical attack, and using Songstress buffs (Battle Cry to increase physical attack, Esoteric Melody to increase magic attack), Moogle Beam and Cactling Gun will be able to hit for 99,999 damage against a weak enemy on the lower levels of Via Infinito. 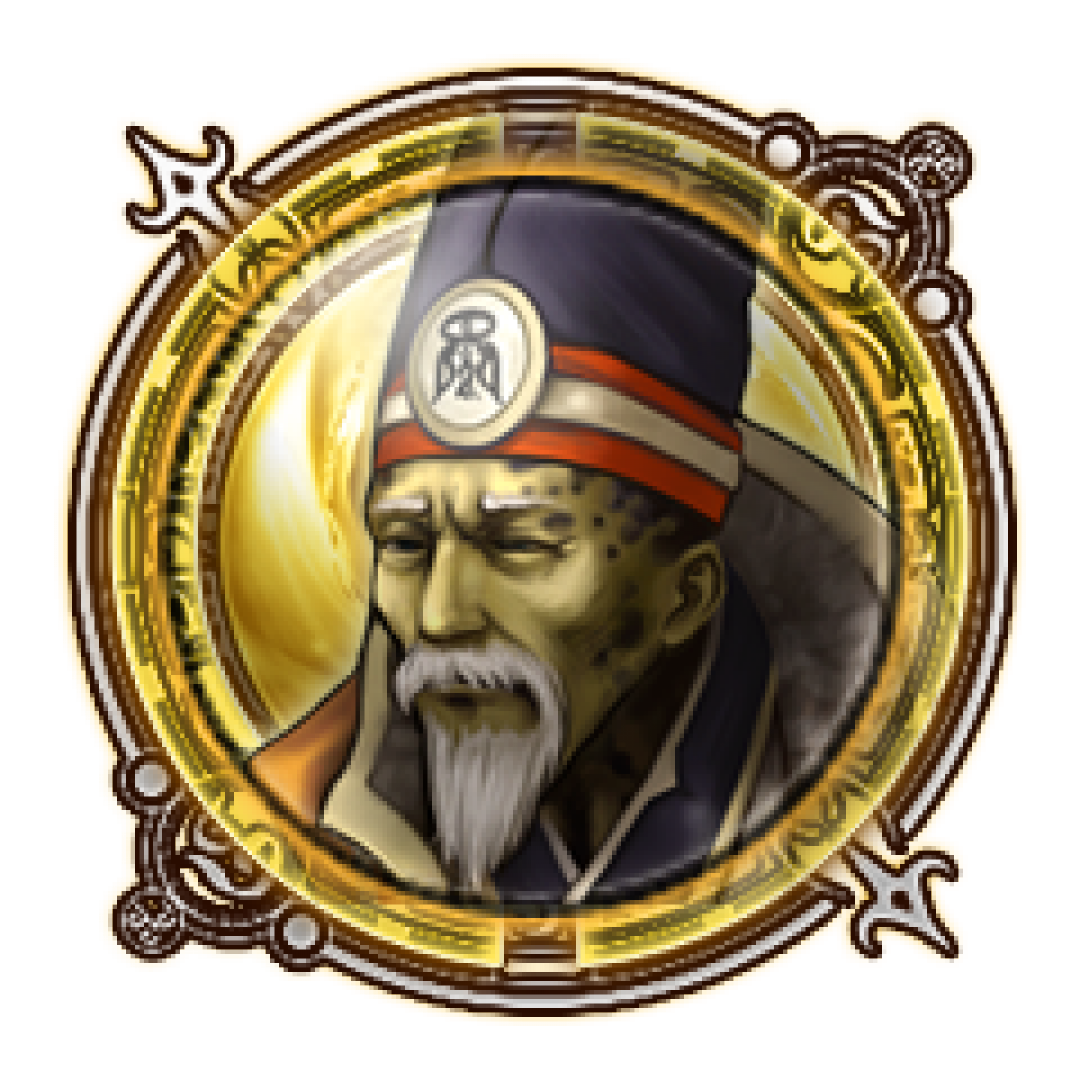 You must kill Trema, a boss found at the end of the Via Infinito . See that section for details on how to defeat him.