This chapter is much like Chapter 7, oddly enough, in that you’ll be using Cloud as your blaster caster to tear through enemies. For part of the chapter you’ll use Fire + Magnify and Fire + MP Absorption, while later you’ll swap Fire Materia out for Lightning Materia. Tifa and Barret should always keep Lightning Materia handy, as the sturdier foes in the chapter are weak to lightning, otherwise they’ll equip whatever element Cloud has on attached to Elemental on their weapon. 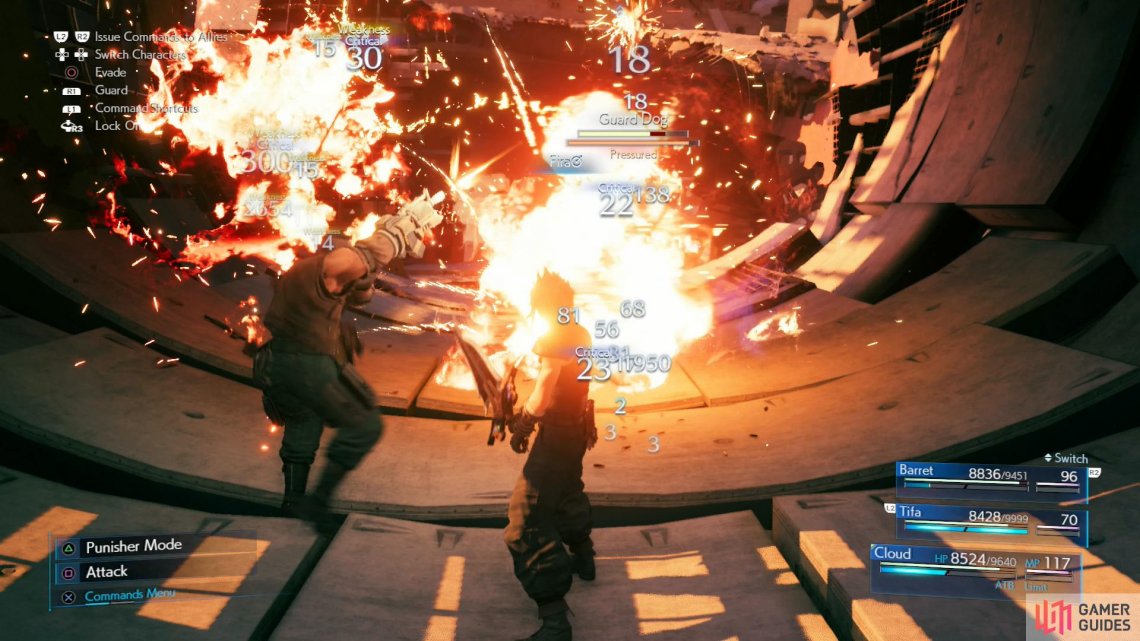 (1 of 2) With Cloud as your blaster caster, you’ll be able to dispatch most foes on the map with Fira + Magnify, 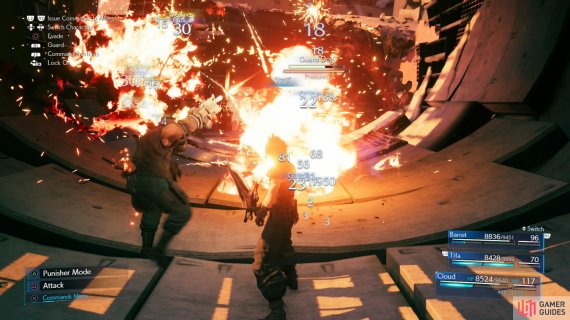 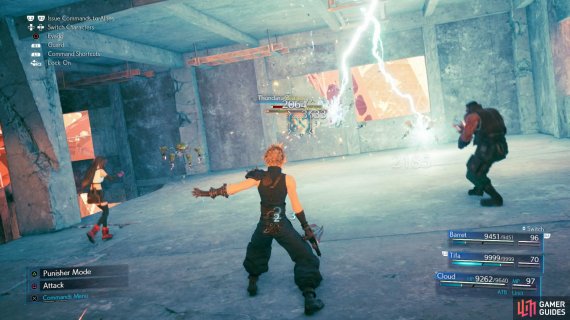 With Cloud as your blaster caster, you’ll be able to dispatch most foes on the map with Fira + Magnify, (left), or Thundara + Magnify. With MP Absorption, you won’t even deplete your MP much doing so. (right)