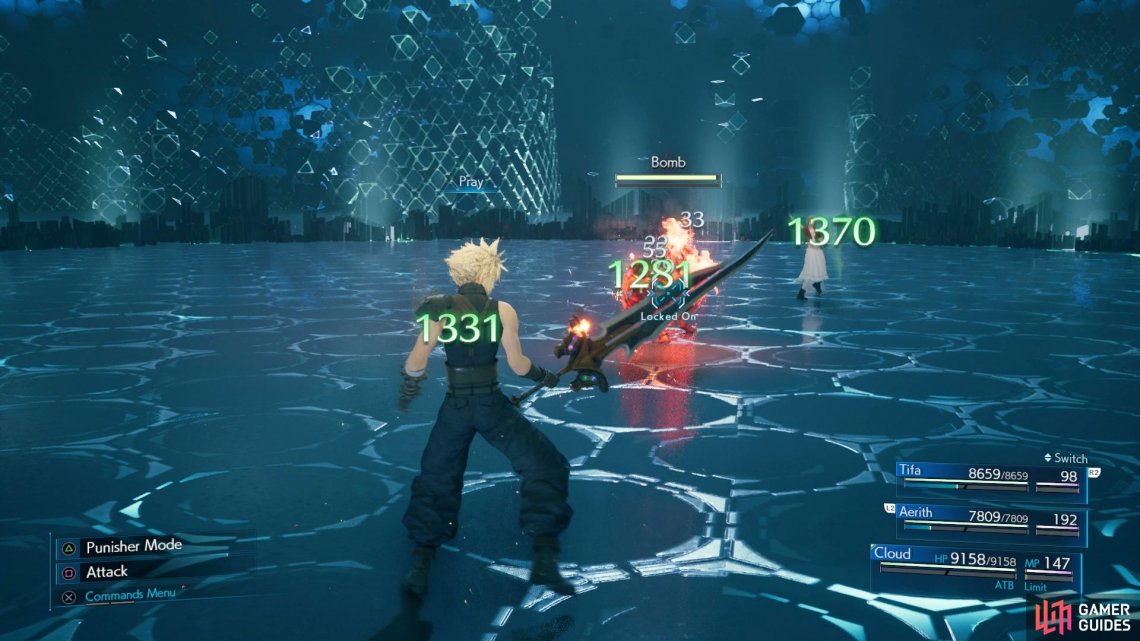 Another Materia where that really shines on Hard Mode once MP becomes more of an issue. For 2 ATB, the character will use Pray which restores HP based on the rank and your Magic Attack Power value on the entire party. Once at MAX and set to Aerith, you’ll be recovering most of the party’s HP easily on Hard, leaving Magnify set to something more useful such as Barrier.