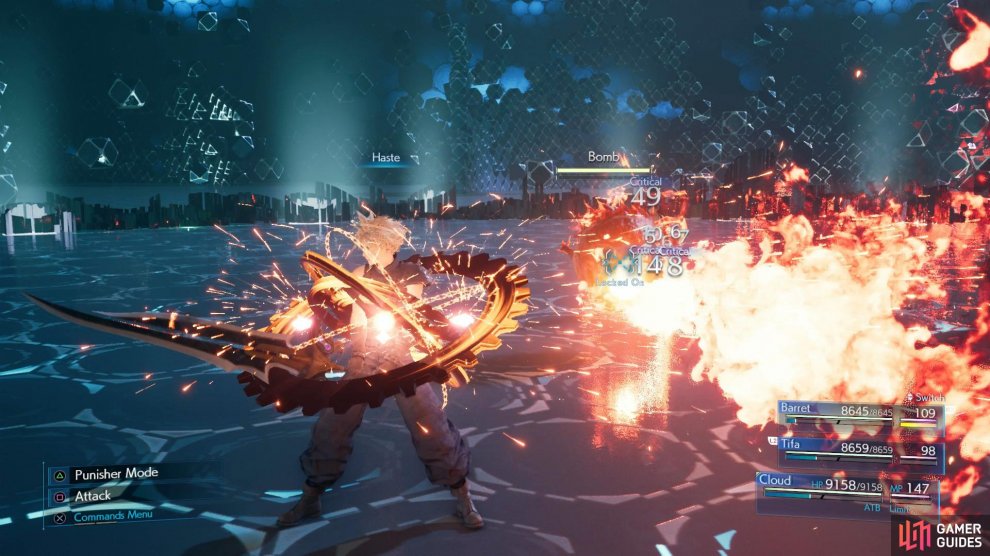 This is useful Materia that doesn't come until the later half of the game. Haste will increase the rate at which the ATB gauge fills although at times it's not enough to justify using it. Slow likewise will do the same but to the enemy but Stop is the real interesting spell here. It has many uses and there are the odd one or two bosses that can be struck with it. Additionally, you can cast Stop on an enemy who is Staggered to prevent the gauge from dropping.