Warning! You must undertake this tournament as soon as you gain access to it in Chapter 9 and before your return to Madam M. Doing so will cause Aerith to leave your party and you’ll never get another chance to complete this battle and will need to wait until you finish the game and unlock Chapter Select.

This is another Solo matchup which shouldn’t cause too many issues, this time it’s Aerith alone versus five rather simple enemies and yet again, the reward is too good to pass up. To make life easier for yourself, slot Elemental-Ice to Aerith’s weapon and make sure you bring along Wind materia for the final battle along with the Cure spell as items are forbidden.

Your first battle isn’t really one at all, a simple bout against two helpess Wererats. They’re weak to Ice but you really shouldn’t need to make use of magic, instead just simply attack them to save on MP.

Another rather simple battle, you’ll be up against two Gorgers and a Blugu with the latter being the main priority. As you may already know, these tricky enemies will put you to sleep with the Slumber Spume ability if left alone so make sure you charge in and defeat it first. If you take too long, you could find yourself in a loop of getting bound by Feast and then put to sleep. You’re better off just attacking the Blugu while avoiding it’s attacks however Sorcerous Storm can be useful if you find yourself in the middle of all the enemies. 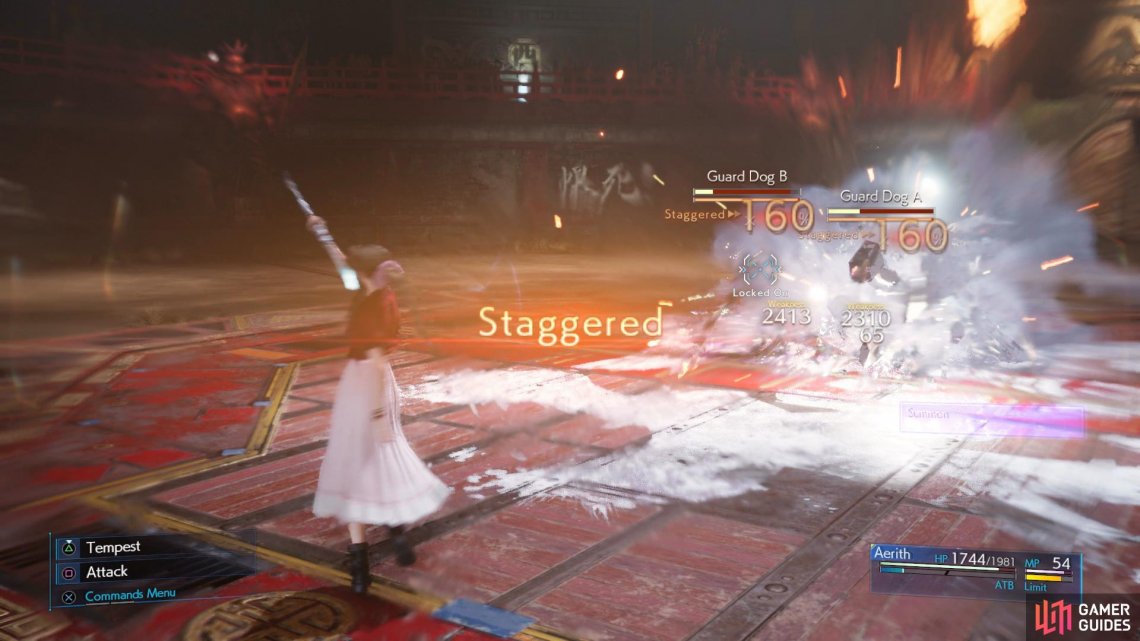 You can time Blizzara to hit both dogs at once, making the battle even easier.

A little more damage output to deal with in your next bout, these two Guard Dogs can inflict plenty of damage if you’re not careful so hopefully you slotted Elemental-Ice to give yourself an eaiser time here. You’ll want to make use of Blizzard spells here to take them down easier but ignore Arcane Ward as you’ll need to dodge frequently to avoid their attacks.

The battles are strating to get a little more involved at this point if not still rather easy to deal with. The Grashstrike will inflict Slow with the sticky threads they spew so make it your primary target before dealing with the Hedgehog Pie who will stick back to cast Fire so you have a bit more time before dealing with it. Keep an eye on your HP here, should you have Slow on you, you could find yourself taking some damage here. Once again, Blizzard spells are king, especially if you make use of Arcane Ward this time around. 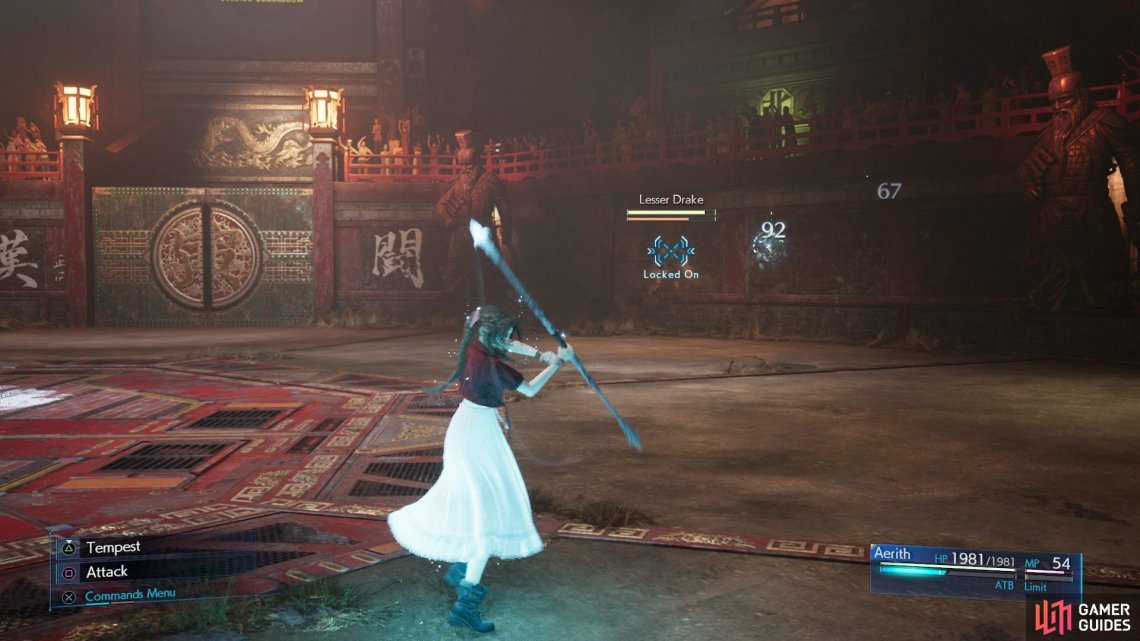 Aerith can simply attack from range against the Lesser Drake.

The final battle sees you up agains a single Lesser Drake and the difficulty lies in if you took the Wind Materia along with you for the battle. You should have a much easier time with this battle compared to with the melee characters as your regular attacks can hit it in the air. What’s more, If you have Wind materia, a single cast of Aero(ra) will both hit the weakness and cause it to lower to the ground.

Your reward for a rather simple tournament is the incredibly useful Legacy: Planet’s Protection, this will unlock Aerith’s Level 2 Limit Break, Planet’s Protection and you should change over to it immediately in the Battle Settings menu to begin making use of it.