You'll have two party members available to you for this battle (or Cloud and Aerith if clearing this as soon as possible) and your opponents are still nothing overly difficult. To make life easier for yourself, consider slotting Elemental-Fire on Cloud along with another Fire on Aeirth as all of your opponents are weak to it. Once again, remember that you're unable to use items in here so be sure that at least Aerith has Healing Materia set.

To get things started, you'll be up against two Corneo Lackeys and a Bandit, all of which are weak to Fire. There's really not much to mention about these enemies and you should find that a single Triple Slash from Cloud will do most of the work for you. If for some reason you are struggling, sling Fire spells with Aerith to finish them off.

Just the one Corneo Lackey to deal with this time and although he has more HP than the previous two Lackeys, he's still the same pushover. Concentrate on him with Cloud's Triple Slash and Aerith's Fire spells to bring him down quickly. 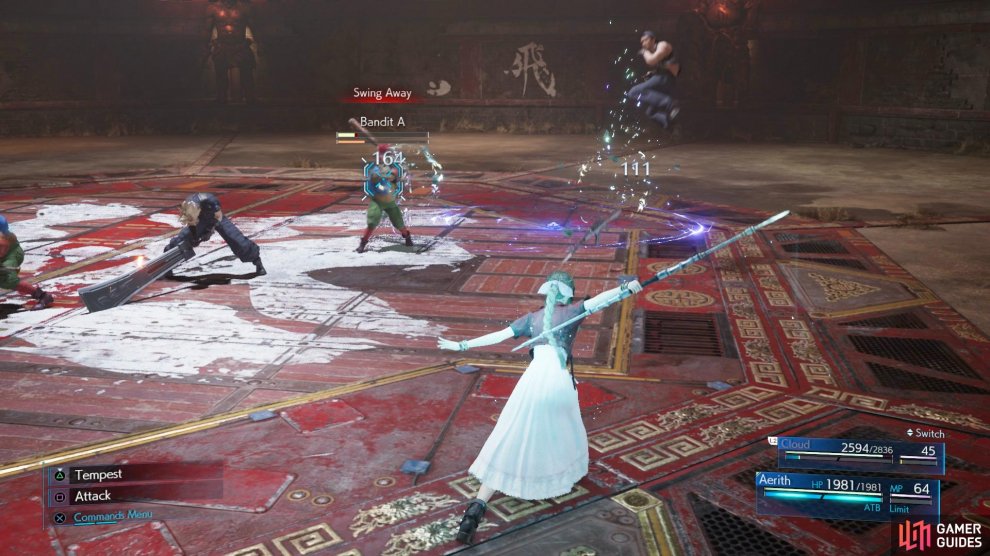 One Corneo Lackey and two Bandits are you opponents for this round and although the Corneo Lackey has a firearm and in turn, can attack from range, this group of enemies is no different from before with the same weaknesses. Focus on the Corneo Lackey first before dealing with the two Bandits after. These Bandits can leave electrical mines on the ground which, when stepped on, will stun you, they'll then follow this up with Swing Away so be sure to switch to the other character to stop them from getting the ability off.

A rematch with The Huntsman from Chapter 2 awaits you in the next round and the battle plays out the exact same way. Make sure you take the opportunity to Assess him this time and then pelt him with both Fire spells (combined with Arcane Ward if possible) and back attacks.

The final round will see you up against all three types of enemies you've fought in the previous rounds. You'll certainly want to make use of those Fire spells with Aerith here to whittle the numbers down so that you can leave the battle to just you and The Huntsman once more. There's not much else to this battle, avoid the electrical mines, heal up if HP drops low and keep on slinging those Fire spells. 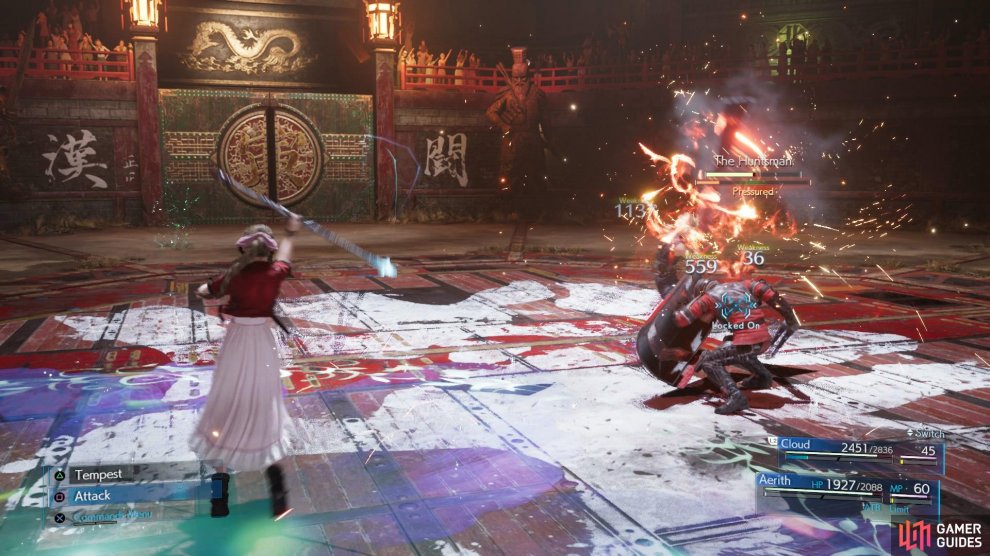 Your reward for this tournament is the Clarity Pendant, this accessory works well with the Refocus Materia, filling your entire ATB gauge when you use the limit break in question.