You'll have two party members available to you for this battle (or Cloud, Tifa and Barret if clearing this as soon as possible). To make life easier for yourself, consider slotting Elemental-Ice on Cloud along with making sure to cover the Lightning and Wind elements across your other character. Once again, remember that you're unable to use items in here so be sure that at least one character has Healing/Revival Materia set. As for the characters to choose, Cloud and Barret are a good pair, Barret's tanky nature and ability to hit at range will be useful.

You'll start off against a Hedgehog Pie King and a regular Hedgehog Pie and you'll want to focus your attention on the more deadly King first. If you remember back to when you fought the King before, you'll remember that it likes to spend time buffing it's allies so focus on it with Ice spells and Barret's Overcharge-Maximum Fury combo to bring it down before easily finishing off the regular Hedgehog Pie.

You're up against just one enemy here, a Wrath Hound, a tricky foe with plenty of HP to boot. You'll want to control Cloud here and switch to Punisher Mode to deal with most of it's attacks, taking the time here and there to switch to Barret for Overcharge-Maximum Fury. The Wrath Hound can bound one of your characters with the Throat Clamp ability so be sure to quickly switch and strike it to free your companion. 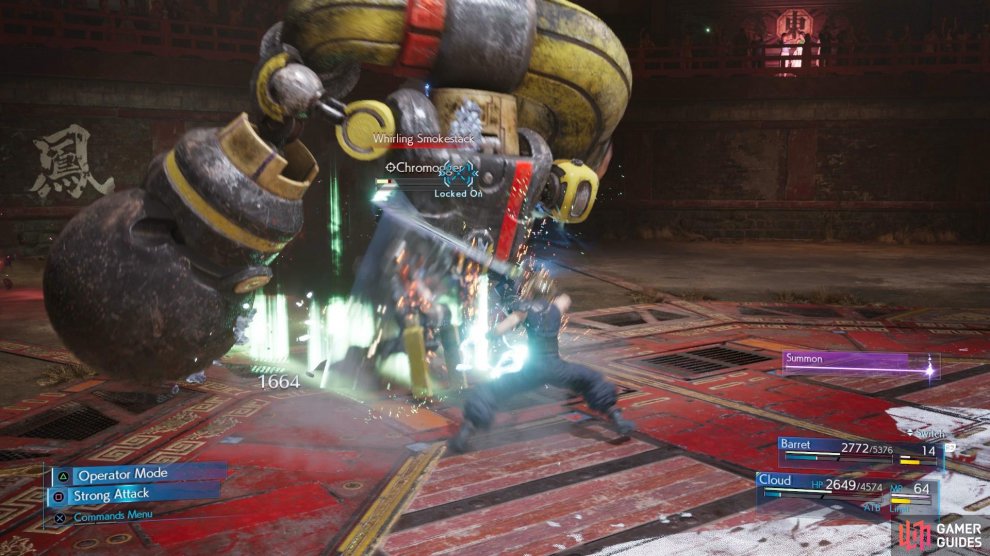 It starts to get a little more difficult from here on out, your next opponents are a Doomrat and a Chromogger, the more deadly of the two. Focus your attention on the Doomrat to begin with, who is weak to Ice so a combination of strikes from Cloud with Elemental-Ice and Blizzard spells are enough to take it down. The Chromogger on the other hand is a lot sturdier, you'll want to make use of Thunder spells cast on it's wrecking ball to drive the Stagger gauge up. Be especially cautious of when it goes into a rampage, ignore offense at this point and wait until it calms a little. Blade Burst is especially effective against it, allowing you to deal damage to the Iron Sphere as well as Chromogger.

The next battle sees you up against a Bomb and a Cerulean Drake, two enemies that you can learn Enemy Skills from (although it's much safer to do this outside of the Colosseum). To begin with, focus on the Cerulean Drake by using both Aero spells and Barret's Overcharge-Maximum Fury combination. Once that's dealt with, you can apply a little more care to the Bomb, remember to avoid striking it when it uses the Inflame ability, taking the opportunity once it uses Fireball to really drive up the Stagger gauge. Remember, if it Swells too much, get away to avoid taking damage from the soon to come Self-Destruct. 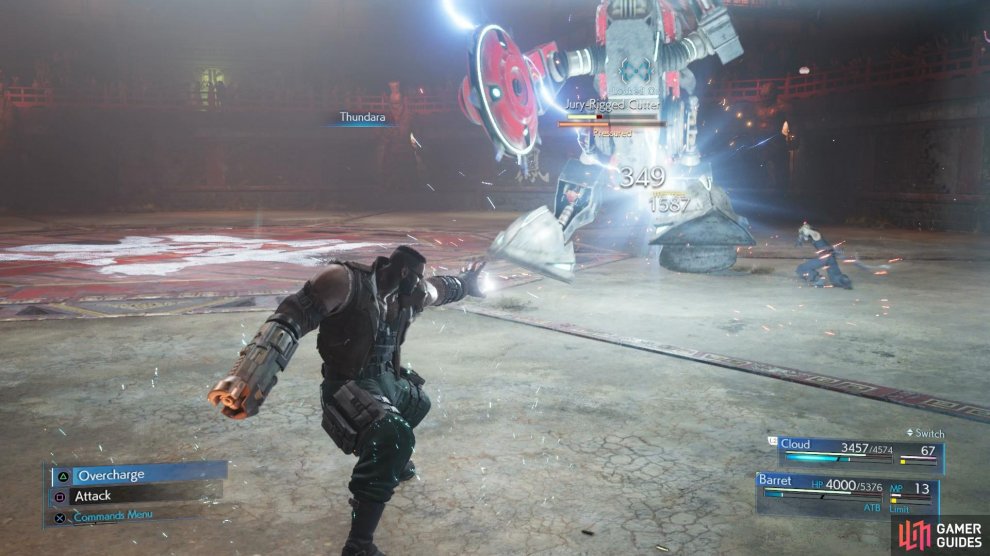 The final battle is against a Mark II Monodrive and the dangerous Jury-Rigged Cutter, both of which you can steal Turbo Ethers from. As you may suspect, you'll want to deal with the Mark II Monodrive as quickly as possible, strike it with Cloud and switch to any magic, but especially Aero, to break it's barrier before finishing it off. The Jury-Rigged Cutter on the other hand will be causing a nuisance the entire time but like all Sweepers, are weak to Thunder spells.

Your reward for this tournament is the Moogle's Amulet accessory, this will increase the drop rate of items.